Awake in a Forest 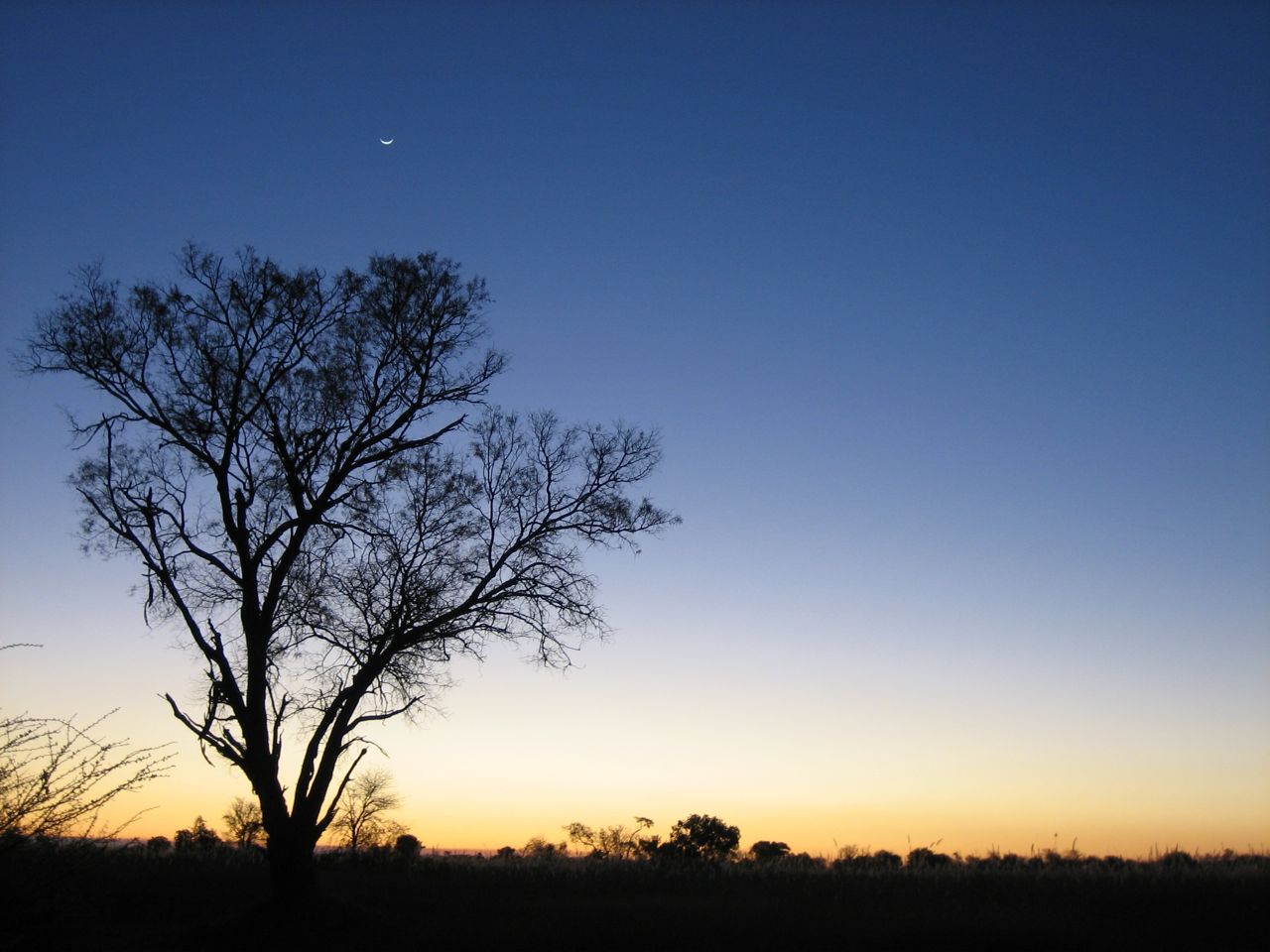 I awoke with a start in the blackness. Something was moving through the trees behind my tent.

I lay listening, my heart thumping, as branches snapped and the small mopane trees shook. The sounds seemed to be coming from different directions, which confused me until I realized there was more than one Something out there. There were several.

And then, a powerful trumpeting sound - the unmistakable call of an elephant. It didn’t sound too close - not close enough to be dangerous, anyway. But I sat up, reasoning in my half-asleep state that if a large animal stepped on my tent, I’d be better off if I weren’t lying down, taking up lots of surface area.

I sat rigid, trying not to move or draw attention to myself. The crashing sounds in the mopane trees began to subside. I began to breathe a little easier. Then I heard more movement outside my tent - and this time, it was much closer. 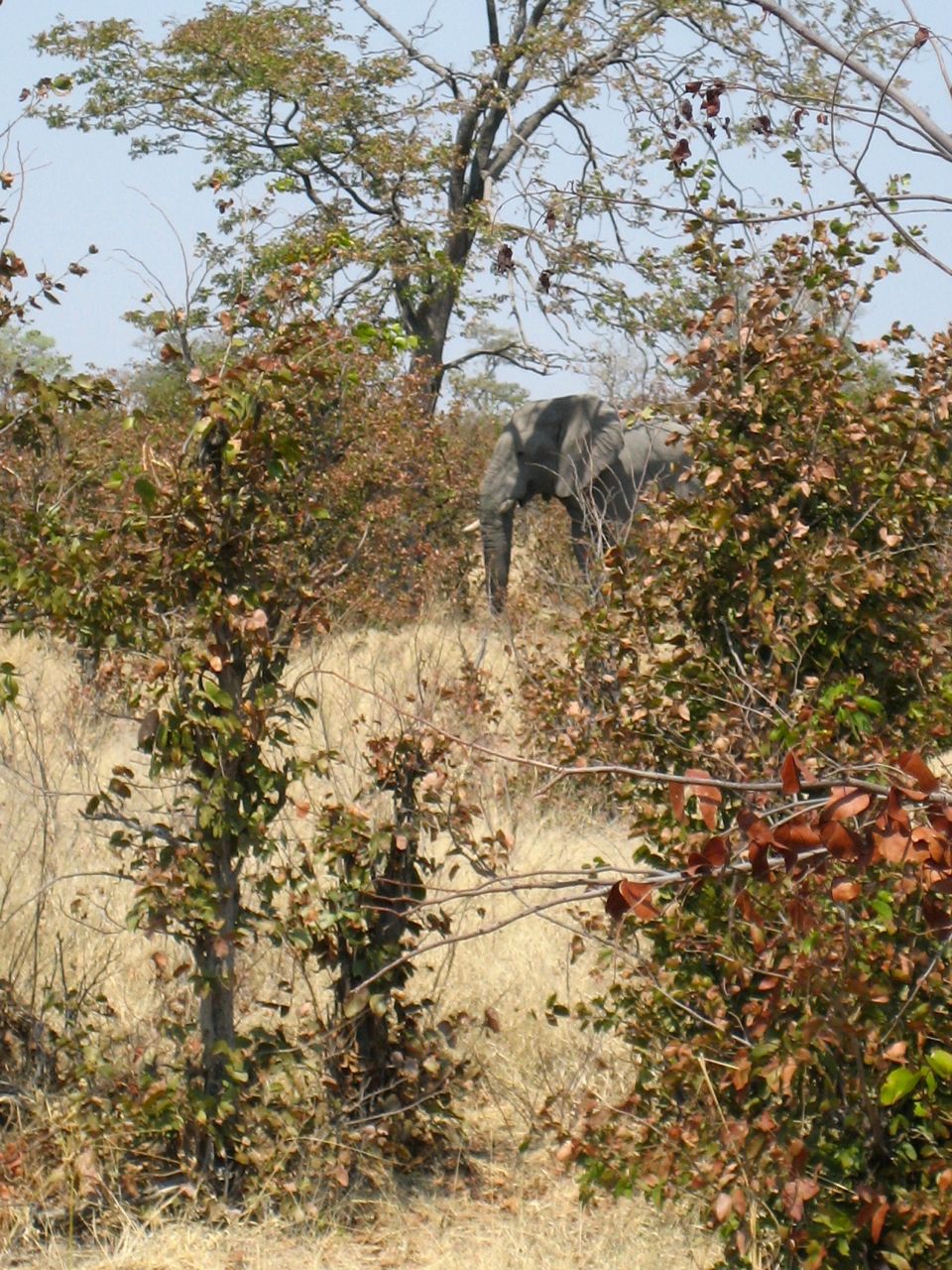 It was a chilly night in August, and I was in Chobe National Park in Botswana, on the country’s northern border with Namibia. I had come to Botswana, a small sparsely populated nation just above South Africa, with two American friends. We were on a camping safari with ten other people. Our goal: to see animals.

Africa was not new to me. I’d traveled in West Africa and Madagascar, and in fact lived in Morocco for 2 1/2 years in the early 1990s. But I’d never been in a place where I could see zebras and giraffes, lions and gazelles.

So there I was, sitting upright in a tent in a pitch-black forest, a place inaccessible by all but the hardiest four-wheel-drive vehicles. Something was moving around outside my tent, and I was thinking, “This may not be the smartest thing I’ve ever done.”

All of my senses were heightened. I don’t know that I’ve ever felt more aware. Now that the elephants had passed, the night had grown quiet again - there was no insect hum in the chill night of the African winter, and my fellow travelers were asleep in other tents scattered nearby. I was alone, separated from a mystery animal by a thin sheet of canvas and a few feet of air, and I was brilliantly alive.

I was aware not only of my own breath, but of its breath. I felt its every footstep. I snuffled the ground with its nose.

Sure, I was scared. I couldn’t look outside the tent flaps without moving, and as I said, I didn’t want to draw attention to myself. Our guide told us the animals wouldn’t bother tents - and indeed, would not step on them - so I probably wasn’t really in danger. But the uncertainty of this presence, this thing I didn’t know, kept me frozen still.

I heard one of my fellow campers suddenly speak to his wife in a tent nearby, and at the sound, the animal moved away. My neighbor opened his tent flap and pointed his flashlight at my tent, lighting up the fabric walls. I released my tightened breath, happy that someone was checking on my safety. I heard the man murmur a few more words to his wife and shut off the light.

When all was quiet again, I lay back down. It took a while, but I fell asleep, and before I knew it, it was morning.

At breakfast we shared stories about the elephant herd, which our guide said moved through the forest about 200 feet from our tents. My neighbor, an Italian man, excitedly told our guide that he’d also seen a black animal in the campsite when he peered out of his tent. I’m sure whatever he saw was what I heard. The guide listened to his description and wasn’t sure what it might have been - he guessed a honey badger.

In retrospect I realized how Buddhist that night was: my hyperawareness, and my feeling of unity with that mystery animal. I heard its presence, breathed its air, felt waves of tension leaving my body and meeting the force of its curiosity somewhere in midair. The fibers of our experience seemed to weave together like cloth.

The fear I felt resulted from my projections of what could happen, what could be true. Was it a lion? A leopard? A rhino?

No, it was a honey badger. It was my own mind.

(Note: I wrote this piece back in 2007, when I was a Zen student, for our Zendo newsletter. I found it a few days ago when I logged into my long-dormant Google Docs account, where I and the other editors of the newsletter used to share articles. The photos are from my Botswana trip, in August 2006.)
Posted by Steve Reed at 6:28 AM