Land of the Shopping Carts 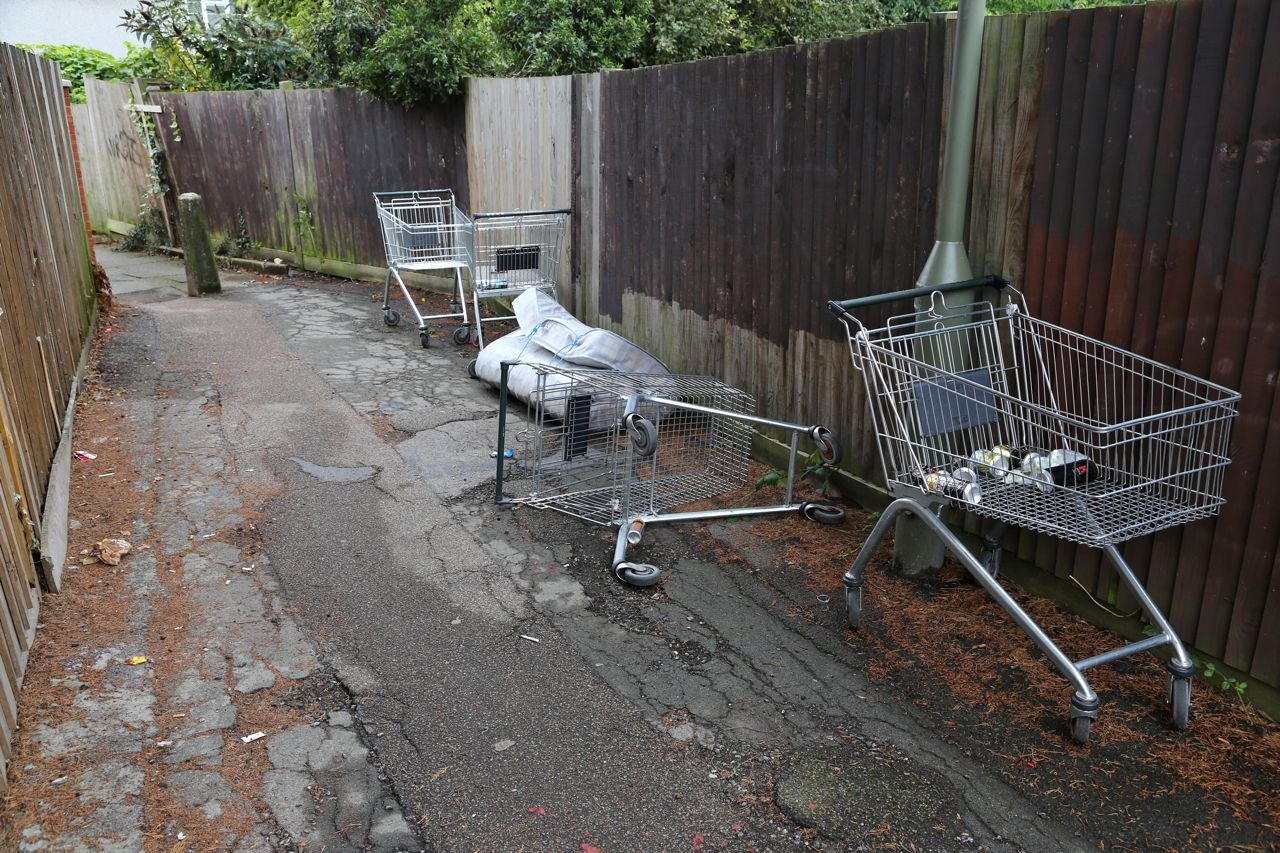 Yesterday proved not as rainy as I feared. I got quite a bit of walking and photography done in the NW4 postcode -- 39 streets, if I count correctly.

The region I covered surrounds a large North London shopping center called Brent Cross. As I walked through the neighborhoods near the shops I began seeing loads of shopping carts. When I was in college in Florida I worked at a hardware store -- part of a now non-existent chain called Scotty's -- and I remember how obsessive the managers were about collecting all our shopping carts. Apparently they're expensive.

So I was surprised and dismayed that these were all languishing in alleys... 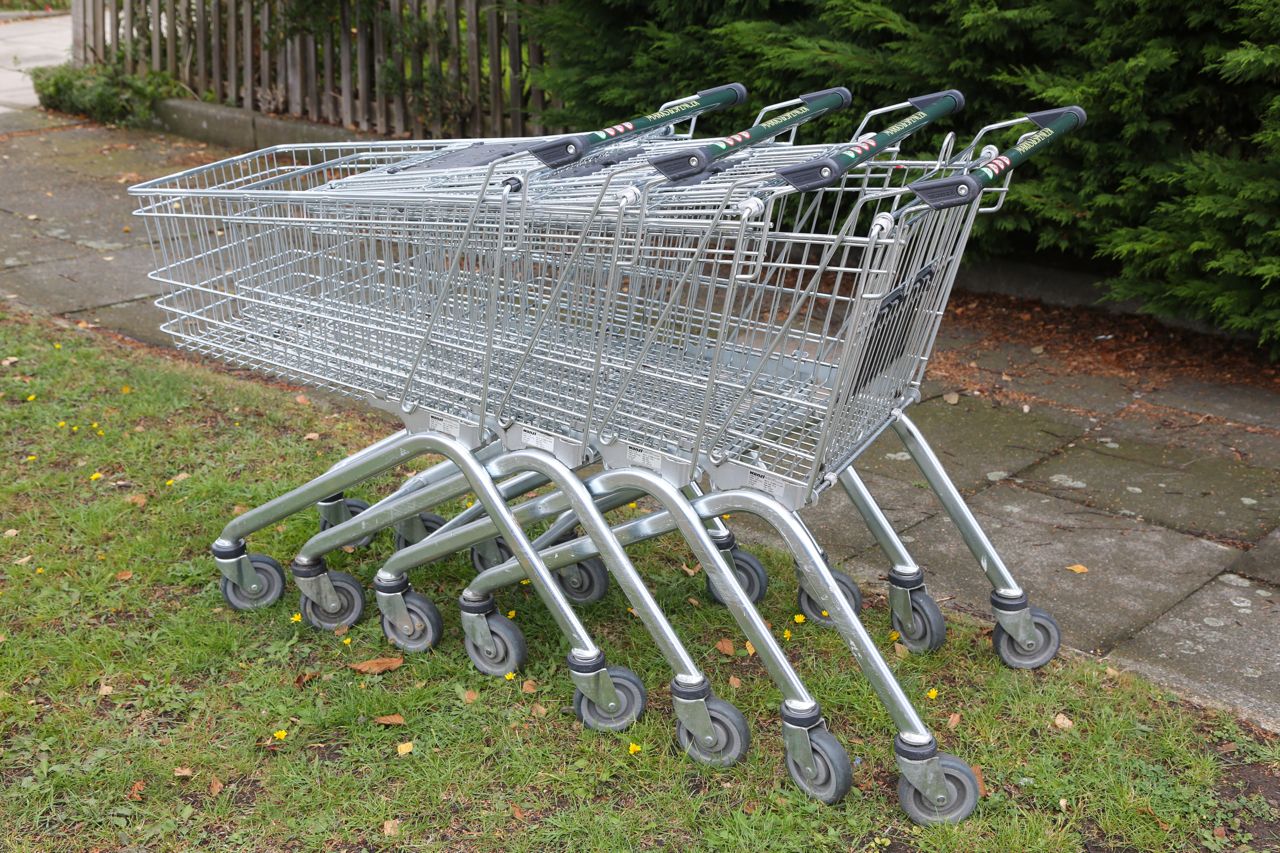 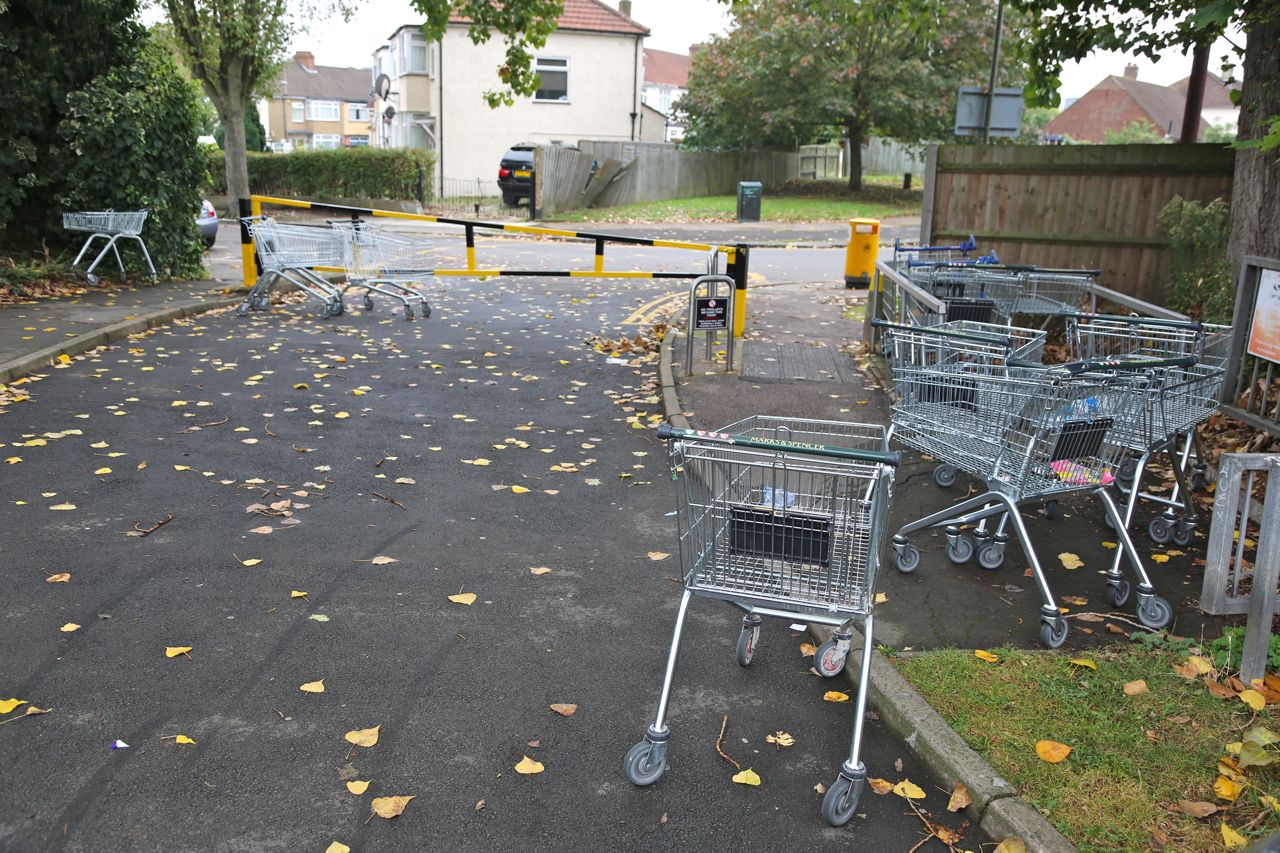 ...and even in the streets.

I counted at least 25 carts, mostly from Marks & Spencer (with a few from Tesco thrown in). I considered pushing them back myself -- which I did once from my apartment complex in Florida, me with a long line of strayed carts -- but in this case there were simply too many and I wasn't sure where the store was.

However, I had to go to the mall to catch the bus home, so once there I found the Marks & Spencer store and told them how many carts had strayed and where they were. The people at the information counter were friendly but they didn't seem very alarmed -- every once in a while they send out a truck to collect them all, they said, and they know that neighborhood is often chock-a-block. "Lazy blighters," I believe the woman called the cart thieves.

Which is putting it nicely.
Posted by Steve Reed at 7:44 AM