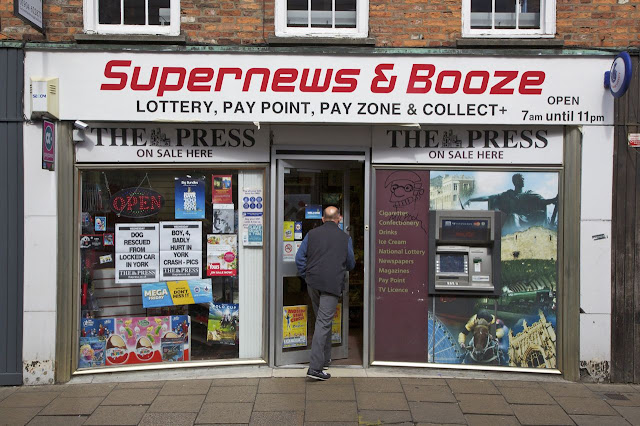 It says a lot about York that the top headline in the local newspaper is "Dog Rescued From Locked Car."

We were out and about almost all day yesterday. We first walked around town, visiting some streets we'd missed the day before. We came across an incredibly colorful group of Japanese (I think?) tourists. I actually ran after them with my camera to get a shot. 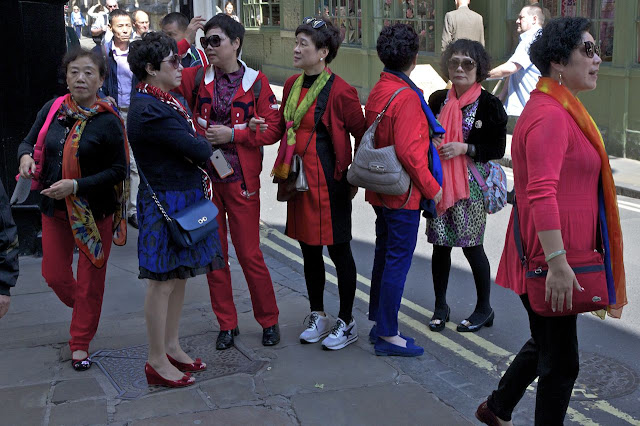 I really wish I'd been able to photograph them in the sun. They were so spectacularly dressed.

Then we went to York Minster, the gothic church... 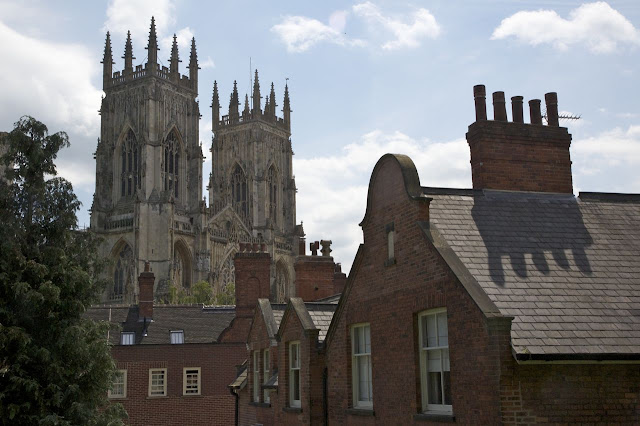 ...which towers over everything in the old part of the city.

It stands on the site of the Roman settlement that eventually became York, and in parts of the building you can see architectural remnants left by the Romans in the third century. It's mind-boggling. There's a gothic screen that depicts past kings of England and acres of stained glass, including the largest single stained glass window in the country. (Unfortunately it's under conservation at the moment, so we couldn't see it.) 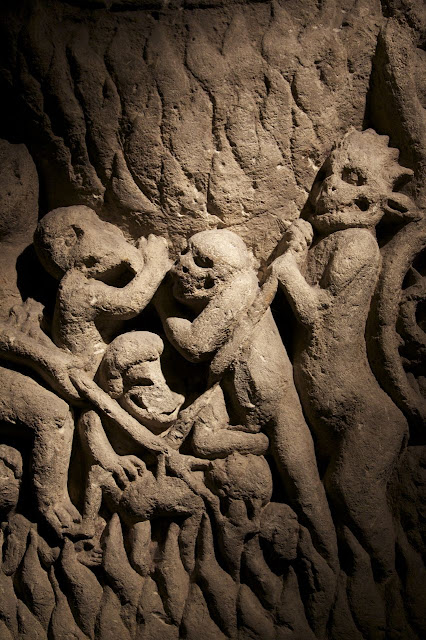 There are also lots of interesting artifacts, including the Doomstone, a Norman carving from the 1100's depicting demons stoking the fires of hell under a cauldron of sinners.  Burn, baby, burn!

We walked the old city walls -- in shifts, so that one of us could stay with Olga on the ground -- before meeting up with an acquaintance of Dave's from Michigan who just happens to be in York at the same time we are. (Ah, the wonders -- and curses -- of Facebook.) We had lunch with him and his traveling companion and then made our way back to the room for a nap.

In the evening we walked the dog, went for a take-out dinner and spent a quiet night here, watching "American Beauty," which may seem like an odd thing to do in York but we were tired. Even Olga is tired. As Dave said, "She hasn't been getting her 40 naps per day."

This morning we're going out to see a few more sights and then we're back on the train at 1 p.m.
Posted by Steve Reed at 6:58 AM

"Forty naps."
Yeah. Poor Olga.
That picture of the tourists is spectacular! The Red-Dressed Ladies! They look like they were having the time of their lives!
It's so hard to imagine a building built so long ago on the foundations of something built even LONGER ago. Amazing, Steve.
This has been a fun trip! Where are we going next?

this seems to be the way I travel...vicariously.

That photo reminds me of The Spire by William Golding. Makes me want to go and read it again.

That sounds like a very full day! I love the tourist shot. They must have some kind red theme going on.

You and Dave now qualify as proper English gentlemen. In my fantasies anyway.

That window at the Minster was out being restored when I was there 1.5 years ago! I loved York.

I love how varied you were sightings were -- the Romans, the Gothic stuff, the religious and then -- of course -- the colorful Japanese tourists!