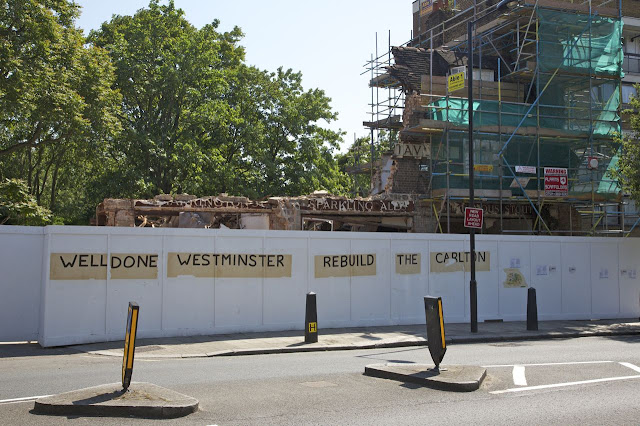 The other day I walked past the site of the former Carlton Tavern, the 1920s-era pub in Maida Vale that was wantonly demolished by some Israeli developers after their plans to build flats on the site were rejected. Just as the government was taking steps to preserve the pub, they brought in backhoes. There are no good words for people like that.

(And here's a question -- who actually owned and operated those backhoes? Why aren't those guys being prosecuted? Doesn't a property owner have to show evidence of government permission before demolition firms will begin knocking things down?)

As you can see from the graffiti, the locals support the government's subsequent order that the pub must be rebuilt brick by brick. I question whether it will ever happen. Supposedly the developers have an 18-month deadline and will be unable to sell the site unless it's reconstructed, but I read that an appeal was planned, so we'll see. I have yet to see any public comment from the developers at all. 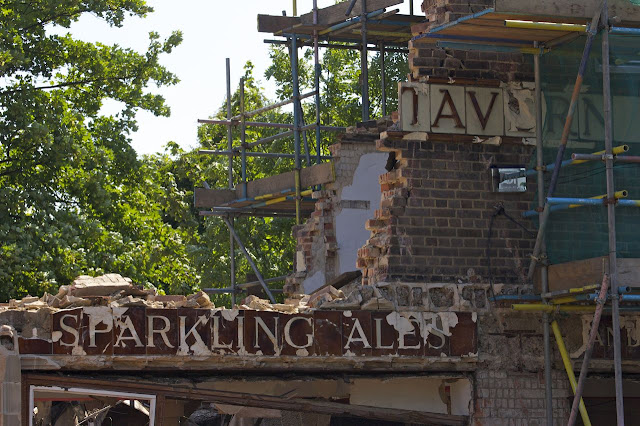 Part of the charm of the tavern came from its exterior signage, portions of which still survive (sort of). But that's pretty much all that can now be seen beyond the plywood wall surrounding the site.

I think some of these damaged tiles should be removed and incorporated into any new building as a reminder of what's happened here. 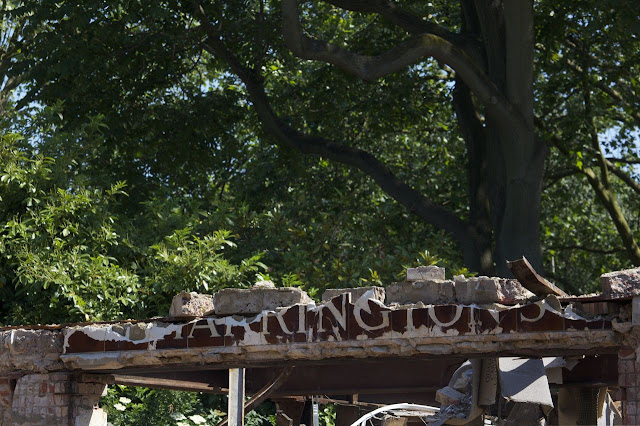 Dave, our friend Gordon and I always talked about trying this pub, but we never got there before this ghastly event. Never put off until tomorrow what you can do today, as they say!
Posted by Steve Reed at 6:29 AM