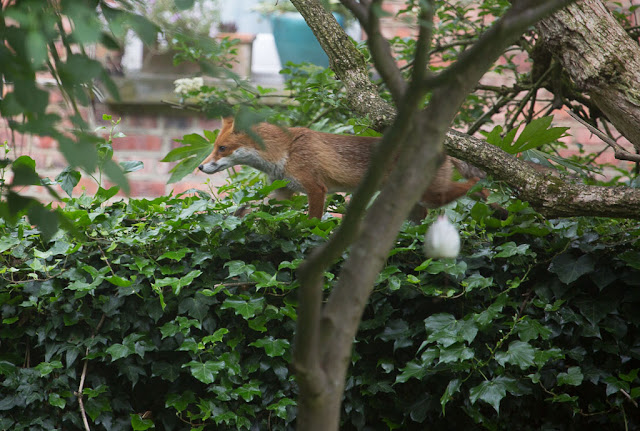 This post might be more than you ever wanted to see of our garden. Sorry about that, in advance.

First, our garden fox, slinking along the back wall. Despite all the impenetrable ivy the wall has become the fox's main travel route between our garden and those of our neighbors. That's Totoro hanging in front of the fox's haunches. 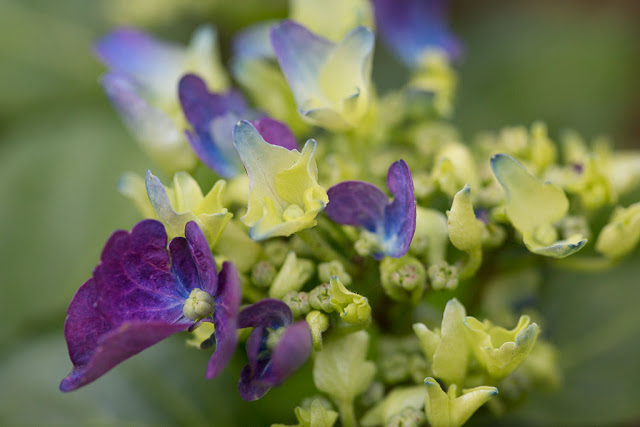 Last summer, I rescued a battered, potted hydrangea I found lying on the ground in East London. This year, it's rewarding us with some delicate, butterfly-shaped blossoms. 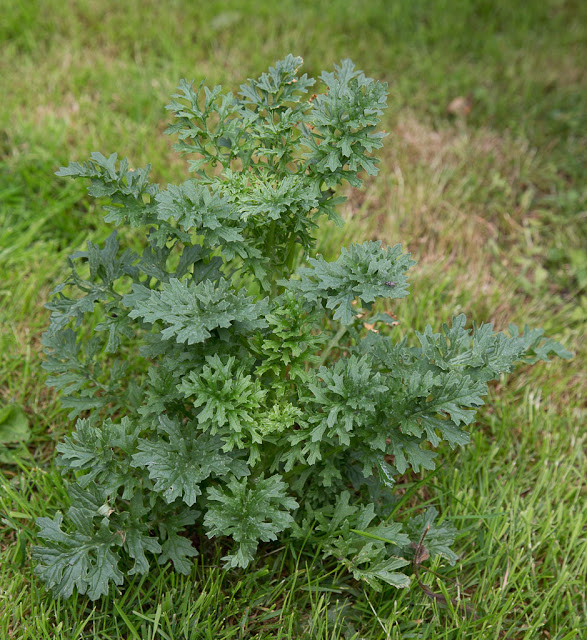 Does anybody have any idea what this is? It grew up in the middle of our rose bed, and it's so unusual I decided not to mow it. It's now about two feet tall. I'm sure it's some kind of weed but it's quite dramatic! 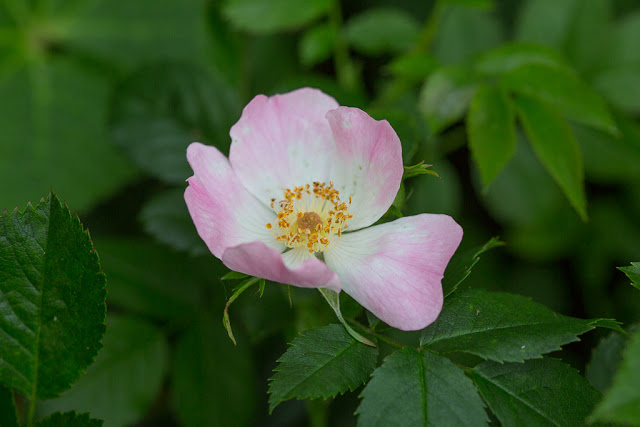 Until this year, this rose bush had never bloomed. Now we know what the flowers look like! 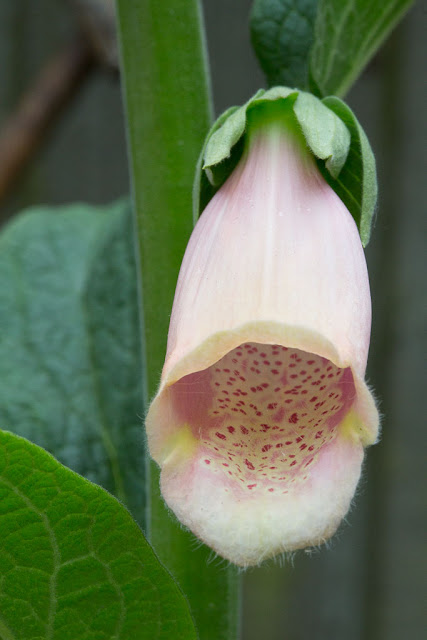 Several months ago Dave planted a foxglove that he bought from a nursery. It's grown about five and a half feet tall with a dramatic flower spike, covered with slipper-shaped speckled blossoms... 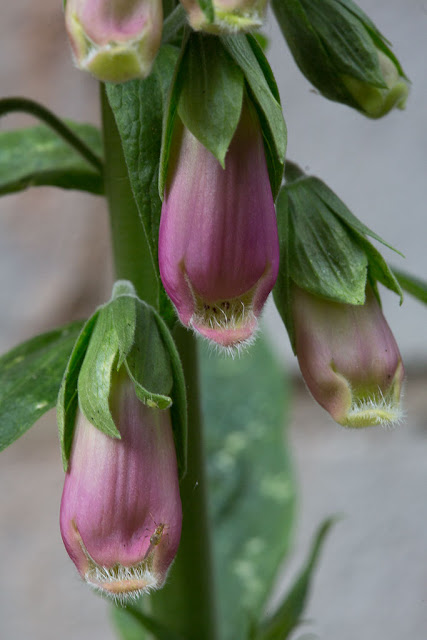 ...and then we realized we also have a wild foxglove at the side of the house, growing through a crack in the pavement! Granted, it's only about two and a half feet tall, and the flowers are more modest. 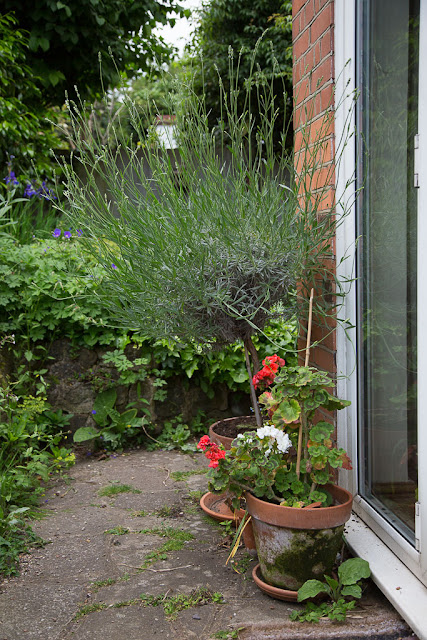 Finally, our rescued geraniums and rescued lavender, which seem to be prospering! Apparently we've become an abandoned plant rescue center.
Posted by Steve Reed at 5:47 AM

There can never be too many photos of your garden if these are a sample. Can't help you with the unidentified plant and the fox photo is very, very good...

Love your garden shots! Just be careful of the foxglove since it is poisonous. If Olga is not prone to eating plants, then you're okay. I love foxglove but I kept pulling it up in NJ because I was concerned the dogs might eat it. I tried coneflowers once (or echinacea) but Bella kept eating it.

The lavender tree looks wonderful. Has it bloomed for you yet? Keep up the plant rescue!

This all just tickles my heart. The fox, the rescued plants- those especially. Honestly, Steve, I am so glad you moved just so that we can have these pictures. You are making a little paradise there and I am grateful for your sharing it.

I very much enjoy your garden photos and the antics of your resident fox. I'm sorry that I cannot help with the mystery plant but think you are great for giving the throw-away plants another chance. The color of that hydrangea is wonderful.

there's no such thing as too many garden pictures/posts! the more the merrier.

I love garden pictures! (you've been to my blog, right?)

I love garden pictures, too! It fires up my interest in details of the plants around me in a way that a gardening catalogue or a book never does.

That's a great shot of the fox. I'm surprised you have a fox in an urban area. But I guess we have deer, skunks, and raccoons, so it's not that much different.

You were so sweet to send those t-shirts to Mary. I'm sure you've read her blog and know how excited she was!

You've just made a new responsibility for yourself...plant rescuer. You'll soon be looking for someone to adopt plants.

Such outstanding photos! I love how close-up they are -- the intricate colors and designs are astounding.

Foxglove is one of my favorite flowers - so Seussian! We like to let interesting plants grow too, just to see what happens :)

Could your mystery weed be a creeping buttercup? They don't HAVE to flower. But it looks a bit too thick stemmed for it from the picture.
Anyway: http://www.naturespot.org.uk/species/creeping-buttercup

You can always ask here: https://www.mygarden.org/plants/plantifier

My gardener thinks it's a wild cruciferous plant.