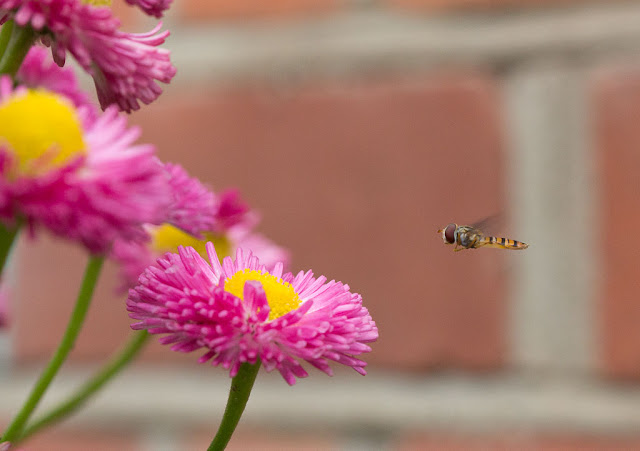 Remember how I said on Saturday that I seemed to be developing a cold? Well, now I know. It's not terrible, but it kept me on the couch all day yesterday, watching movies -- notably "Her," a very bizarre but visually beautiful film starring Joaquin Phoenix, about a man who falls in love with his Operating System -- and reading the horrible news from Orlando.

I don't know how to say this without feeling like I am fruitlessly repeating the same old mantra, but until the United States reforms its gun laws to make it impossible for lunatics to get their hands on assault rifles, these kinds of things will continue to happen. That's pretty much the bottom line, don't you think? There will always be radicalized, misguided, desperate people trying to do scary things, but if they are legally prevented access to high-powered weapons the damage will be minimized.

I just don't know what it will take for America to learn that lesson.

The fact that this happened in Orlando, so close to my home turf, is especially weird. In the 1980s and early '90s I used to go dancing at the flamboyant El Goya and (later) Tracks in Tampa, and at the cavernous Visage and tightly packed Big Bang in Orlando. I feared a lot of things as a young gay man -- getting beaten up, AIDS, discrimination that no law would prevent. I feared violence from some of the less-enlightened citizenry. But I never, ever could have imagined anything on this scale -- not in sleepy Central Florida. 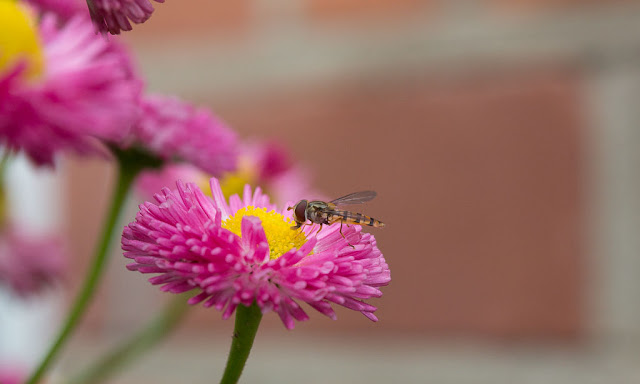 We took down our squirrel feeder. It seemed to be attracting more pigeons than squirrels and they were all roosting on our upstairs neighbors' balcony -- which I'm sure the neighbors didn't like. (They never said anything to us but they installed pigeon spikes on the railing.) We now put the squirrel food in a saucer at the back of the garden. They can make all the mess they want back there.

(Photos: A hoverfly on our hanging basket near the back door.)
Posted by Steve Reed at 7:07 AM

Oh, god. Orlando. It's beyond horrible. It's been a terrible, terrible day for America and for the larger world community of LGBTQ people. I'm not sure what the answer is, whether there IS an answer. I suppose we have to go on loving.

To me it is amazing and so ridiculously topsy turvy that NRA supporters will use the Orlando massacre as a reason for having the right to bear arms. I am grateful that in England nutters like Omar Mateen would find it exceedingly difficult to get hold of such weapons.

I know, Steve. What a world we live in today. The US really needs to wake up.

We watcher "Her" quite some time ago and loved it. Actually, I've watched it twice. Very thought provoking. You should watch "Ex Machina" if you liked her. Great film!

beautiful pics. and yeah. the US is seriously fucked up. the only thing I can thing of that might jolt our idiot politicians into making some sensible gun buying and owning laws is if congress is the target and a bunch of them get killed. the FBI had been looking at this guy and they were powerless to prevent him from buying the weapons. and of course, sales of the assault weapon spiked after the massacre.

I still don't have words.

I feel like I'm repeating myself every time one of these horrible shootings occur. I'm at a total loss this time. I wish I knew how to stop this madness.

I agree with you Steve and just feel such despair about the hatred, gun access and divisiveness.
I hope your cold is better soon.

hate is the reason for abuse and killing. people need to realize we are all created different. my way may not be your way...but it is okay. i only have to answer for me and my actions.
This is a terrorist mob...they thrive on taking away anything they see as different then themselves.

It's just sad in so many ways. And I agree about the guns. There is such crazy logic being used to keep the status quo. I'm grateful for the restrictions north of the border.

The squirrels will no doubt put on weight now that they can just stroll up to the dinner saucer, no climbing involved. Although they may have to fight off the pigeons back there too.

Weapons sold in the U.S. are so absolutely over powerful it's insane. No wonder they can so easily blow away so many people.

Disgusted with this country and our pols lack of attention to this...we need gun control, including bans, better screening for people coming in and greater access to care for mental illness `so that unstable extremists don't have the ability to do this...