Well, This Should Be Interesting 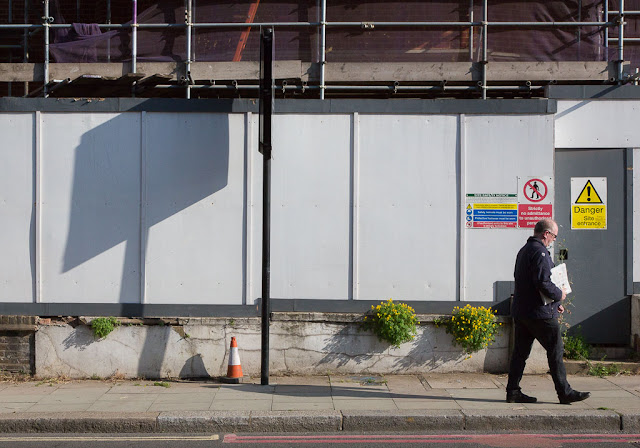 So we're "Brexiting." Does anyone know what that will really mean? I sure don't, although I don't think it will affect Dave and me in any immediate sense. The school where we work pre-exists the European Union and the Common Market, so there has long been a need for international education in London, and I don't suppose that will go away. Fingers crossed!

I woke this morning with the sense that Britain was probably going to Remain. The news reports last night indicated the country was leaning in that direction. But then I looked at the news, and while I wasn't shocked, exactly, I was sorry to see that right-wing xenophobia won the day.

Or, as The New York Times eloquently put it, "the power of anti-elite, populist and nationalist sentiment at a time of economic and cultural dislocation."

As I told Dave, I hope this doesn't foreshadow how Americans will vote in November. Brexit is the British version of Donald Trump. The forces and impulses behind the two movements are the same.

So, now is the time for questions. Foremost in my mind is how Scotland is going to handle this news. While England was virtually all pink or red (Leave) on the map of voting returns -- with the exception of some urban centers and counties near London -- Scotland was entirely blue (Remain). This sets up an issue that could drive a renewed movement for Scottish independence. Northern Ireland may also seek to leave the UK rather than build a fortified border with Ireland, and that will be interesting.

Meanwhile, France probably won't be all that interested in continuing to accommodate UK-bound migrants in Calais, and I wonder if more people will desperately try to boat themselves across the English channel -- with potentially disastrous consequences.

What a freaking mess.

In other news, I've just been talking to the upstairs neighbor about our trash cans. We're having our own private political rebellion -- today we're going to move Mrs. Kravitz's cans into her alleyway and liberate our alleyway for our own trash. If you think Northern Ireland is a sticky wicket, watch how this plays out!

(Photo: West Hampstead, this week.)
Posted by Steve Reed at 8:01 AM