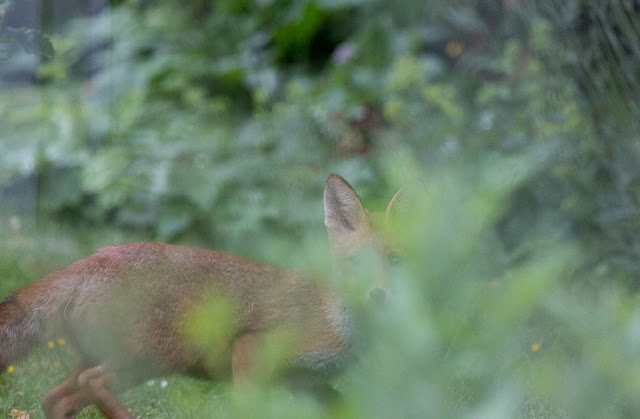 Yesterday morning one of our local foxes showed up, loping around our back garden. I had time for just one photo before Olga, lunging at the back door, scared it away.

Then, maybe just half an hour later, Olga and I were walking on nearby Mill Lane when we saw a pair of foxes. One of them had been hit by a car. There was blood in the street and the fox had retreated beyond a locked gate, where it was lying motionless on the ground. The other fox -- apparently unhurt -- was standing over it, eyeing us warily.

There was no way to tell whether these foxes were the same ones we see in our garden, but it looked like an older adult and an adolescent -- which is what we've seen, too. I felt sick about it all day. I had to keep reminding myself that despite what I call them, these are not our foxes -- they're wild animals, leading hazardous animal lives. I've read online that urban foxes usually live just a few years, and I've found automotive casualties before.

And then, this morning, just as I was typing this blog post, look who showed up! 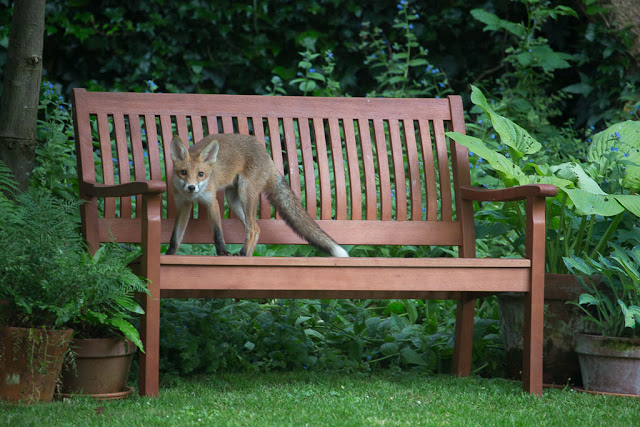 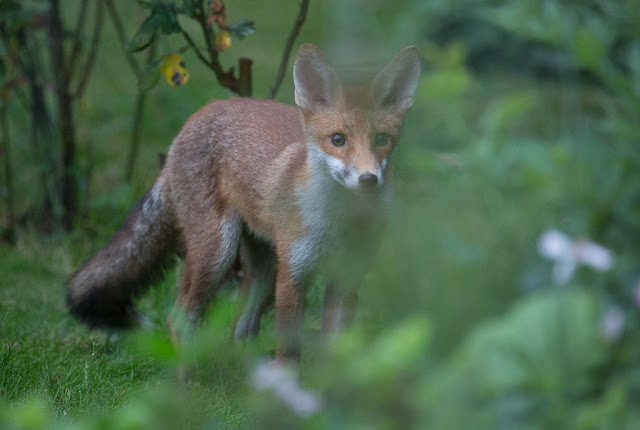 Are we seeing just one or two foxes, over and over? Or multiple foxes? I have no idea. I honestly can't tell them apart. This one looks a bit older than the one I photographed yesterday.

Anyway, it looks like we'll still have garden visitors, despite yesterday's tragedy.

Today is our last day of school before we break for summer -- much earlier than British schools, which (as one of my commenters pointed out yesterday) run into July. Being an American school, we're on an American schedule -- we break earlier, but then we go back in mid-August, while British schools are out several more weeks.

I'm scheduled to work a full day today but, with no library customers, I can't imagine what I'll be doing with all that time. Yesterday we had a year-end meeting and an outdoor food-and-drink gathering, so business is pretty much concluded.
Posted by Steve Reed at 6:14 AM