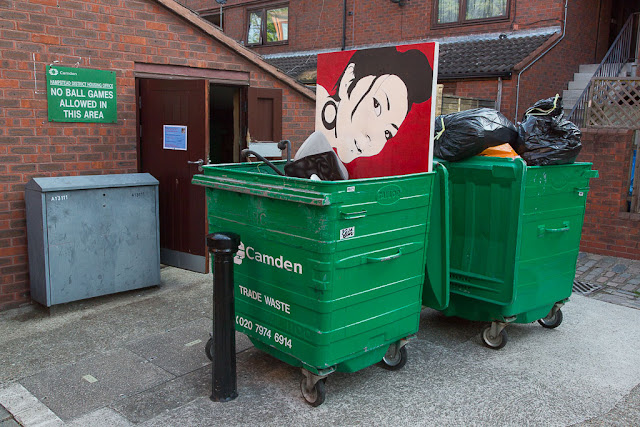 On April 18, I mailed a package to a friend in the United States. I sent it airmail and figured it ought to get there in a week or two.

The package didn't contain anything valuable -- just a couple of t-shirts -- so I didn't insure it and I didn't ask for a tracking number. I just sent it on its merry way, trusting that it would reach its destination. We're talking about Royal Mail and the US Postal Service, after all: "Neither snow nor rain nor heat nor gloom of night stays these couriers from the swift completion of their appointed rounds."

After about a month, I gave up. I thought surely the package had been stolen or plundered or abandoned in a cast-off mail bag by some errant postal worker. I was upset about losing the shirts, which were meant as a gift, but I treated it as a lesson learned: Next time, get tracking! 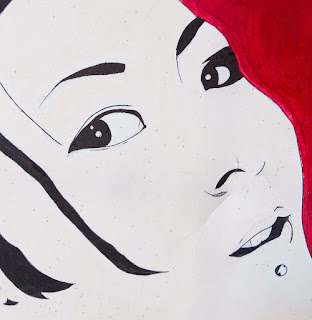 Well, believe it or not, this story has a happy ending. The package, "par avion" stickers and all, arrived on June 3 -- a month and a half after I mailed it. I felt such immense relief that my money and effort hadn't been wasted.

Which doesn't answer the burning question: Where has it been all this time?

I know post offices are struggling these days, but holy cow. Even when I lived in rural Morocco more than 20 years ago, it only took a couple of weeks to send something home!

And on that note, allow me to not-so-smoothly segue into another customer service complaint.

Last night, Dave and I ordered takeaway from our regular Chinese restaurant. I got "Monk's Vegetables," my old standby, a veggie-and-tofu combo with bok choy, carrots, baby corn and rice. I get this every time we order Chinese. (As we have established, I'm a creature of routine.)

Well, when my vegetables arrived, it was apparent that the monk had been to the beach. They were full of sand. Someone obviously hadn't washed the bok choy before cooking it. It was ridiculous. I tried to eat around it, sticking to the rice and the tofu, but all through dinner I was reminded of that day in second-grade P.E. when we played "Red Rover" (surely one of the most violent childhood games ever invented) and I wound up with a mouthful of dirt.

Oh well. There were no apparent ill-health effects, and at least I got my minerals for the day.

(Photos: Olga and I found this original painting in a trash bin on our morning walk yesterday. I did not rescue it -- too big.)
Posted by Steve Reed at 6:18 AM

Sorry about the sand, nothing worse than unwanted grit...I have some nasty childhood memories of that myself and as for the violence of Red Rover, yours truly was knocked down and punched...Glad your friend finally got her shirts.

I would have called the restaurant to complain. They owe you a free meal after that experience!

I mailed a rent check to my landlord in a Christmas card last November, and it never arrived. Then, in MARCH, it finally showed up! The USPS is weird sometimes.

never had anything lost in the mail thankfully, especially since that's how I send out my art works. I don't think I could have eaten a meal full of sand.

That really is crazy about the package. It's almost like they sent it by sea instead of air. I'm glad it finally made it.

I think Owen and I might wear matching shirts to Hank's birthday dinner tonight! You are such a darling.
Sand in the bok choy is ridiculous.

London does have quality trash! Sarah is always finding things along side the road that are very difficult to pass up! Red Rover was fun! Dodge ball was brutal and crack the ship was lethal, especially on skates! Good times! How is it that we are still alive with functioning limbs???

A tracking number will only tell you where the package is up to the point that the post office loses the package, unfortunately. Ask me how I know.

I could never have eaten that meal with grit in it, but I appreciate the line about the monk being to the beach :)\

And where was that parcel all that time, I wonder? If only inanimate objects could talk.

So you could write a cool story from your parcel's point of view.

E: Well, knocking down is the whole point of Red Rover, so that doesn't surprise me -- but punching definitely isn't part of the game!

Jennifer: I thought about complaining, but I imagined myself getting on the phone with someone who didn't speak English very well and trying to explain the concept of "unwashed bok choy," and it all seemed too exhausting. As for the USPS, I really think sometimes they just leave bags of mail sitting around.

Ellen: I've had one or two things go missing over the years, but usually in foreign countries with iffy mail service.

Linda Sue: I'm always amazed by the things people throw away. They just can't be bothered to take anything to a charity shop.

Rockygrace: True, but at least then you'd know at what point the package was lost. Wouldn't really help you get it back, though, would it?

Jenny-O: You might be surprised what you'd do if you paid for the meal and were hungry! Or maybe I'm just a cheapskate. Which is definitely true.

Red: If packages could talk! (As Jenny-O said right above you.)