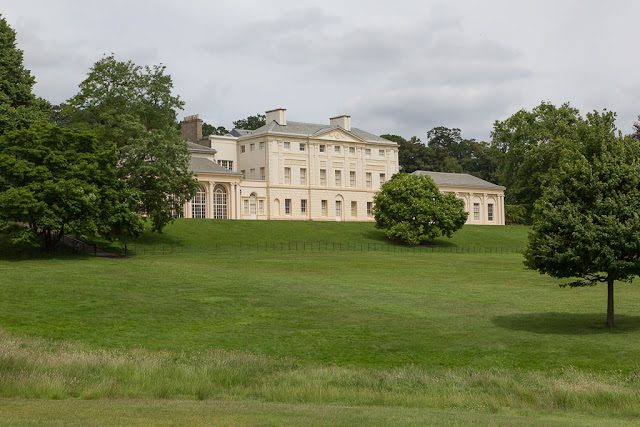 Ticking off another box on my list of things to do, Dave and I went to Kenwood yesterday. Kenwood is an historic house containing an art collection, and standing amid 74 acres of lawns and woods on the north side of Hampstead Heath.

Like the Pergola, it is a dog-free zone -- at least indoors, although leashed dogs can be walked on the grounds -- so I never go because I always have Olga when I'm on the Heath. Seeing Kenwood required a special trip. 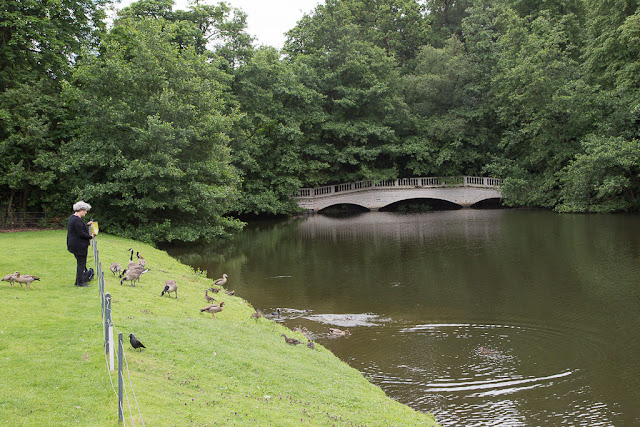 The grounds, by landscape architect Humphry Repton, include ponds and a "sham bridge," which is exactly what it sounds like -- a false bridge over nothing. 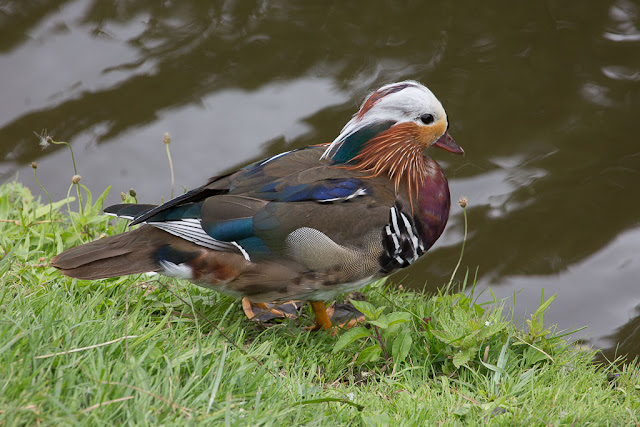 We came across a woman feeding (and talking to) the ducks. I think this is some variety of mandarin duck. It looks like it rolled around on an artist's palette. 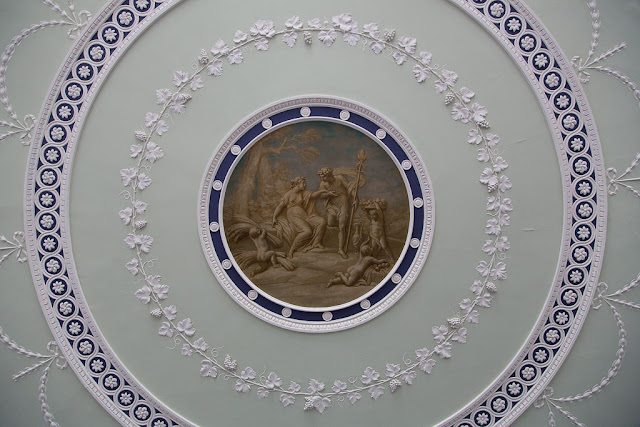 The house itself, primarily the work of Scottish architect Robert Adam, dates from the 1700s and belonged to the Earl of Mansfield and his family. It includes ceiling paintings by Italian artist Antonio Zucchi, like this portrait of Bacchus. 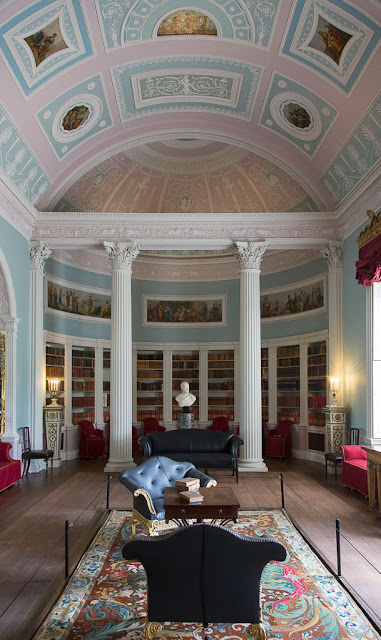 And photography was allowed, which was a pleasant surprise for me! This room (above) is the colorful library, with walls and ceiling painted according to historical evidence. The original furnishings in the house were sold long ago, but some have been bought back and are on display. 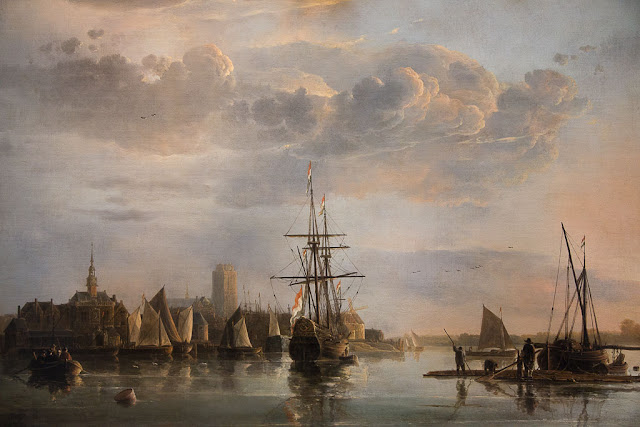 Finally, there's an impressive art collection with works by Gainsborough, Rembrandt, Vermeer, Turner, Reynolds, Franz Hals and others. This is "View of Dordrecht" by Aelbert Cuyp, from the 1600s. 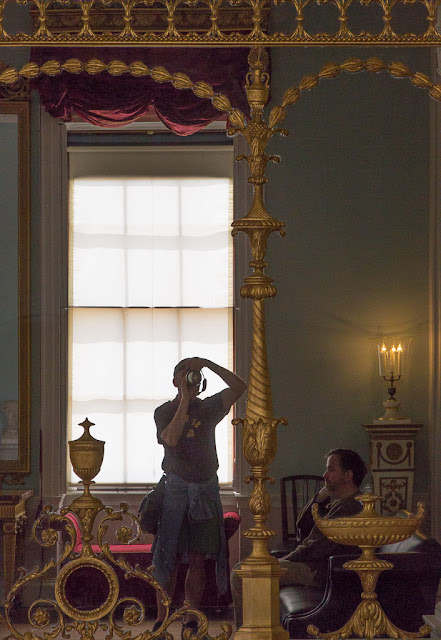 Here are Dave and I, reflected in one of the ornate gilt mirrors made by the same craftsmen who furnished Versailles. (Grainy and underexposed, but you get the idea.)

We also had brunch at the adjacent cafe (soggy Eggs Florentine for me -- squeeze your spinach, people!) and Dave bought some plants at the garden shop. All in all, a fun outing, and we combined it with a trip to the bank, where -- despite a widespread computer failure (naturally!) -- we were able to set up our new account.

Yesterday was the solstice, and I must say, all this sunlight is a little crazy. The official sunrise was 4:44 a.m., and the sunset was 9:23 p.m., but of course it was twilight for an hour or so before and after those times. I woke up with daylight and went to bed with daylight. More than four hours of nighttime would not be a bad thing.
Posted by Steve Reed at 6:04 AM

Well I had never heard of the London Kenwood but we do have a Kenwood in Sheffield - it's a hotel. Your Kenwood looks so much more interesting and a peaceful place to boot. Perhaps if you dressed Olga in baby clothes and put her in a pushchair, you would be able to get her into these "no dogs" places. Old women would have a surprise when checking out your cute baby.

This is on my list of places to visit on my next visit too! Thanks for the preview!

What a beautiful interior! Well worth a trip, I'd say. Glad you got your bank things straightened out.

Lovely and very worth the trip! Happy Birthday to Dave!

So great that Dave is out and about again. I love that portrait of you both. I can see it as a renaissance style painting, with you both in modern attire in the midst of that old world setting. I'd want to see your face in the painting though.

This place is very elegant. I hope they had lots of help to look after it.

Sharon: Definitely worth the trip, especially on a nice day when you can walk the grounds. And free admission!

Jenny-O: It was beautifully restored, and interesting to see the original furnishings.

37P: Yeah, he did get tired -- which is why he's sitting down in that picture -- but it was his first trip out since the surgery and I think he did well all things considered. I sort of like having my face covered up. :)

Red: There are lots of volunteers. It's run by English Heritage, which is the same organization that operates the tourist facilities at Stonehenge.

With my PC extremely slowly and with our broken down WLAN-connection I only have seen these post today. Thank you for your post about Kenwood, it seems indeed to be a well worth stop on our next visit to London!