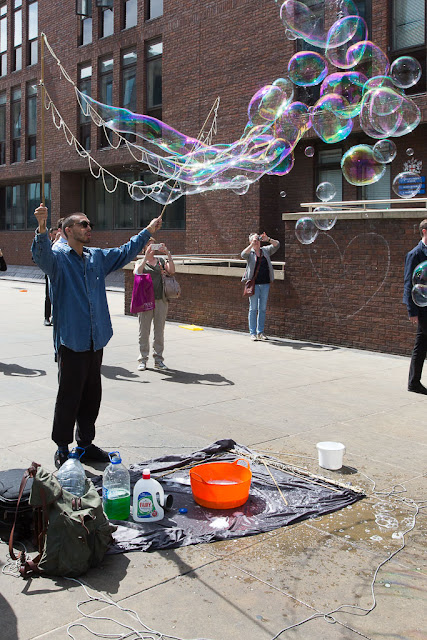 Yesterday turned into a bit of a boozy whirlwind.

Well, first I had work. Which, of course, wasn't boozy at all. I had a fairly uneventful day and in the afternoon went to the first rehearsal of the faculty/staff choir, which performs briefly every year at the school's opening assembly. This year we're singing "With a Little Help from My Friends," which in many ways is the perfect song for us -- everyone knows it, more or less, and it's not very complicated. But then there's that line about "getting high," which has caused some consternation. We've debated changing it. Personally, I think we should leave it alone -- the kids won't necessarily hear it, because our elocution isn't that precise, and you can get high in a non-chemical sense, right?

(Of course, this was The Beatles in the '60s. I'm sure it's meant in a chemical sense. But still.) 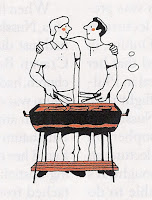 Then I went to a pub for a special afternoon happy hour with the coworkers on my team -- I had a pint with them and we talked about urgent pertinent issues, like whether we should change the word "high" in the Beatles song.

Then I met up with Dave and some different co-workers and we went to Pop-Kon, which is a pop-up restaurant being run on a limited basis by one of our friends, who's a chef. He rented a church in Notting Hill (with a kitchen!) and produced a tasting menu featuring scallops, pork belly and quail's egg, all cooked with a special unifying theme. (I don't want to reveal the theme in case it's a trade secret!)

Anyway, the food was fabulous, and eating in the vestibule of a church was interesting. I was at a table for four and we each brought a bottle of wine, and by the end of our five-course meal those four bottles of wine were gone. Where they went, I do not know, but I imagine we're all moving a little more slowly today.

You could say I got high with a little help from my friends. In a chemical sense.

(Top photo: Blowing bubbles near St. Paul's Cathedral. The artwork is a little cartoon I snipped from The New Yorker, just because I thought it was cute -- that could be me and Dave, although they both have hair and we haven't fired up our grill even once this summer. The post's title is taken from another song.)
Posted by Steve Reed at 6:44 AM