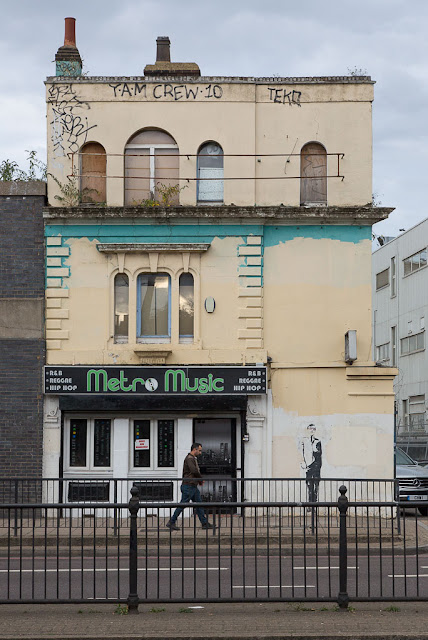 I just got done thanking about 120 people on Facebook for birthday wishes. Facebook can be a source of angst when people are talking politics, but it's also a really great reminder of how many terrific people I know, from so many different times in my life. Seriously, it's overwhelming. Lots of good friends who I'd be in touch with anyway, but also friends and acquaintances from past jobs and college and high school. That girl who used to sit behind me in 10th grade geometry -- we would laugh and laugh! It's so cool to hear from all these people now.

A couple of them are even Trump supporters. (That issue didn't arise in their birthday greetings, naturally.) I'm terrified of what might happen in this election, but it helps to keep in mind the individuals I know who support the opposition. They are not demons. I don't agree with them, but they want what's best for the country too.

Having said that, I'm dismayed to see Hillary's likelihood of winning slipping on The New York Times web site. It's down to 87 percent now, from a high of 93 percent last week. I'm hoping that this burst of recent FBI innuendo, and her diminishing popularity, will actually get people to the polls who support Hillary but might otherwise have fallen into complacency. It could actually help her, maybe.

All I know is, it would be a freaking miscarriage of justice if the behavior of Anthony Weiner, of all people, derails her candidacy. That would be a feminist catastrophe.

Anyway, how did I get on that subject? The birthday was wonderful, thanks. I had two classes of fifth-graders sing to me at my desk, and I got some amazing pastries from my boss and some brownies and cookies from my co-librarians. We had a little gathering in the back office to celebrate. No candles, though. Didn't want to set off any fire alarms.

After work I walked home listening to my podcast -- season two of Serial, about Bowe Bergdahl -- and Dave and I had a quiet night in. We ate scrambled eggs for dinner and watched a BBC show about nightmare rental tenants and an old Hawaii Five-O rerun. I know, it all sounds impossibly glam.

(Photo: A building on Holloway Road, North London. Here is a close-up of the stencil on the building front. See comments for the man's identity!)
Posted by Steve Reed at 7:38 AM

I should have known if I used Google I'd come up with an answer on the stencil. According to this page:

it depicts a music producer named Joe Meek ("Telstar," 1962) who lived, worked and came to a bad end in that neighborhood.

I think the figure is a fellow called Joe Meek - a former music producer (1929-1967). He was largely responsible for several pop hits including "Have I the Right?" by The Honeycombs. Famously, he advised Brian Epstein not to bother signing The Beatles.

Glad to hear you really let your hair down on your birthday (if you will pardon that expression).

Glad you got the same answer I did, YP! Though I didn't know about the Beatles angle...

Sounds like a perfect birthday to me!
I wish I could have seen those kids singing happy birthday to you.
And you're right about the FB thing- it can be cool when it's used in a way to bring old friends back to you. Yes. That part I like.

That sounds like a great birthday! Sweets, a little attention, and ancient TV. Perfect!

And I had the same thought about people maybe being compelled to vote now because we're not as complacent. In fact (in the conspiracy theory gymnasium that is my brain), I wondered if some how the Clinton campaign had engineered the whole thing just to get us off our butts to the polls. But that would be extra crazy, right?

It sounds like you had a great birthday, scrambled eggs and all!
I went to the Hillary Clinton rally last night! There was a huge crowd. They are saying maybe 15,000 people. Of course there were a few "despicables" there too. It was energizing and I hope it gets out the vote and turns this red state blue next week.

it wouldn't be the behavior of Weiner but FBI director Comey who is acting in an illegal partisan way. I hope he gets slammed.

I sometimes wonder, in my fertile conspiracy brain, if they didnt go after Weiner (knowing they'd find something on that scumbag) with the intention of investigating him and Huma Abedin to create exactly this October surprise. I put nothing past anyone in politics. Hillary is a badass. All the ways in which "they" have tried to bring her down and she's still standing. I'm glad she's tough and nobody's little lamb. I will be stoked to vote for her next week.

Good that your birthday was so much fun. I hear you when you get on a rant about trump.

Like everything else about the internet, it's how it's used that defines whether it is helpful or hurtful ... Glad you had a good birthday!

Glad you got so many good wishes on your birthday, Steve. Add mine to the pile. Have a great year! x0 N2

Happy birthday. I'm an American living in America and I have no idea what is going on with our politics. People have gone mad.

I missed the stencil the first time around and thought you were referring to the graffiti at the top of the building. Guess I won't become a private detective after all.

Happy, happy birthday -- again! I'm so glad to have met you here and hope to one day meet in person!

Happiest of Belated Birthday Greetings Steve! Sorry I missed the mid-century mark of of your life. Don't worry, when you turn 6-0 it won't feel any different than 50. :)

I too am scared of the outcome of this election. It almost seems like this latest kerfuffle surrounding Hillary was planned. But I don't believe in conspiracy theories ... do I? I too know many people who are supporting Trump, but they only do so because their hate for Clinton is so strong. I don't get it.