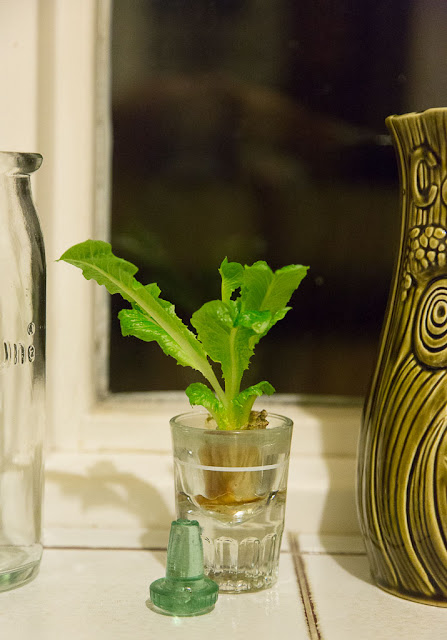 I really am experiencing Elisabeth Kübler-Ross's five stages of grief. I think I'm somewhere in the depression/acceptance range, though every once in a while I revert to anger. Yesterday I wrote a letter to the public editor at The New York Times, expressing my frustration at the massive fail in their news coverage. I have never taken an election so hard.

But I can't just sit around here numb with depression. We have to move on. Right? So let's talk about something else...

...like our hydroponic lettuce, which has grown quite a bit since my last picture. It's still not enough for a decent salad, unless you're Barbie, but I'm not sure how big we can reasonably expect it to get. I'm impressed it's lasted this long. 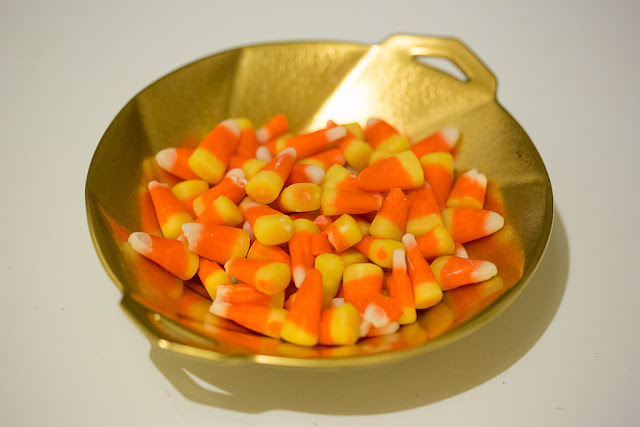 Or how about my annual shipment of candy corn, sent by my brother in Florida? This is his idea of birthday humor, because we both loved candy corn as kids and used to eat it by the bag. I'm sure I could buy it in England, if I wanted it, but he insists on mailing it to me as a reminder of our childhoods.

It's so sweet that, as an adult, I can only eat about one piece a day. It's amazing how much sugar kids can consume. 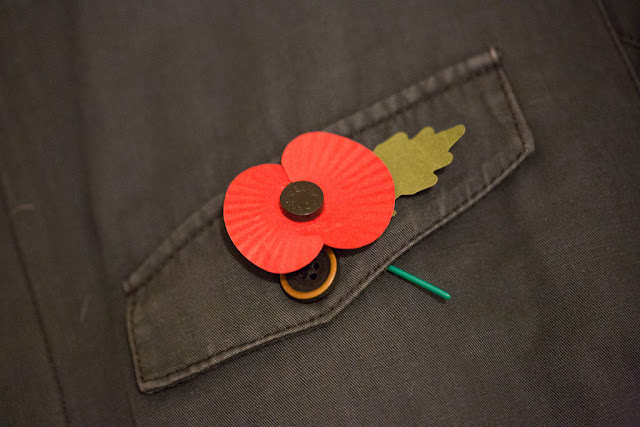 Finally, this is the time of year when we in the UK wear paper poppies on our jackets to honor veterans. Today is Remembrance Day -- the counterpart of Veterans Day in America -- and this Sunday, ceremonies will be held in Whitehall and all across Britain. The two world wars still resonate deeply in British culture as events that transformed the country.

The cold weather has continued to linger and I think it may be here for the duration of the season. We've only hit freezing once, as far as I know, but we're not far above it at night. A few nights ago I brought our plants in from outside, and a huge earthworm was huddled beneath one of the pots, apparently seeking warmth. So I put him in the pot and brought him in too. An earthworm vacation in a balmy locale! I'm sure he was thrilled -- or would have been, if he had a cerebrum.
Posted by Steve Reed at 6:41 AM