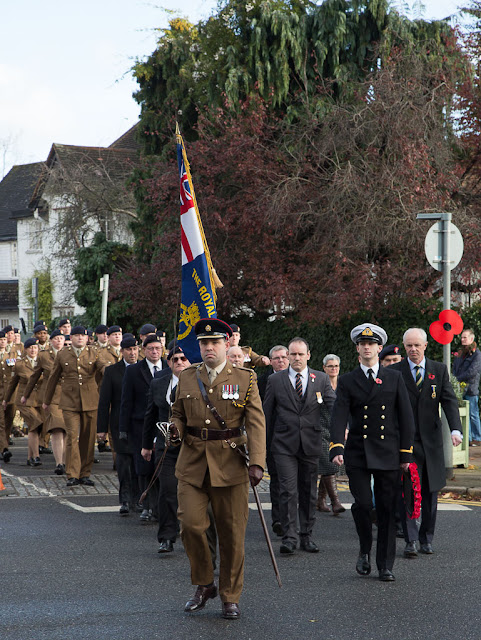 Yesterday I took a photo walk in Wimbledon and Richmond, in southwest London. My goal was to see Richmond Park, where I'd never been, and I'd intended to travel directly to Richmond on the District Line tube. But the first District Line train went to Wimbledon instead, so I thought, "Well, I'll just go there and walk to Richmond."

It turned out to be a fortuitous decision, because I found myself inadvertently attending Wimbledon's Remembrance Sunday services. I was walking down the high street when I saw a military procession about to begin (above). 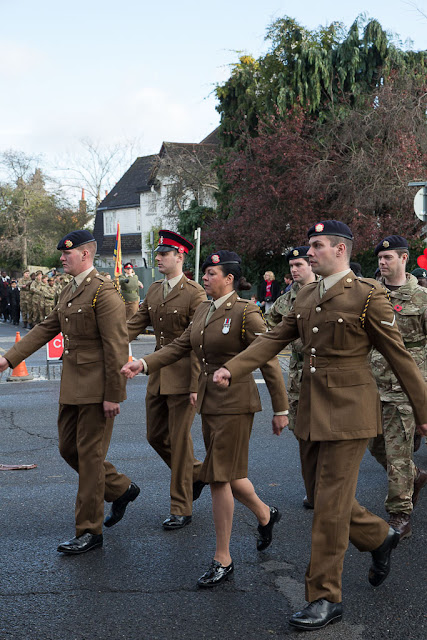 So I shot some pictures and followed the procession to the war memorial, at the edge of Wimbledon Common. 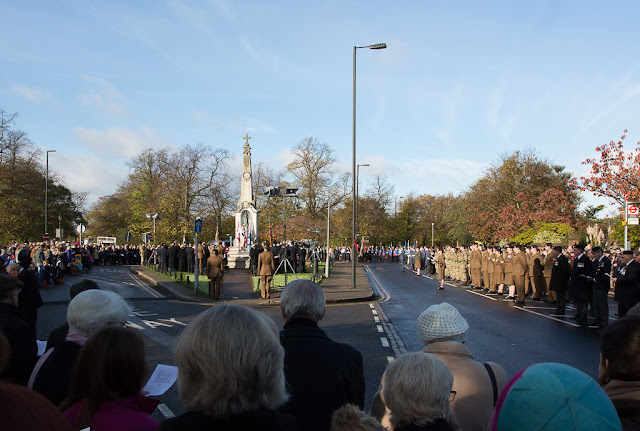 There, crowds had gathered to pay respects and remember the war dead. 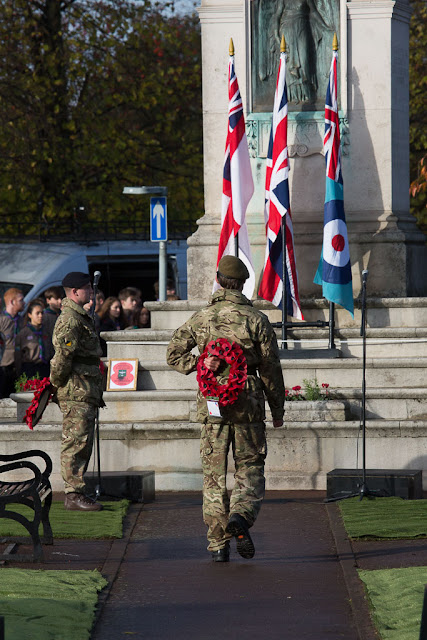 There were prayers and messages from local clergy, emphasizing the need to care for others without seeing in that action the diminution of ourselves and our countries. One spoke about the Biblical assurance that the meek shall inherit the Earth -- meek in the sense that they put others before themselves -- rather than those who bluster and win "popularity contests." 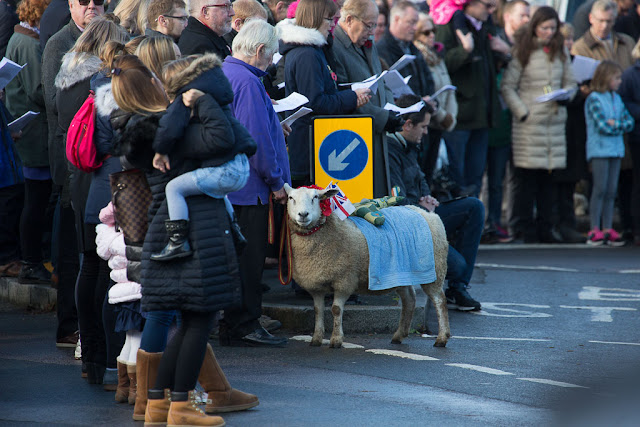 Someone even brought a Remembrance Sheep, decorated with poppies, flags and what looked like a toy airplane on its back. A small band played, including a very capable bugler, and hymns were sung.

I didn't stay for the entire service, because I had a long way to walk, but it was an interesting, somber yet positive and hopeful experience.
Posted by Steve Reed at 6:30 AM

I am so glad that you are somewhat shielded from the shit going down in our country. I envy you the space and distance. Thanks for always sharing your life and your beautiful, interesting photos.

IF I should die, think only this of me:
That there's some corner of a foreign field
That is forever England. There shall be
In that rich earth a richer dust concealed;
A dust whom England bore, shaped, made aware,
Gave, once, her flowers to love, her ways to roam,
A body of England's, breathing English air,
Washed by the rivers, blest by the suns of home.
And think, this heart, all evil shed away,
A pulse in the eternal mind, no less
Gives somewhere back the thoughts by England given;
Her sights and sounds; dreams happy as her day;
And laughter, learnt of friends; and gentleness,
In hearts at peace, under an English heaven.

Elizabeth: Somewhat shielded, but people here are pretty concerned, too!

Ms Moon: Well, I'm just calling it that. I think it was just some guy with his pet sheep!

You got some great photos from this event. It seems like remembrance day is celebrated a lot more over there than it is here. The sheep is a bit unusual. I wonder what the reason for that was.

Good walks usually provide good photo opportunities. This walk certainly gave a good opportunity and like a good reporter you covered all the details.

Good crowds of people attending - that's good to see. And a timely message.

I like the poem YP contributed. I just finished a WWII based book and have two more on the go; it was completely unintended timing, but it made me more pensive than usual about our special day of remembrance.

It never fails to move me every year