A Day for Catching Up 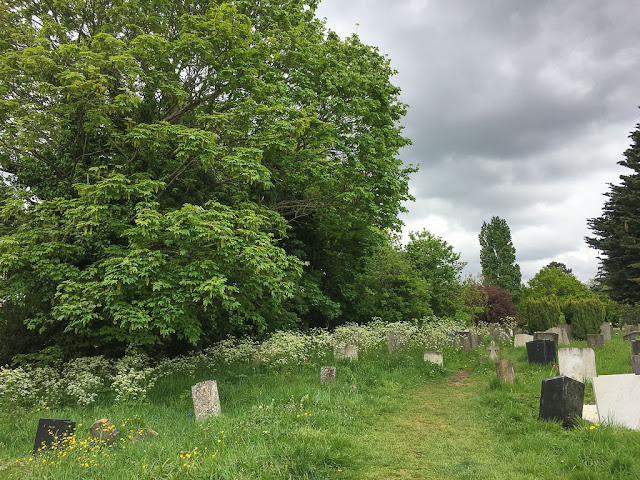 I spent yesterday pretty much at home, doing laundry and cleaning and putting things in order. I even washed the windows! It was good to have some down time. I endeavored not to take the dog on a walk, but she insisted, jumping up, staring at me and quivering in anticipation whenever I shifted position on the couch.

So we went to the cemetery, where the Queen Anne's lace (or is it cow parsley? I can never tell the difference) is blooming in profusion. 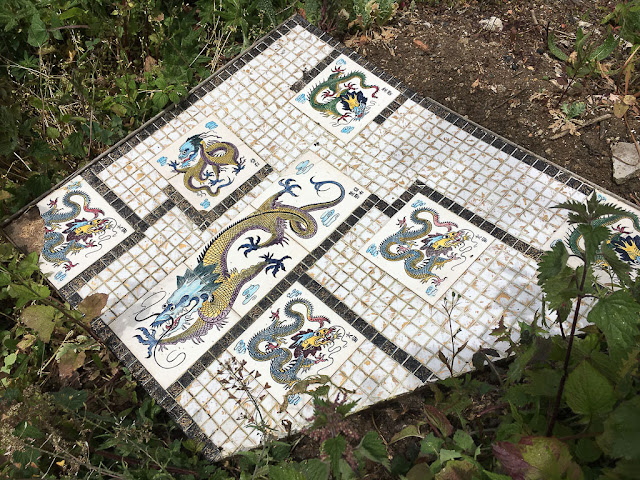 On our way home we passed a house under renovation (I think?) where this panel of wall tiles has been lying in the front yard, next to the street, for a year. I photographed it exactly a year ago today, in fact. I would salvage those dragon tiles if I could figure out how to get them off the panel without breaking them. I'm not sure it's possible. 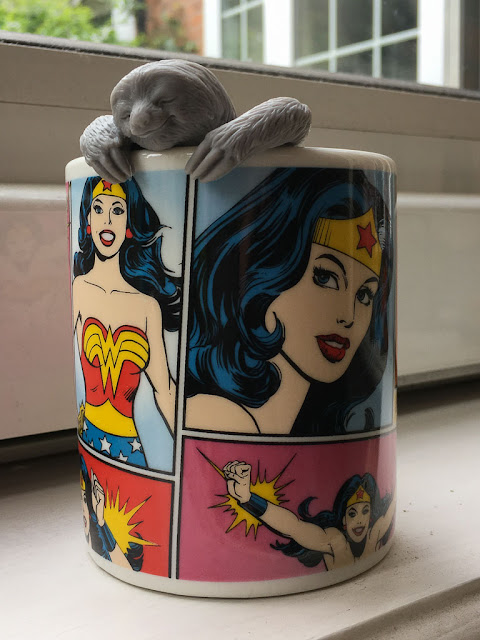 At home, a mysterious Amazon package arrived containing a tree sloth tea infuser from my old high school friend, Kevin. (Back in high school, my then-girlfriend Barbara began calling herself Panda Bear, and I figured if she could have a spirit animal then so could I -- and I chose Tree Sloth.) You put the tea in the sloth's body and he hangs on the side of the cup, infusing the tea into the water. I haven't actually tried it yet, but it's a fun idea, and Wonder Woman approves.

In the afternoon I watched "The Moon-Spinners," a 1964 Disney movie with Hayley Mills that I loved as a child. I remember seeing it on "The Wonderful World of Disney" on Sunday night television, and it really stayed with me. It's a yarn about jewel thieves set in Crete, and I yearned to travel to such an exotic locale, with canvas windmills, and overloaded buses full of chickens and goats, and the blue Aegean Sea. I don't think I've seen the film for 20 years or so, and even though I have since been to Crete and some of that mystery is gone (and the buses no longer contain chickens and goats), it's still fun to watch. I tried to share it with Dave, but true to form, he fell asleep within the first 15 minutes.
Posted by Steve Reed at 6:46 AM