The Nieces Go to Paris 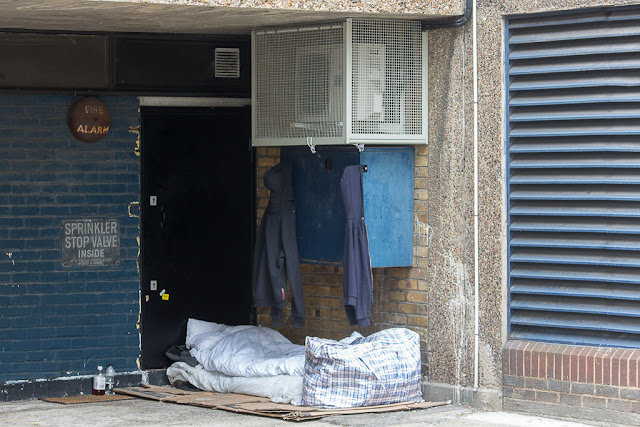 We've had quite the night around here. Dave and I went to dinner with the visiting nieces yesterday -- once again at our local pub, the Black Lion -- and they talked about their desire to go to Paris. They've been kicking this idea around for a few days, but apparently by the time they got online and tried to buy tickets on the Eurostar, the prices had become insane. They were also having difficulties getting their credit card transaction to go through. So when we got home, I tried it myself -- and indeed, I was getting $800 and $900 fares for the two of them.

I wondered what their options were for flying, so I checked Travelocity. Long story short, they departed this morning at 3:30 for a 6 a.m. EasyJet plane, and will return this evening, at a fraction of the cost of Eurostar. It seems crazy that a plane would be so much cheaper, but it was -- less than half the cost, including airport transfers -- thus making their trip feasible, if fatiguing.

So that's where they are today. I'm having creeping parental worries about whether they'll lose their passports or miss their return flights or get lost or get mugged at the Gare du Nord -- which is silly, because these women are in college and perfectly capable of taking care of themselves. Besides, getting lost is part of the fun!

I'm still doing library inventory -- DVDs, which are a nightmare to work with because the bar codes are never in the same place from one to the next. In fact they're often inside the cases, which means I have to open each DVD to scan them. I have half a mind to just not inventory them. After all, they're old technology, right? Aren't we going to get rid of them soon, in all likelihood?

(Photo: Someone's sleeping spot in Elephant & Castle.)
Posted by Steve Reed at 7:05 AM

Perhaps you and Dave should adopt the college girls as you already sound like their dad.

I will be glad when you report that they are back, safe and sound.
By the way, Steve, it turns out that a GREAT many people found my blog through you. I owe you at least a meal at Japanica!

YP: It may be a bit late for that!

Ms Moon: When I wrote this post I was completely unaware of the events in Manchester. What a horrible situation. And yes, I'll be happy when they're back in London, as safe and sound as any of us ever are. Japanica it is! :)

Steve, I know about those creeping worries. Welcome to my world. But they will be fine. You're a good uncle.

Travel for young people is a mind expanding experience. Throw in a few kinks and it's something they won't forget.

the picture reminds me of a photo one of the attendees at the artist's symposium last summer. she's from France and a photographer who took a picture of a homeless person camp which was set up niche in a tunnel, a public place but not where many people would ordinarily go. she didn't feel right making the photo public, as if she was invading the person's privacy (who was not present at the time she took the photo) and asked how we all thought about it. most of us thought it was a beautiful evocative image and did not feel it was an invasion of privacy since the person had set up in a public space, even one that was off the beaten path as it were. had the occupant been present that would have been different. but there was one woman who was vehement that it was an invasion of this person's privacy and life.

Those prices for Eurostar are outrageous. I can't imagine! I did purchase mine a month in advance because saw them going up but, I never imagined they would get that high. I bet they will have a great time.
For someone living on the street, that seems like a rather cozy bed.

Being from a large family I have many nieces and nephews in my life. I would have made a terrible parent in as much as I worry about them way too much. What if? What if? What if the sky should fall? I admire the girl's fortitude, wanting so much to see Paris they are willing to begin the adventure in the middle of the night. It makes my stomach hurt to think about all of those connections, and lines, and security. They will love it.
I also wanted to comment about your previous post. When I was in my mid teens I would go with friends into the back woods of Eastern Oregon and hunt for antique bottles. We would first locate an area on a very ancient map that showed where people lived a hundred years ago but where no one lives now. Then we would go try to find the dump.
I laugh at myself thinking how delighted we were to be digging through a hundred year old garbage pile. We discovered many bottles that were not terribly unlike what you found.
I read your blog every morning, thanks for your hard work.

Sounds a little like many airfares climbing the closer you get to your departure date. But I bet they have a great time!

Wow, those prices are scandalous. I hope the nieces have a great time in Paris and get home safely.

Just think of the resources (fuel, for one) used for a plane vs a train! The prices do not seem to reflect all the costs. Maybe they reflect demand instead?

Do your DVDs at the library get checked out much? I would think perhaps a school library would have slightly different needs than a regular library. We old fogies (speaking for myself, not for you - ha ha) would be more likely to use the DVDs than the kids would.