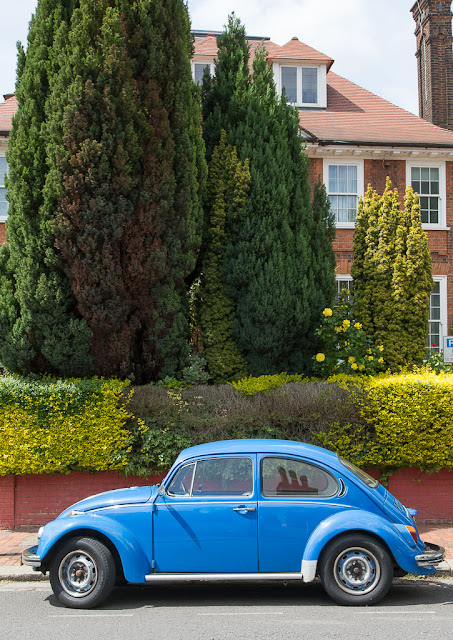 Did anyone happen to read this article in the New York Times Magazine about Jared Kushner's real estate empire? Or, more specifically, the subdivision of his real estate empire that acts as landlord for low-income tenants in Baltimore, one of America's rougher rust-belt cities? It is a truly illuminating piece. Basically, his firm buys troubled apartment complexes and then harasses tenants who had already moved out to get them to pay for broken leases, even when they had permission from the management to leave early. It's Slum Landlord 101. I almost posted it to Facebook, with a caption saying, "Dear 46.1 percent of America: These are the people you elected because you believe they represent the interests of the working man." But then I decided that there's enough toxic arguing on Facebook and I just didn't want to add to the rancor.

Somehow on the blog it seems OK. By now, you all know what to expect from me, politically.

The nieces are leaving today. We said our goodbyes last night, after hearing about their trip to Paris and treating them to some authentic British television ("Gogglebox," which I've written about before, and "8 out of 10 Cats Does Countdown," a game show played by comedians who are much more focused on being funny than on actually winning). They're asleep now, but by the time we come home from work they'll be in the air on their way back to North America.

Dave has a concert tonight, so I would normally be looking forward to a quiet night at home -- except that I have a phone appointment with someone from Barclays, our bank, who's supposed to fill me in about all the percs of our new account. (The account that I didn't even want.) They called me two nights ago and asked if everything was going well, and I complained about the fact that I was told our ATM cards wouldn't change, and then we subsequently received new ATM cards in the mail. They apologized and put me on hold for ten minutes, at which point I hung up. I'm not going to mention the ATM cards tonight. I just want to get through this damn phone call, which again, I did not initiate.

I want my bank to be a silent partner in my life, you know? I want them to hold my money and otherwise keep a low profile. *Sigh*

Oh, and remember how Dave and I had our DNA analyzed? I was recently talking to a co-worker at a party and learned the same test exists for dogs! Well, not the same test, exactly -- but a breed analysis, useful for determining the canine components of a mongrel dog. Of course, we ordered one for Olga, and after taking swabs of her inner cheeks (which she loved, and yes, I'm being sarcastic) we mailed it off yesterday. Olga is definitely a mix of something -- now we'll get to find out what.

(Photo: A parked Volkswagen in Hampstead, last weekend.)
Posted by Steve Reed at 6:57 AM

By the look of her I would say that Olga is a direct cross between a chihuahua and a Great Dane. It was a love that other dogs said was doomed to failure but FiFi and Schmeichel disagreed and eloped to Gretna Green where Olga was conceived.

I hope the nieces had a good trip. It's a shame that they didn't get to see England's most precious jewel - Yorkshire.

Can you send details of the dog testing?
jgsheffield@hotmail.com

So glad the nieces had a good trip. I totally understand being cranky. There is so much negative energy swirling. Even as I keep these dangerous Trumpers in sight, I am looking for the good with everything I am. It helps to visit here daily. It is good to surround oneself with humane souls.

Love the VW! I am wearing a shirt at this very moment which is the same color.
I am not surprised to hear about Kushner. But god. How depressing. It's all such a horrible mess. It's all such a crushing blow to any of us who had faith in goodness.

There is so much to be cranky about it is hard not to be. I try to focus on my family, the cats and our beautiful garden.
I hope your bank call goes as well as it can. Spend some time with Olga in your lovely garden.

great shot of the VW and the trees and house peeking behind. dealing with stuff makes me cranky too. I spent several hours on the phone a while back trying to get something resolved (and I don't even remember what now!) that when I got transferred to the fourth person I just told her that I know none of this was her fault but I was probably going to yell at her anyway.

The Kushner family really dropped the "honorable" ball with Charles at the helm, rotten to the core, a couple of years in the slammer, the family is worth billions!So it goes, in the white house these days, every day. we are all outrage weary!
That is so sweet of you to get Olga's Dna to see if she is truly the queen of Dogdom, which I suspect she is! You probably could have swabbed her Kong for a sample and saved her the grief of cheek swab.
Love the V W. Always sentimental about bugs!

Wow, I just read that article. I should have known that he'd be just as bad as his father-in-law. However, I didn't guess he was a slum lord. That is just despicable.
Good luck with your bank discussions.

I have a friend who did the dog DNA test on her two dogs & was surprised by the results (ironically, they both had chihuahua in there - ha!).

The details in that article are outrageous. Thank god for investigative journalism. How can people do this to other human beings? I hope - without much real hope - that the Kushner and Trump empires implode someday and the clans are reduced to the circumstances they are inflicting on others.

Damn it, I'm cranky too.

Not too cranky to appreciate the VW bug, but damn cranky.

Queens had a DNA test. She is 15% Pitt/(Staffy), 15% Boxer, 10% Chow and 60% "Undefined". The Vet thinks the undefined part is Plott Hound, a more obscure breed not likely categorized in the DNA result pool and also likely in that she came from Macon, and Plotts are hunting dogs from north Georgia, Tennessee and the Carolinas.

I had to look up Plott on Wikipedia, but it sure does look like Queens, and she cant keep her nose off the ground and her feet out of the mud.

I have not seen the article on young Kushner and doubt I will read it. I'm up to here with crap about our "First Family". Did you see the video from the NATO meeting where Trump rudely shoved past a guy from Montenegro? Oops, just got an alert that Jared Kushner is under FBI scrutiny for the Russian meddling probe! And the beat goes on.

Scum is far too good a word for kushner and his kind.

I meant to tell you, the composition of the photo of that blue VW is kinda perfect.