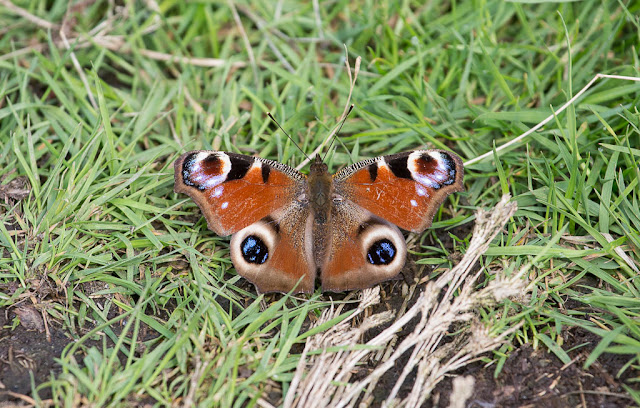 Finally! Some butterflies! I took Olga on our West Heath/Sandy Heath/Hampstead Heath Extension walk yesterday, and we were out for several hours. We saw lots of insect life, including ladybirds, bees and yes, butterflies. I saw a red admiral, an orange one that flitted past too quickly for me to identify it, and this peacock (above).

You may remember that just last weekend I mentioned the dearth of insects at Wormwood Scrubs. Perhaps during the past week more of them took wing! 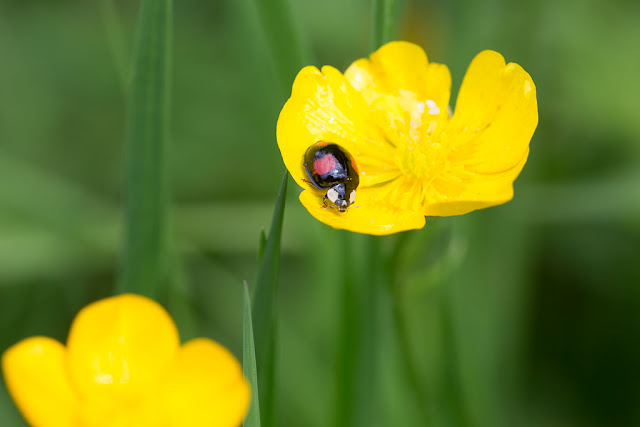 The dog had a great time. She's in bed now, still recovering. Dave is a bit concerned about her because sometimes after our long walks she goes through a period of very mild limping -- just a little hitch in her step, like she's sore from overexertion. Creeping middle age, I suppose. You'd never know it while we're on the walk, though -- she runs and runs like there's no tomorrow. 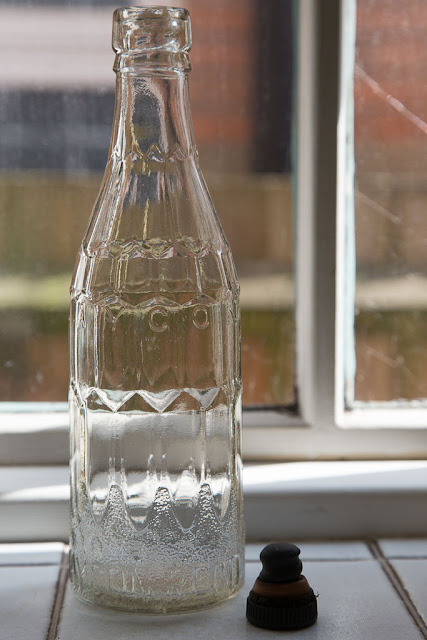 On Sandy Heath, I bent down to photograph some lichens just off the path. The pictures didn't really turn out, but while there I spotted this bottle lying amid the dead leaves on the forest floor. At first I thought it was just modern trash, but it's an unusual design and something about it seemed old-fashioned, so I brought it home. It says "Jaycon" and "Jaycon Regd" on one side, and "London" on the other. The unusual screw stopper says "Jaycon Table Waters."

So I did some research and it seems this bottle is, in fact, fairly old. The only Jaycon Table Waters I can find mention of online was "voluntarily wound up" as a company in 1973, but seems to have existed for a few decades before that. So who knows how long this bottle has been lying there?

Another addition to the kitchen windowsill...
Posted by Steve Reed at 6:37 AM