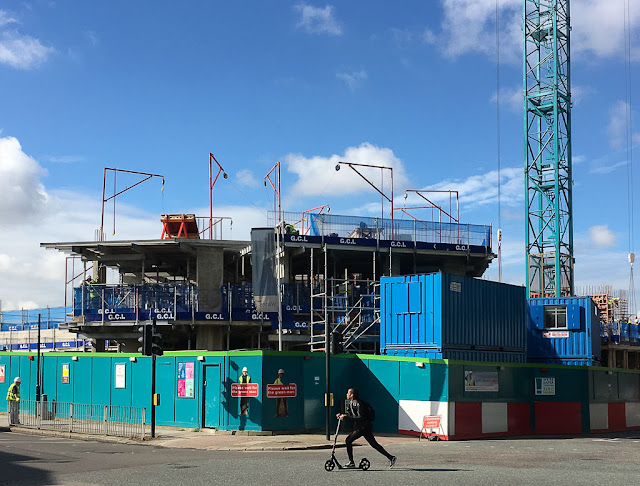 I have to be at work early -- I'm switching shifts with my co-worker, who usually opens the library but has another obligation this morning -- so I don't have much blogging time. Hence, iPhone photos! 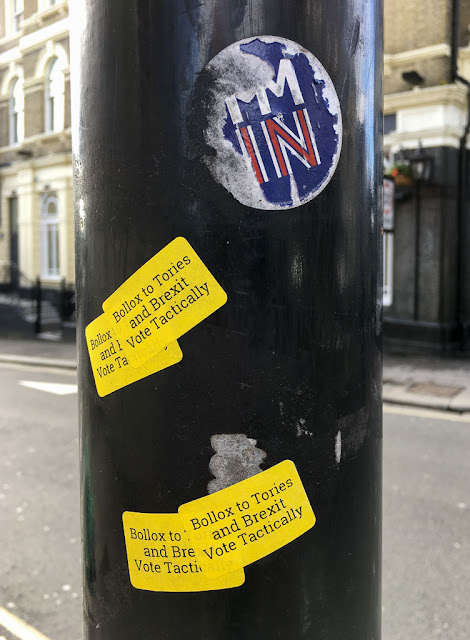 These stickers appeared on a pole near our tube station, in advance of the UK's "snap election" on June 8. Theresa May has called this vote in an effort to consolidate her party's power going into the Brexit negotiations. It's expected to strengthen the Conservatives' hand, given the relative weakness of the other parties -- including Labour, which has an unpopular leader at the moment. Some people fear that more Tory power will lead to "hard Brexit," or getting out even if negotiated deals are not in place to soften the blow. So basically the stickers, which probably come either from Labour or the Liberal Democrats, are reminding voters to think beyond the personalities and vote to throw some speed bumps in front of Brexit.

(The "I'M IN" sticker at the top is a remnant of the Remain campaign leading up to last June's Brexit referendum. Hard to believe it's already been almost a year since that travesty!) 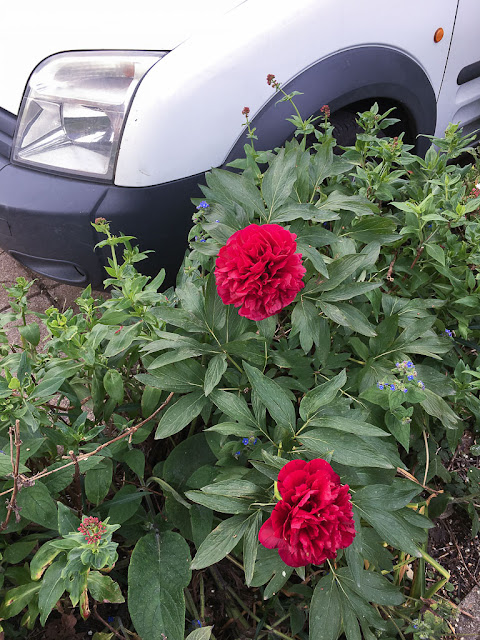 These peonies are blooming in front of the house on our street that's under renovation -- the one where we rescued the acanthus. We're not rescuing the peonies -- I can't see myself asking to dig them up, because that would be both rude and insane -- but I did want to at least take their picture. 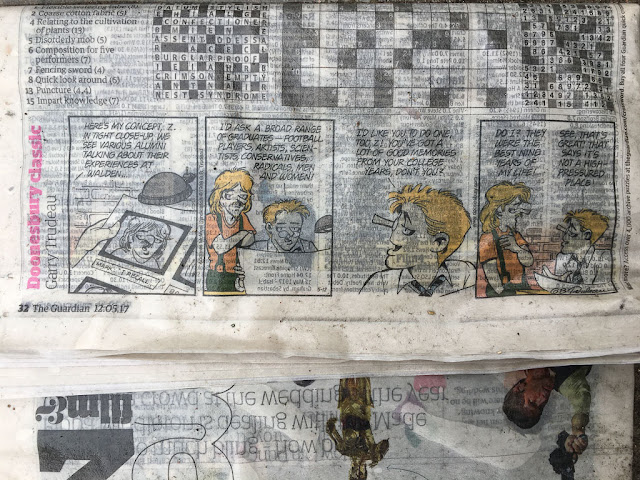 Spotted this soggy newspaper on the ground a few days ago. Remember comic strips? I haven't read comics in years, but I used to read them every day on my lunch hour. The paper where I worked in Florida carried two pages of daily comic strips. Now, I'm lucky to see just one strip -- in this case a recycled Doonesbury, appearing in The Guardian. 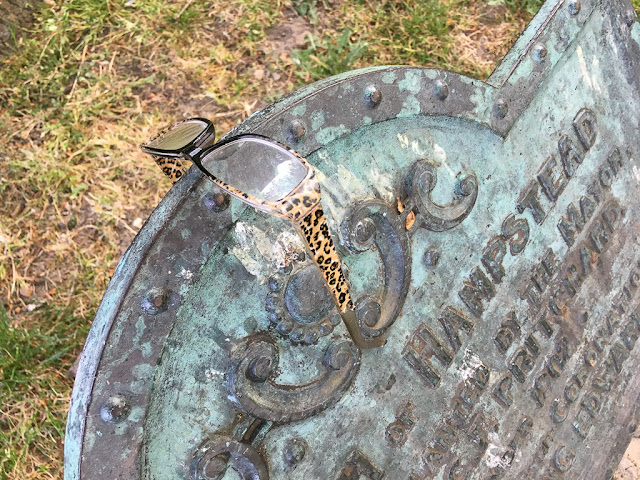 Also spotted on a neighborhood walk -- someone's groovy leopard-print glasses. Hope they found their way back to their owner. 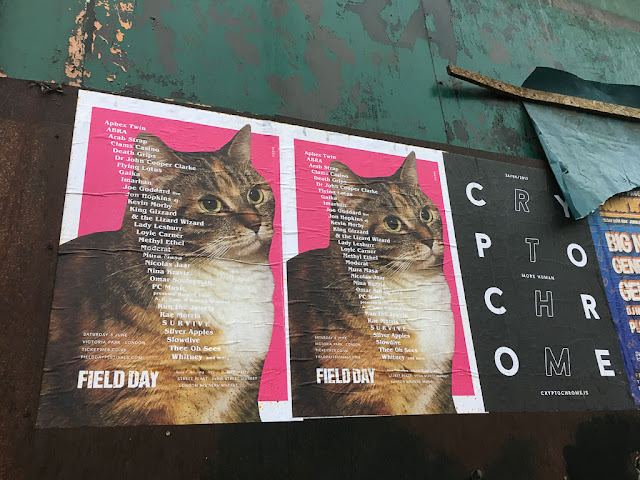 And speaking of cats, here's one way to make an eye-catching poster for your outdoor music festival -- adorn it with a gigantic picture of your tabby! Best band names: "Methyl Ethel," "Clams Casino" and "King Gizzard & the Lizard Wizard." The cat's name, if I'm reading the poster correctly, is Pierre.
Posted by Steve Reed at 6:31 AM

Love the on the way to work pictures. From the first one your post could have been 'scaffolding and scooter' but I like peonies and pussycats better. I managed to kill off the peony that was in our garden when we first moved in here. It was the same colour as that one and I used to love it. Oh well. One in a long line of gardening disasters"

I bet the construction company spent ages planning the look of their building site. Perhaps they called in a designer called Julian or Giovanni who pranced about the office in his Doonesbury T-shirt, peony-coloured chinos and leopard-print spectacles. You continue to observe your environment with a keen eye for detail.

I love your iPhone photos! They...capture! That one at the top, the extended leg of the guy- beautiful!

I don't understand Brexit. they want to throw the baby out with the bath water. Although the whole European union seems to be in trouble.

yes, I too love these iphone photos. so random and revealing.

I haven't seen a comic strip in ages either but, I do still look at the editorial comics. A Fun selection of photos today.
I saw your famous neighbor in two different television shows this last week. They were both British detective shows.

That really is the most attractive construction site I've ever seen.

The comics are about the only thing I read in the daily newspaper. Everything news-related I get from internet newspaper sites!

Your photos are always delightful.

That cat is very handsome!

Ooh I love peonies! We're hoping to get some for next year. I read my comics online these days - and I actually pay for the privilege - ha! And I read that very Doonesbury!