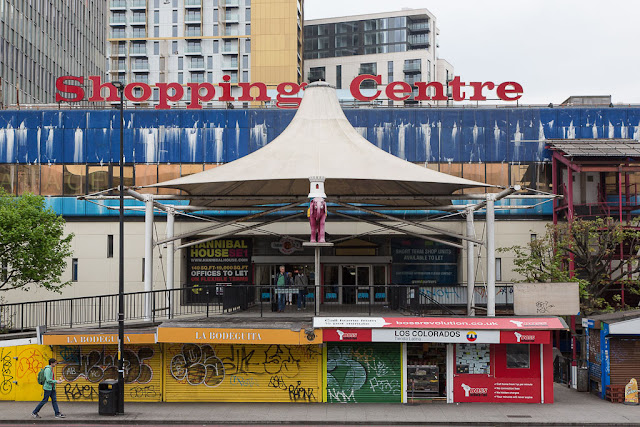 Almost six years ago, right after Dave and I moved to London, I visited the neighborhood known as Elephant & Castle, at the end of the Bakerloo tube line. According to my blog post from that time, I found a "downtrodden mall" and lots of elephants here and there.

I went back yesterday, as I took a photo walk from Vauxhall through Lambeth to London Bridge. The "downtrodden mall" is even more downtrodden these days, though quite colorful. This area has been slated for redevelopment for years, and the mall is going to be demolished, so whoever owns it is probably doing minimal upkeep. They're not trying to remove those weird white streaks along the outer walls, for example. 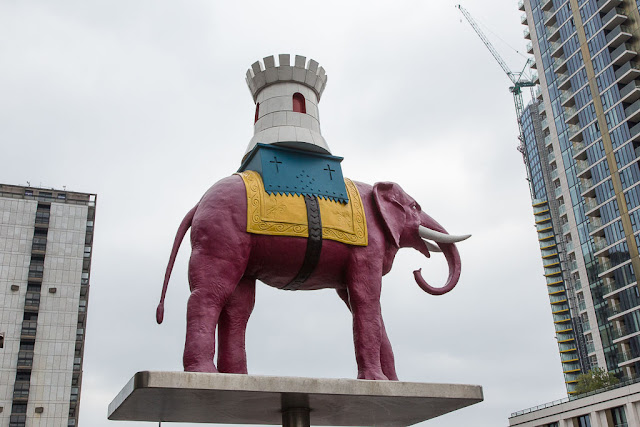 The best thing about the place is the big red elephant on a pedestal that stands outside the front door. Apparently this creature pre-existed the shopping center itself, which was built in 1965 as Europe's first indoor mall. The elephant came from an old pub, and photographic evidence suggests it was first installed inside.

When the shopping centre eventually comes down, it goes without saying that someone needs to save this elephant. 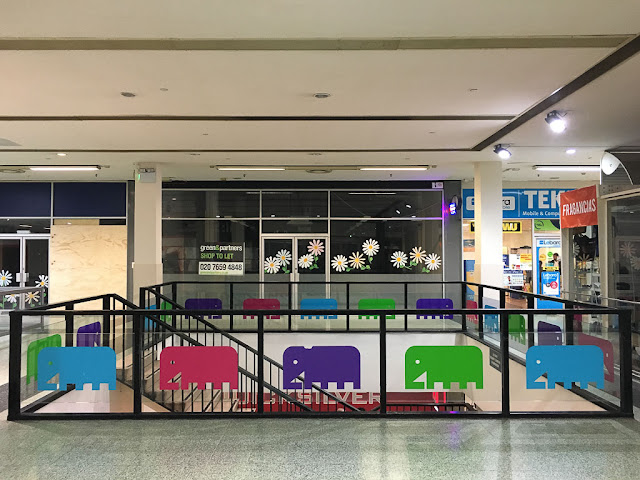 There are colorful elephants in the mall itself, along with some quirky little family businesses, a Tesco and a few other chains. Many of the shops are vacant. It's probably hard to rent space in a commercial building whose days are numbered. 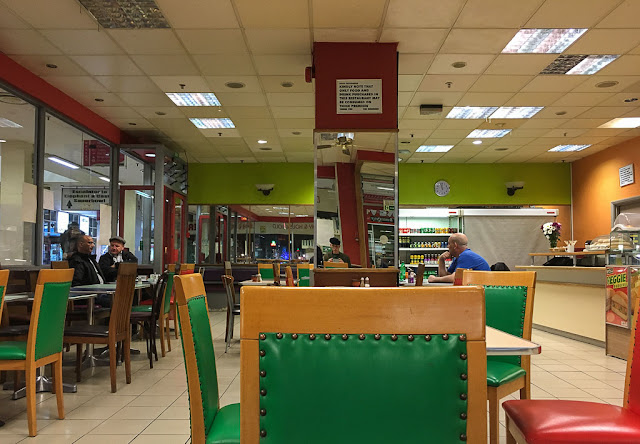 I had brunch -- one of several possible variations on an English breakfast -- in a very colorful little cafe called the Sundial. (You can see me reflected in that mirrored column in the middle of the room.) I sat near two people, at two different tables, who were having extensive conversations with themselves. They were definitely not on the phone.

I loved this place. 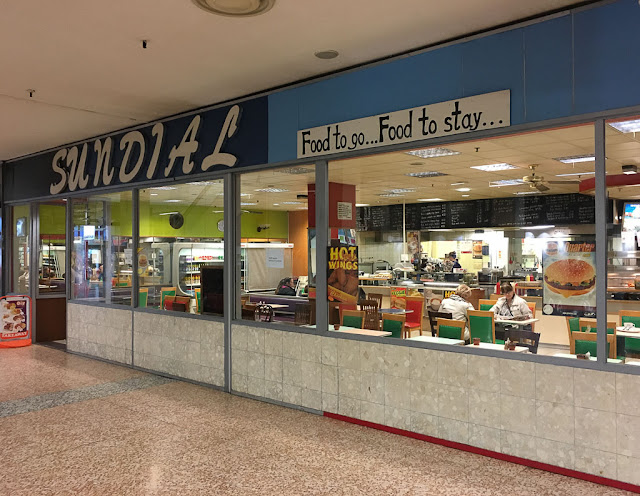 I suspect the ol' Shopping Centre is more lively on a weekday, rather than a Sunday, but it nonetheless has a tired air. I'm glad I got a chance to visit before it vanishes for good.
Posted by Steve Reed at 6:55 AM