Politics (Sorry) and a Foxglove 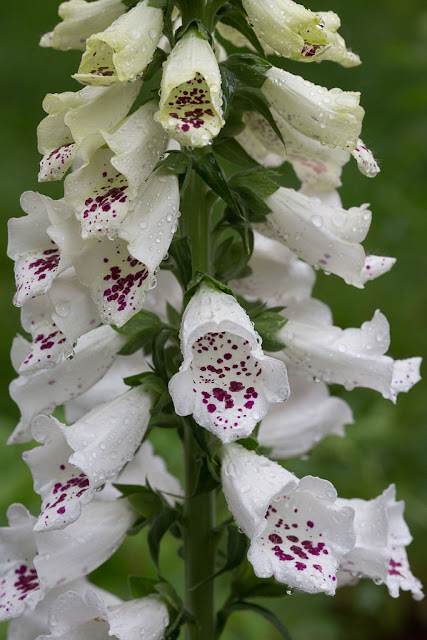 I went to an end-of-the-school-year work party last night, held in a spacious pub in Hampstead. Of course, after a couple of pints, we wound up talking politics. Fortunately my co-workers and I all appear to be on the same page when it comes to Brexit and Trump, so I didn't have to self-censor too much.

I'm experiencing an odd sort of disassociation about Trump. It's almost like this isn't really happening. We don't really have an incompetent egoist in the White House, hacking his way through the federal government and our treasured Constitutional legacies with a machete in his short-fingered hands. Do we?

Well, yes, we do, but it's still hard to believe.

I've concluded that I, personally, have to just let it play out, however it will. There's nothing more to be done. Maybe I'm still in denial, but I doubt this character will last four years, and though he'll inflict some damage in the meantime, I have to have faith that the government is stronger than he is.

Every few days, in addition to the real news, I take a look at Breitbart to see what the right-wingers are saying, especially in the reader comments. Interestingly, they have no real pro-Trump message. All they can do is whine about the liberal media and invoke outrage at the idea that Hillary would be any better. (They're still spending incredible amounts of time and energy grousing about the criminal, corrupt Clintons. I think Clinton-hating is a genuine psychiatric disorder among these people.)

I have seen right-wing rumbles that Trump needs to stop listening to his "liberal Manhattan family." There is discontent with Jared Kushner and Ivanka -- rooted in anti-Semitism, I suspect. 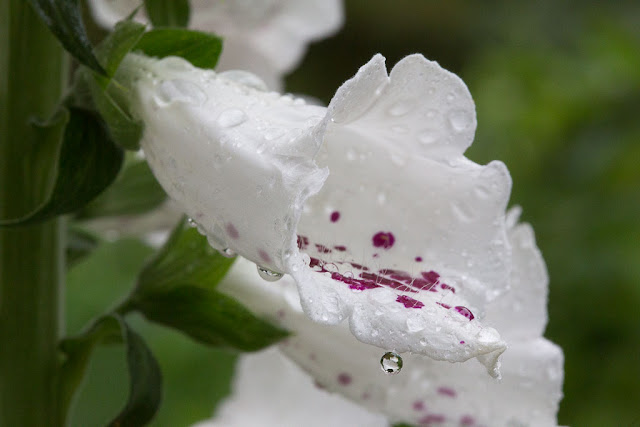 It's all so exhausting that, on a day-to-day basis, I think about it only as much as I can stand. There is reason for hope, though. Trump is so clueless that his incompetence will bog him down. He may prove to be quite ineffective.

In other news, as you can see, one of our foxgloves (not the rescued one) is blooming quite well already. Dave's nieces had a great time exploring London yesterday, traipsing around Westminster. They didn't get home until nearly 10 p.m. last night! More of the same for them today, I'm sure.

Once again I worked on library inventory in the afternoon, scanning and scanning books on the shelf. I think I can finish the fiction section today. Then it's just a matter of a few small sections here and there, and we'll be done. The antidote to my organization-man thinking about the library, as I expressed yesterday, is to remember that the library and the librarians are there for the people, not for the books. Right?
Posted by Steve Reed at 6:59 AM