A Baseball on my Forehead 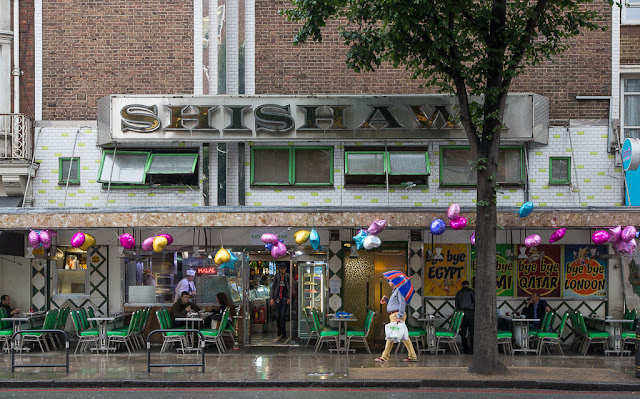 On Wednesday morning Dave and I were sitting in the living room -- me reading my Tennessee Williams biography, Dave watching something on his computer. I kept hearing a man shouting out in the street. I couldn't tell what he was saying, and then our doorbell rang. Dave answered it, and it was the shouter, asking in his heavy East London accent whether we had any knives we needed sharpened.

Good Lord, I thought. Does this still happen? Itinerant knife sharpeners wandering the streets of London? It seems so "Mary Poppins."

Dave told him that no, we had nothing that needed sharpening. Which is mostly true. I hadn't thought about it, honestly. I'm sure we will now find dozens of implements that could stand to have a sharper edge.

Dave and I have spent the last two days in and out of the Royal Free Hospital -- him for a follow-up appointment for his Crohn's, and me to have the rest of that spot on my forehead removed. Dave's medical news is looking up. He was given some medicine that he said has already made a tremendous difference in how he feels.

I suppose things are looking up for me too, but right now my forehead just hurts. At least the surgery is over. The biopsy a month ago seemed to remove the lesion entirely, but the doctors felt -- despite the fact that the subsequent diagnosis of squamous cell carcinoma was apparently somewhat tentative and uncertain -- that more skin should be excised. (About a centimeter around, more or less.) I was awake for the entire procedure, but after local anesthetic I only felt a sort of pressure, a pushing and pulling, and I saw no sign of blood. I was then sent away with a baseball-sized bandage on my forehead and directions to take paracetamol for pain and to have my nine stitches out in a week.

I will have a scar, the doctor said. She said she made it a curved line, rather than a straight one, because curved lines "are more aesthetically pleasing." We'll see.

I'm not a vain person and I'm not too worried about it, but I hope it's not a super-obvious scar. The skin feels a bit tighter. As I told the doctor, I'm just going to think of it as a facelift. "Some people pay millions for this!" I said.

Dave and I joked that Olga might mistake my bandage for a ball and rip it off my head. Instead she doesn't seem to see it at all.