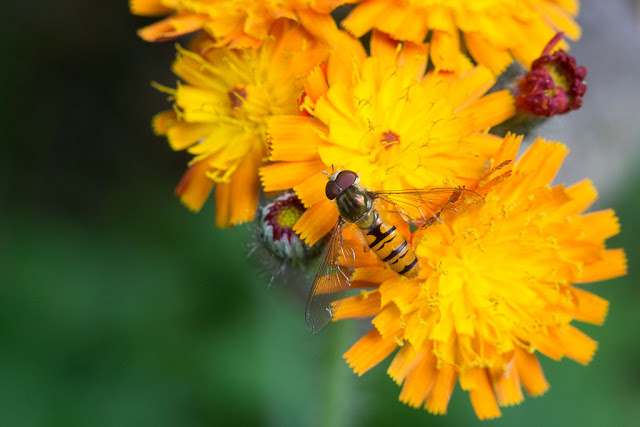 I spent an inordinate amount of time yesterday watching and photographing this hoverfly as it prowled around on our hawkweed, licking up pollen. (Or nectar, or something.) It was actually pretty fascinating, and I wound up with 84 pictures! But only seven keepers. 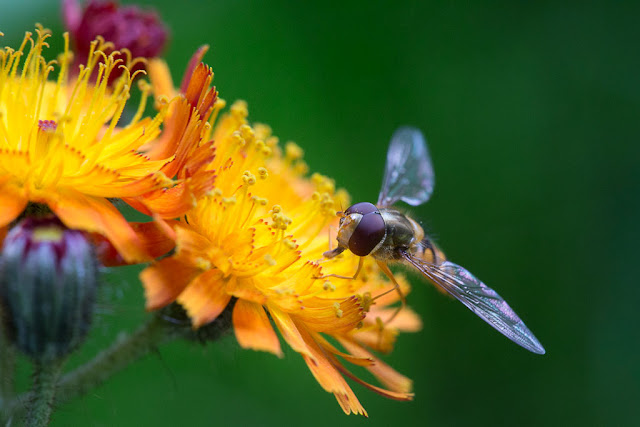 Dave and I had our meeting with the HR office at school yesterday, and finished a lot of our paperwork for the Indefinite Leave to Remain. We also scheduled an appointment with the immigration authorities to make our application, right after I come back from Florida.

Otherwise, yesterday was a day of rest. I spent most of the afternoon on the couch, reading a biography of Tennessee Williams. (It made me remember seeing "Sweet Bird of Youth" at the Old Vic several years ago.) I like Williams' plays, although they seem to have a certain sameness -- the damaged female protagonist, the Southern eccentricity, a general atmosphere of booze and sweat and decay.