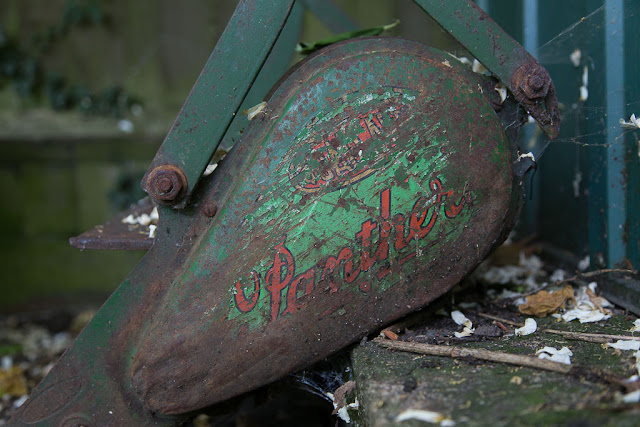 Good news! Dave and I both passed our "Life in the U.K." tests. The proctors didn't tell us how many questions we missed, or which ones -- it's permissible to miss a few -- but I know I got at least one wrong. It had to do with whether smoking in the wrong place is a criminal or civil offense. (Actual answer: Criminal!) If I'd thought about it a little more I would have realized that the police are involved, which would have been a clue.

Anyway, having that behind us is a relief. We went out to lunch for a little celebration, and we had passport photos taken for our application for UK residency. Now we have to finish gathering some additional paperwork, and then we can schedule a meeting with the immigration authorities. That will happen later this summer, hopefully.

Remember how I called our local council to get a tax statement mailed that would prove our residency? Well, they e-mailed it to me instead, which defeated the purpose entirely. (It has to come via snail mail to prove we live at the street address we claim, which I explained to them, but oh well.) I'm also still wrestling with our bank to collect official bank statements, which I need on paper and apparently am not permitted to print and submit myself. They need to come in the mail, too. Sigh. 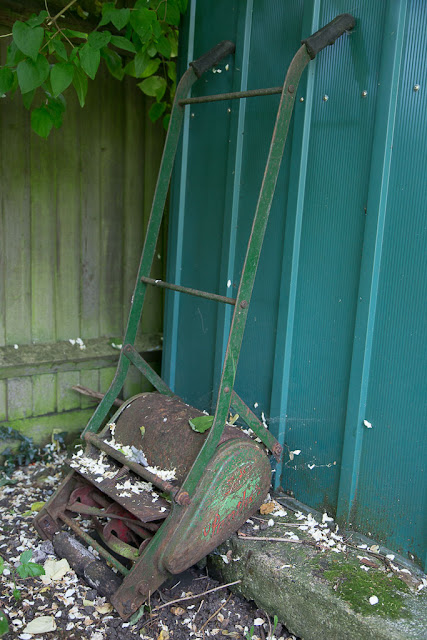 So, bureaucracy aside, let's talk about the Panther.

This (above) is the Panther. It's an ancient manual lawn mower, the kind with a cylindrical rotary blade, propped against the shed in our back garden. It belongs to our landlord, I assume, and who knows how long it's been back there. We've never tried to move it, much less use it, so it's pretty much just garden decor.

It's kind of cool, and the other day I got to wondering how old it is. Turns out there's a whole page devoted to the Panther at a web site called The Old Lawnmower Club. (I am not making this up.) I concluded that our model was made in the 1950s or '60s, but that's kind of a guesstimate -- I don't know enough about mower technology to evaluate ours relative to the descriptions from the club.

(Side note: There is also a British Lawn Mower Museum in Merseyside. Who knew? Fortunately, that question was not on the "Life in the U.K." test.) 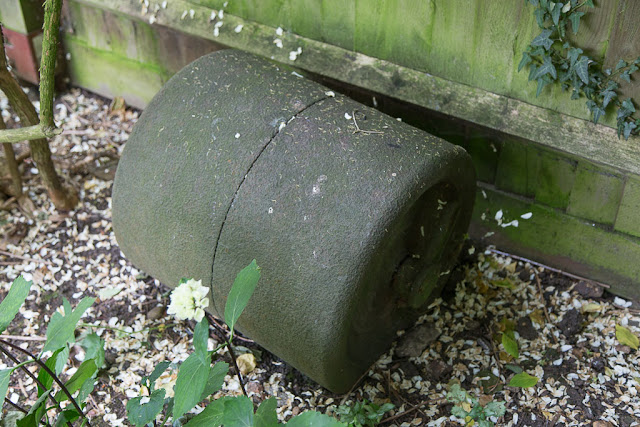 We also have a large, mysterious metal drum-like device lying near the lawn mower. Dave says it's an attachment meant to flatten the lawn and roll out any lumps and bumps. I have no alternate explanation, so I'm assuming he's correct! We haven't moved this object either. This and the Panther are simply giving our garden some antique charm.
Posted by Steve Reed at 6:33 AM

I’m Kim, and I’m writing to ask if I can use one of your pictures on my portfolio site. I study a master of communication design with Royal Melbourne Institute of Technology, and last semester I had a school assignment to make a new visual identity for a veterinary clinic. It’s a school project, and though the case was on based a real clinic, it is not used commercially.

My take on the assignment was to portray pets through 'a bit annoying but funny and sweet' pet situations. In that connection, I searched the web wide and far to find the perfect imagery. One of them was a picture of yours from your blog post: http://shadowsteve.blogspot.com.au/2014/07/olgas-ball-bonanza.html. It's the picture with the yellow Nike ball.

I would like to ask if I can use it on my portfolio site, www.kimkim.dk. I would have attached a pdf to show how I used the picture in the campaign, but I could not find your email anywhere. If you are interested in seeing an example, please do not hesitate to email me at kimmummhansen [at] me.com

I will of course credit you for the photo if you like.

Hope to hear form you,

All the best,
Kim

Kim, by all means, feel free! I normally ask for photo credit, but for that picture it's not necessary. Enjoy!

Hi Steve, that's great, thank so much! And thanks for the swift reply too!

Well done on the test - I was with a group of [fellow Brits] recently when we looked at a sample of questions and decided that we would all have failed.
The mystery object is a garden roller, once fairly common, It should have an axle and a handle to pull/push it to achieve the perfect billiard-table flat lawn. Most often used still on cricket pitches.
Many thanks for the photos you post each day - it makes me look at London with a completely fresh eye.

Nicholas -- thanks for the info on the garden roller! Our lawn is definitely not billiard-table flat, so clearly it hasn't been used in a very long time. :)

Congratulations to you and Dave! You always manage to make garden posts interesting...Happy weekend!

You and Dave are also giving the garden "antique charm". By the way, now you have passed the citizenship test I think you should both adopt English accents. If I might be so bold, a Yorkshire accent should suit you very well. Now repeat after me - "Ee by gum".

Hurray for you and Dave! I knew you'd pass.
What interesting yard implements! And isn't it wonderful how someone in the blog world always knows the answer to questions we may have?

The Panther is a rather unique looking tool. I'd love to see how it worked. I'm sure it's similar to the hand lawnmowers I've seen my grandfather push around but I wonder about the cover on it. Congrats on the test!

Congratulations on passing your test. I suppose there's a museum for everything including lawn mowers.

Congratulations to you and Dave! That's wonderful news. Love seeing the photos you post here. You do see such cool and interesting stuff.

I used to have a rotary lawn mower which I used when I lived in the city but it was a much newer version than the Panther. our lawn was very small since I had turned most of it into flower beds.

The Panther makes me feel so old, we had one like it when I grew up. My dad did the roll thing while the kids had to do the mowing.

That's pretty annoying about the need for mailed statements versus the inability (or unwillingness) to provide them. I'm surprised the banks haven't already decided they would do it FOR A FEE.

Kudos to you and Dave for passing your tests. And I thought we had draconian smoking laws here but at least the police don't have to be involved!!

Congrats on passing the test! you seem to be very at home in England so it's good you can stay. As I've said before, you have given me a whole new perspective on the place. You're a good ambassador!

Such a catch 22 situation. Frustrating. BUT look at you, all Britished!!! KUDOS to you both for passing the test! You both will make fine English gentlemen!

Well done men - you've passed the test. Are you intending to take out British citizenship?

E: Thanks! Any garden with The Panther is an interesting garden. :)

YP: We're the most valuable antiques we own! LOL. I would not attempt an English accent, and definitely not a regional English accent. I know I'd do it wrong.

Ms Moon: The Internet creates a lot of mischief, but it IS a terrific platform for sharing trivial knowledge!

Sharon: I have a feeling ours wouldn't function even if we DID try to push it around.

Red: A museum for blenders? For hair dryers? I wonder.

Robin: Thanks! London is a very interesting city visually, that's for sure.

Ellen: Yeah, I imagine they only really work on a small lawn. The grass I grew up with in Florida was way too tough and thick to be cut with a manual mower!

Sabine: Wow, I'm impressed your family did the roll thing too! You guys must have taken your grass seriously.

Jenny O: Well, in a way it's our fault, because we elected to go paperless for all our billing and statements. But who knew we'd need them for this, and that they'd be so hard to get when the time came?

37P: Thanks! It's probably changed a fair amount since you were here as a girl.

Linda Sue: Now we have to get some bowler hats. :)

Alphie: Maybe someday. We still have to live here a bit longer before we take that step. For now it's just permanent residency.