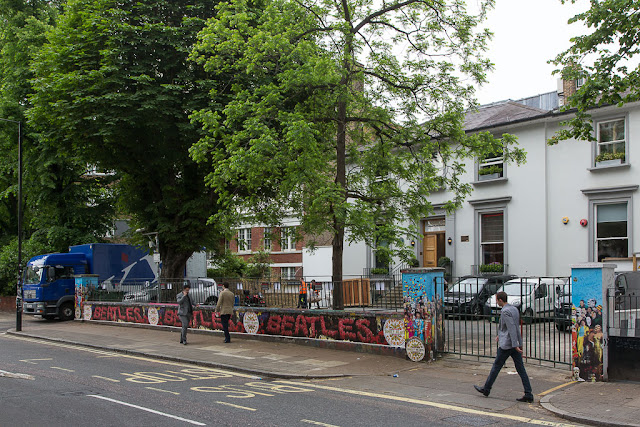 One of my blog pals, Sharon in Phoenix, occasionally visits London virtually by checking out the live web cam trained on the Beatles' famous Abbey Road crosswalk. A few days ago, she mentioned that there appeared to be a Sgt. Pepper-themed mural on the wall in front of Abbey Road Studios, where the band recorded that album and more.

So I walked over there yesterday morning to see it "IRL," as the kids say nowadays. (It's funny that it took someone in Arizona to tell me about a mural located two blocks from my workplace!) 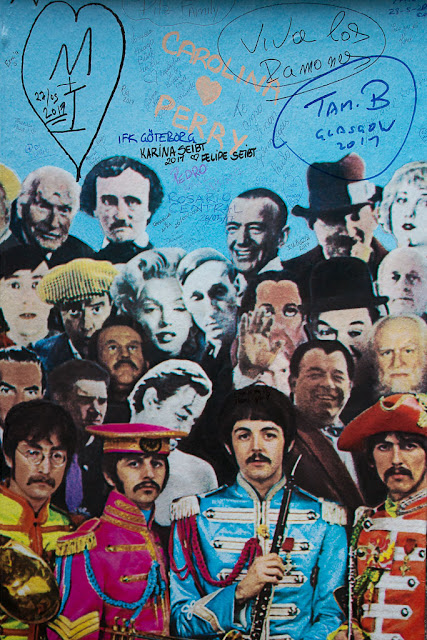 Sure enough, the wall -- which is normally plastered with visitors' graffiti -- has been adorned with photographic images taken from the famous cover of "Sgt. Pepper's Lonely Hearts Club Band." That album, as you've probably read, came out on June 1, 1967.

It was fifty years ago today
Sgt. Pepper taught the band to play...

The mural hasn't deterred the graffiti, I noticed. 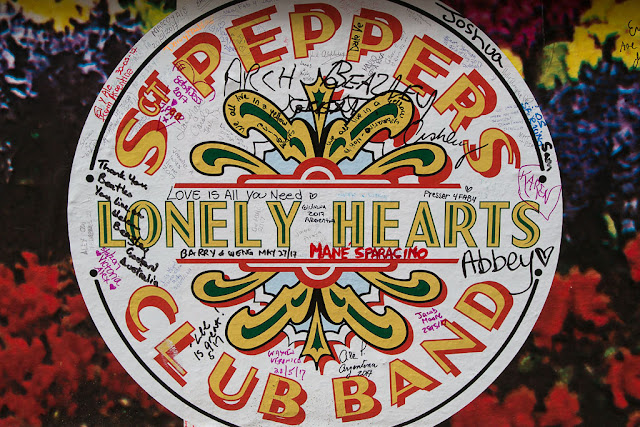 I don't remember when I first heard this album. I wasn't even a year old when it was released, so there's never been a time for me when the songs weren't "oldies," but that's not to say I don't recognize how different it must have seemed.

What I do remember is the risible 1978 Sgt. Pepper-themed movie featuring the Bee Gees, George Burns and others. Does anybody else remember that? My stepbrother had that soundtrack and for a couple of months we listened to it quite a bit. Then he decided he hated disco and the Bee Gees were permanently banned from his turntable. I think that's about when I got my first Beatles albums and, fortunately, went back to the source!
Posted by Steve Reed at 6:49 AM