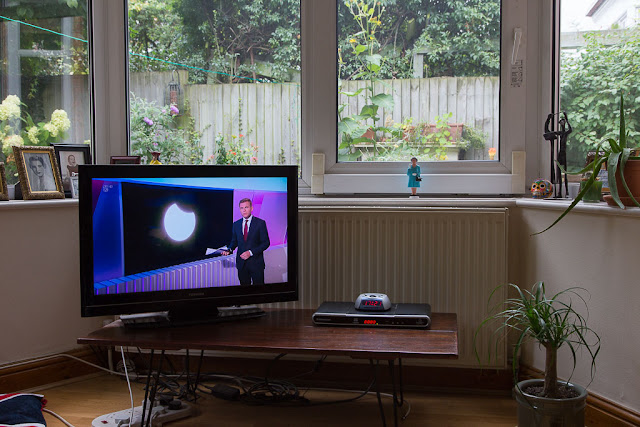 Well, this is as close as we got to yesterday's eclipse -- watching it on the news. It didn't affect us at all here in London, and in fact even if it had passed directly overhead we wouldn't have seen it, because it was pretty cloudy.

But The New York Times has a feature that allows us to experience eclipse totality virtually, which is pretty cool. You can get to that by clicking here if, like me, you live in a non-eclipse zone.

My friend Liz was at her parents' house in South Carolina. "Their town was on the total black-out line," Liz wrote. "We lucked out with perfect weather. It started to get darker, the bugs were loud singing and we saw the diamond as the full eclipse ended. Too cool."

She sent some pictures of the little crescent-shaped shadows thrown by the eclipsed sun: 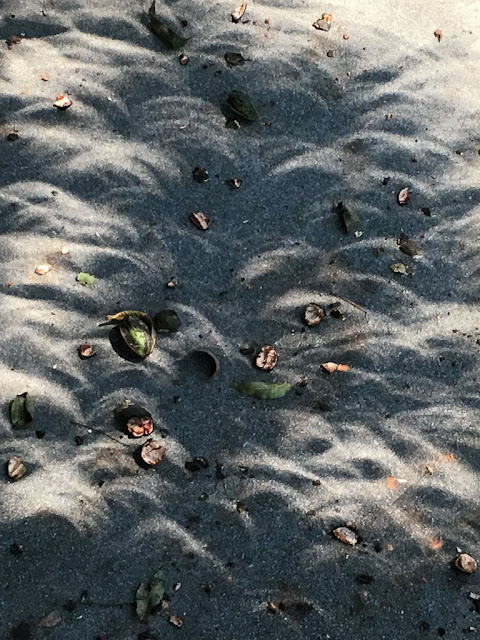 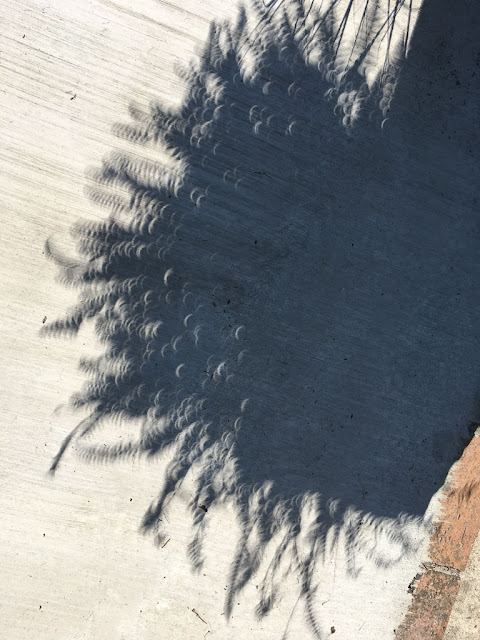 How wild is that? Somehow, in all this eclipse talk, I missed any word that it would change shadows. That blows my mind.

Anyway, as I said, none of that here in England.

Instead, Dave and I had a placid evening, sitting at home watching "The Sopranos." Now that we've finished "Mad Men" we needed a new series, and I've never seen "The Sopranos." So we're taking that on. The downside -- we have to buy it through Amazon, and there are six seasons, so it's a considerable expense! Probably worth it for my overall cultural edification, though.
Posted by Steve Reed at 6:41 AM