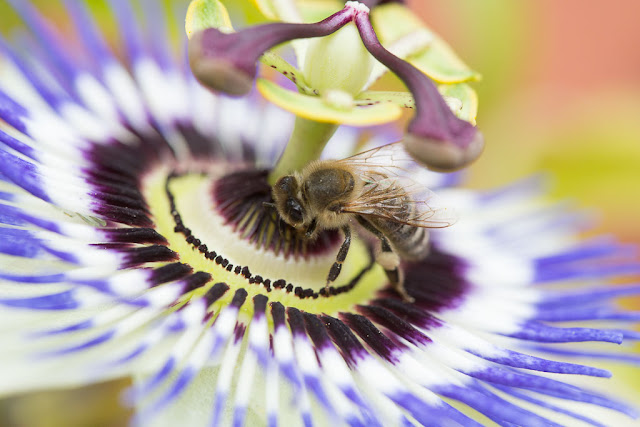 Today, a couple of random shots from the garden, which is changing day-to-day. The lush summery foliage and flowers are giving way to a more autumnal look. We've still got plenty of blooms -- the loosestrife is still hanging on, and one of our hollyhocks just bloomed for the first time, finally pushing out some big, fluffy pink blossoms after looking fairly inactive all summer. About two weeks ago the passionflower (above) still had some flowers beside its bright orange fruit. 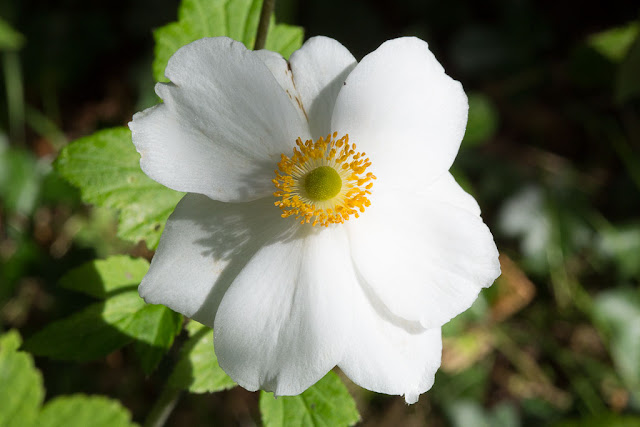 The Japanese anemone is blooming, too. Dave says he associates this flower with the beginning of school, which is pretty much the right timetable. And some of the roses put out a second (or third?) flush of blooms. 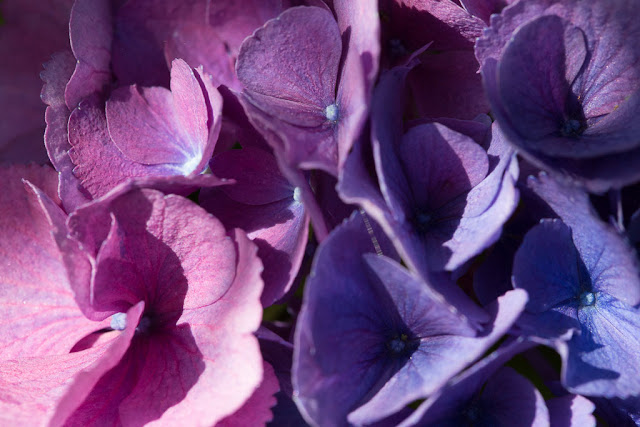 The hydrangeas, though, are just beginning to fade. They looked OK in this shot, but they've since grown more mottled and rusty. The red-hot-pokers are pretty much gone, and the sunny yellow inulas are finished. We occasionally get another flower from the nasturtiums, but they're lanky and tired.

I was super-busy at work this week, getting things set up for the kids. I got everything done except successfully moving the graphic novels -- we're putting them on a new set of shelves, and I had to wait until the maintenance crews anchored the shelves to the wall, which took a while. They finally got it done yesterday and I began re-shelving the books, but I didn't have the tools I needed to move the shelves up and down within the bookcases, so I had to stop. I'll deal with it Tuesday.

Monday is a holiday. Woo hoo! This is the weekend of the Notting Hill Carnival, and as always, Dave and I are happy that we no longer live on the parade route!

I'm thinking about my friends in Texas, who have Hurricane Harvey bearing down on them. Stay safe! And did you see the story about how the push to remove Confederate monuments is now spreading to statues of others, including Columbus in the middle of New York's Columbus Circle and former Philadelphia Mayor Frank Rizzo? This is exactly what worries me -- that slippery slope! Where does it stop? What historical figure can't be found wanting in some way?
Posted by Steve Reed at 7:12 AM