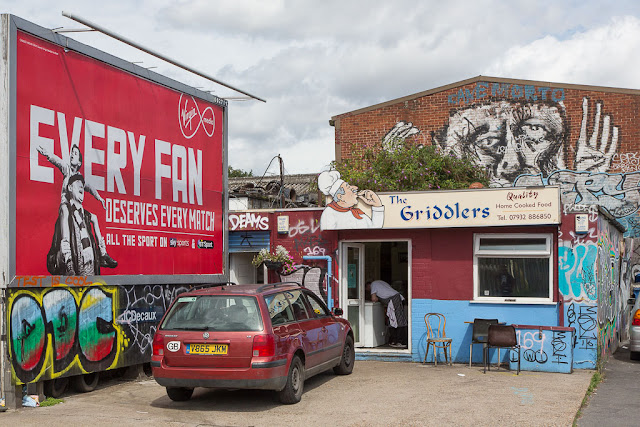 I have done little the last two days but lie on the couch and read. It poured rain yesterday afternoon, which is one of the reasons I've been more or less housebound. I'm also trying to catch up on a bunch of stuff -- magazines, saved news articles, small household tasks -- and make progress on those two books I mentioned Tuesday.

Yesterday's rain began just as Olga was about to go on her walk -- she was not happy and the whole time she was gone we thought about how miserable she must be. But then she bounded in the door in late afternoon, none the worse for wear, requiring only a brief rubdown with a damp cloth and some dry paper towels.

I don't know how those dog-walkers do it. It's got to be miserable parading around with a bunch of dogs in the pouring rain. They earn my unending admiration and gratitude. (Yes, we kept Olga's dog-walkers on through the summer, even though Dave and I are both home. We'd have to pay a small amount to maintain her slot anyway, so we figured, why not just let them keep walking her? It gives us more freedom to go out during the day, and it certainly helped while I was in Florida. Dave still doesn't have the energy for daily dog-walking.)

Incidentally, we learned that Olga's method of lying down -- with her back feet stretched out behind her and her belly flat on the ground -- is called "splooting." I never knew there was a word for it. But there you go.

On Tuesday the neighbor's gardeners were working on her back garden, and I ran out and asked if they could trim the monster bush that hangs over our patio. (Remember how we paid to have it cut back last year?) They agreed and came over with their ladder and did the job in no time. It's only fair, since it's the neighbor's bush. (This isn't Mrs. Kravitz -- this is the neighbor on the other side, who we barely ever see. I wouldn't know her if we collided in the aisle at Tesco.) We tried to give the gardeners an extra £20, but they wouldn't take it. Anyway, I'm so glad to have that done, and the patio once again feels much more open and sunny.

For dinner last night, Dave made pasta. He bought a bag of Italian noodles for bambini, and although the package doesn't say so, aren't they definitely derived from Scooby Doo? That middle noodle is clearly Scooby's profile, and the one on the right is the Mystery Machine. I suppose the one on the left could be a random ghost. What do you think?

We binge-watched the rest of the second season of "Fargo" -- it got so good we couldn't stop! So we're done with that show, now. We're also watching "Designated Survivor" on Netflix, which I have mixed feelings about but it's not bad, and "Ozark," which I like a lot. And we're still working on "Mad Men," which is consistently terrific, but we must be near the end by now -- maybe a season or so to go.

I have to get the heck out of the house today.

The Griddlers looks a good place to eat - independent and non-corporate. I bet they don't even serve Scooby Doo pasta. Now I have never seen even one Scooby Doo cartoon but I think the first pasta piece is a poor representation of a yucca plant. Olga has a dog walker - sounds like you need a man walker - perhaps a big ugly rugby player with a cattle prod.

"Splooting" is a new word for me too. I'll check out Fargo the series since I loved the film.

The Griddlers looks overwhelmed by graffiti and not the good kind.
Bambina pasta? I suppose I was aware that such a thing existed but not in the Scooby form.
I hope you get some sunshine soon. We're on the other end of things right now- I would love some more rain!

We both love the different series. We've done several but the a couple that we enjoyed the most were 'Breaking Bad' and' The Soprano's,' closely followed by 'Boardwalk Empire and 'Dexter'. 'Designated Survivor' got better as it went along I thought.
Enjoy.
Briony
x

Good that you have walkers for Olga , a luxury/ necessity for both Dads and pooch. Having to walk Dexter twice sometimes three times a day no matter what the weather has prevented me from getting another dog, plus being kept from travel because Dexter was such an emotionally attached breed. I am loving the freedom of not having the pooch to take care of, though it leaves a big hole in my heart. Love the photo of Griddlers, wonderful !

That middle one looks exactly like Scooby Doo. How funny that the package didn't say anything about the shapes. I wondered if Ozark was worth watching. Maybe I'll give it a try. I'm in the middle of The 4400. It started out okay but, I'm beginning to get weary of it now.

Whoever made up "splooting" did an excellent job :)

My George sploots all the time! :)

We watched Ozark last week and really enjoyed it! I wasn't sure how I would like Jason Bateman in a non-comedic role, but he was wonderful! Also, the girl that plays Ruth is really, really good.

We watched Mad Men ages ago, and loved the first few seasons...the last two, not so much. A great show, though. And oh, how I love to look at Jon Hamm....yum!!!!

Turn that ghost upside down & it is DEFINITELY a ghost. Too funny!

I love the word sploot. My favorite splooting breed is the corgi - so cute & funny. Although Olga is, of course, fabulous as well.

Love the word "splooting"-- sure hope I remember it! We're always looking for good shows to watch on Netflix. Will definitely check out the shows you mention here. We've been re-watching The West Wing, just to remember what a sane fictional president looks like.