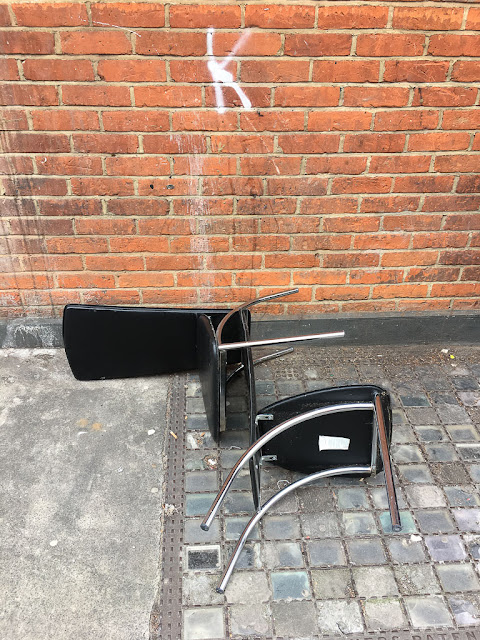 Here are some more photos from my iPhone, taken over the past few weeks. First a couple of discarded chairs in West Hampstead. K's chairs, apparently. 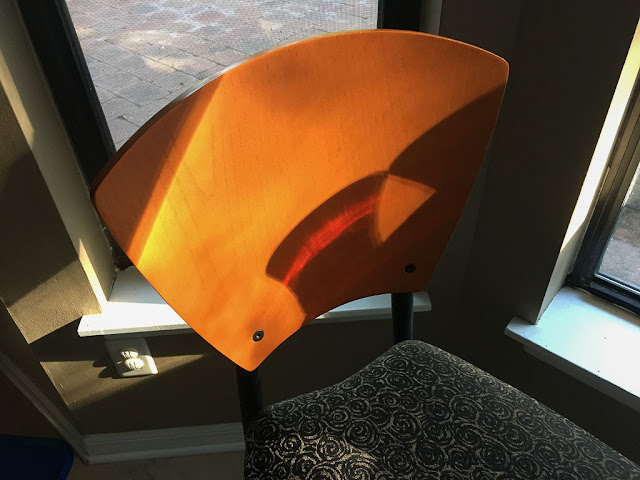 Here's another chair at my brother's house in Jacksonville. I liked the evening shadows on this one, particularly the red shadow. It's from light coming through this glass vase, which was once my grandmother's and now belongs to my brother.

When I took this photo my brother was not impressed. "Desperate," he said. 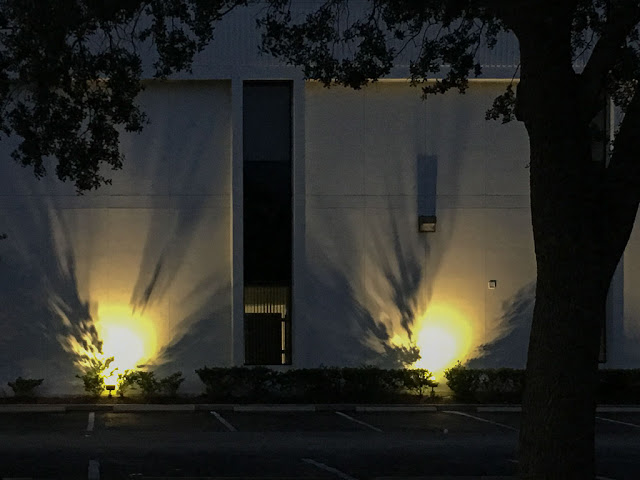 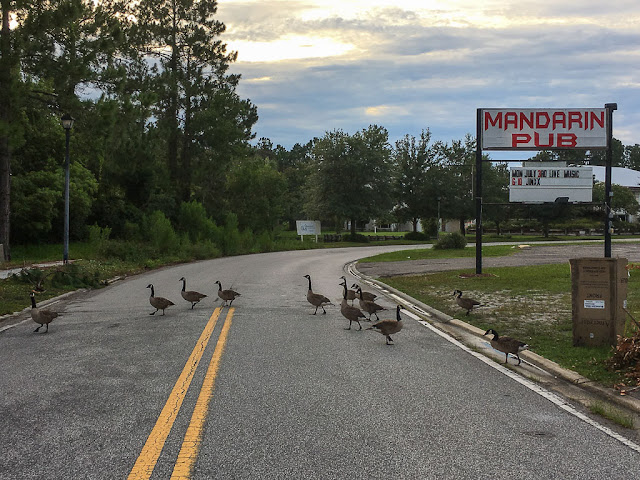 While we were in Jacksonville we encountered this several times -- a flock of geese, moving very slowly, meandering around in the road. They'd stop traffic, even on the busiest thoroughfares. My brother said the geese population has really become a problem. Which makes me wonder: Why don't people eat Canadian geese? They must taste really terrible. 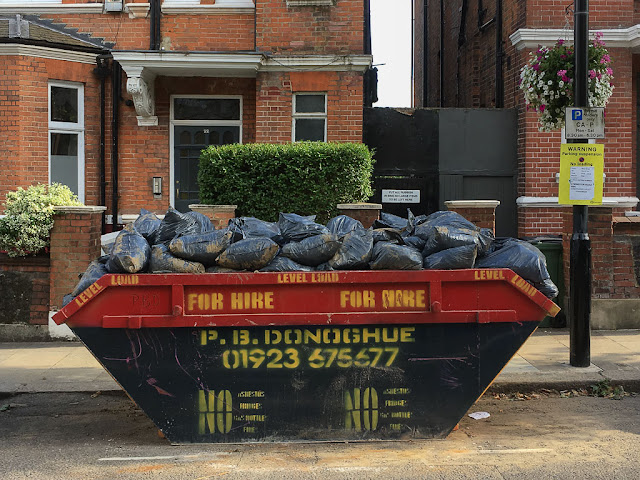 Back in West Hampstead now -- a big bin of construction debris on the street. 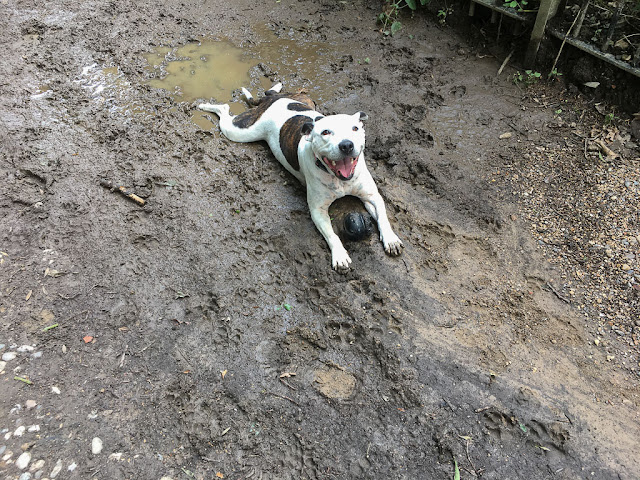 Here's Olga, enjoying yet another sprawl in the mud on Hampstead Heath. I have a million pictures of Olga in mud and I can never resist taking another one. 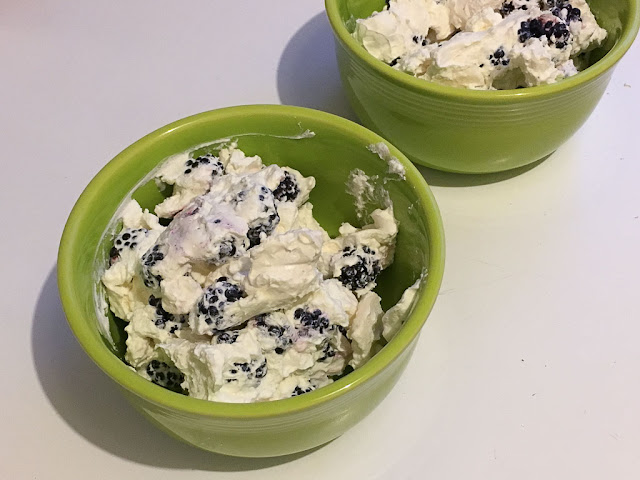 I picked a bunch of blackberries in our back garden and Dave turned them into Eton Mess, a dessert featuring berries, crumbled sweet meringues and whipped cream. I love Eton Mess and this was delicious, but I had to eat mine over two nights because there was too much for one sitting.

Eton Mess, by the way, is supposedly named because a student at the posh private school Eton once dropped a tray of meringue desserts, smashing them and mixing them up. Someone discovered they still taste pretty good that way! (That's the explanation for the name that I've heard, anyway. It could be legend.) 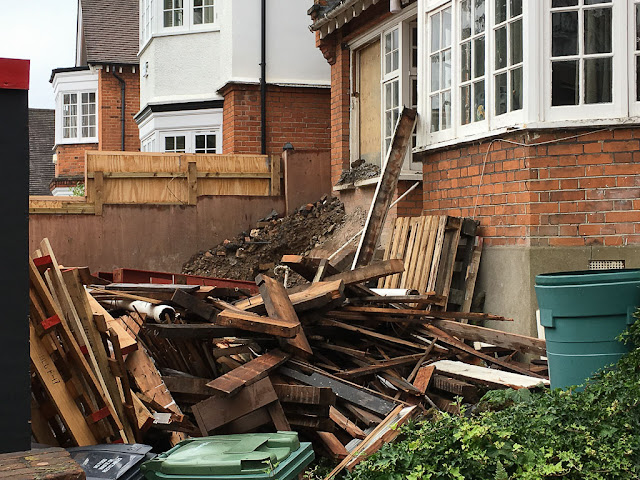 Finally, I don't know what the heck they're doing to this house down the street, but they've ripped out its innards and the other day a crane actually had its boom extended inside the front door, apparently installing or delivering something heavy. Some serious renovations!

This house had been the home of the orange azalea. For a while it remained in the front garden, even when the other bushes were cut down and construction had begun, and I thought the owners were going to save it. But when I came back from Florida, all this rubbish was piled where the bush had been. I don't know if they dug it out or just gave up and cut it down.
Posted by Steve Reed at 7:15 AM