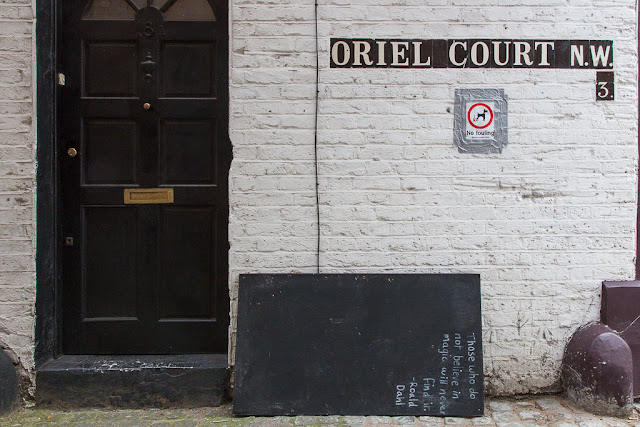 Last night I fell into one of those black holes on YouTube where one video leads to another and before you know it you've wasted two hours of valuable time when you should have been asleep, like most responsible working adults.

I had fun, though. Holy cow.

I started with this song from the Eurythmics, which Dave and I came across last night in an episode of "The Sopranos." I loved it when I heard it on the show, without knowing who it was, and did some quick research to track it down. I might have known the incomparable Annie Lennox was behind those vocals. Turns out that although it reached No. 11 on the British pop charts, it was mysteriously never released as a single in the United States, which is why I never heard it when it came out back in 1999.

Then I slipped about 15 years farther back for some vintage Eurythmics. And then I changed the pace entirely by watching a lithe Joni Mitchell strolling through a wheat field in the '60s, and teaming up with Mama Cass and Mary Travers for a TV appearance. Those videos were already in my YouTube favorites, but I came across a new one of John Denver and Mama Cass singing "Leaving on a Jet Plane." And that brought tears to my eyes, with both of them long gone, and way too young.

And then I listened to Peter, Paul and Mary sing "Early Morning Rain," which might be the most beautiful thing I've ever heard, followed up by a stunning rendition of "The First Time Ever I Saw Your Face."

And then I got into the '80s and listened to Peter Schilling and INXS and Wham! Let me just say, the video for "Wake Me Up Before You Go-Go" is the gayest thing I have ever seen. How were we not aware at the time that George Michael was gay? I remember loving his earrings, but what is up with those mini-shorts? And those "Choose Life" shirts? (They apparently have nothing to do with an anti-abortion message; they're meant to be "a comment against war, death and destruction.") And then there's this Wham! video, which I'd never seen but also hits pretty high on the gay-o-meter, Speedo and all -- the presence of the girls notwithstanding.

And then there's Bonnie Tyler's "Total Eclipse of the Heart," which is possibly the weirdest music video ever made -- and ripe for a hilarious parody.

Anyway, it was well worth wasting two hours of time, but now I'm going to be tired at work.

(Photo: A narrow side street in Hampstead. The panel on the ground bears a Roald Dahl quote: "Those who do not believe in magic will never find it.")
Posted by Steve Reed at 7:01 AM

I can see how you fell into that musical black hole.All those songs are a trip down memory lane for me.

Pull yourself together man! Display some self-discipline and get yourself to bed by 11pm. You can watch your YouTube videos at the weekend.
P.S. Great choices made on your musical ramble (apart from cheesy George Michael).

That happens to my husband every time he starts watching YouTube.

"The gayest thing I've ever seen" made me laugh so hard!!

Lucky for you it's Friday, and everyone will be too focused on the weekend to notice if you're a little bit droopy today.

Did you notice that the Wham! viddie for Tropicana features the future Mrs. Paul Weller? It's a close call between Paul Weller and George Michael as to who was more gorgeous in the '80s, although Andrew Ridgely is pretty damn beautiful too. Lordy, I miss the '80s and the boys.Thank you for this voyage back to my favorite decade.

Paul Weller is coming to Long Island on Sunday night at the Paramount in Huntington and I will be in the front row singing all the words to Headstart for Happiness, as I usually do at Paul Weller concerts except for when I jump up on the stage (Royal Albert Hall, Dec. 2001).

YouTube is quite possibly the apex of human civilization (except for the library, of course, although in a way, it is a library). Not only can we go back and relive almost anything we remember from our youth which was filmed, we can figure out how to do almost any chore we need to do. Glen uses it as an instructional aid for working on old cars. Vergil uses it for everything, including how to butcher and wrap a deer. I've used it to learn how to make the perfect poached egg and how to operate a Have-A-Heart trap and how to make naan.
And of course, to watch interviews with Keith Richards and old Stones clips. For nineteen seconds of pure crazy that never gets old for me, check this out:
https://www.youtube.com/watch?v=dv1bM0pp_o4

You shouldn't have told me this because. .i' end up looking at the same site too.

Okay, I didn't follow all the links but I followed enough of them to waste an hour. I have never heard the Eurythmics song before but I love it. I'll have to see if I can get that on iTunes. I always loved George Michael but I had never seen either of those videos before. And, you are so right, that Bonnie Tyler video is the strangest thing I've ever seen. None of the scenes seemed to have anything to do with the song or each other.

I don't ever explore youtube. I only go there if I'm looking for something specific. sometimes in the evenings though Marc will turn off the TV and send us on a musical odyssey.

well, it was sort of like a musical meditation, letting it take you where it would.

I've done the same thing, Steve. It's a bit obsessive but fun.

We just listened to that John Denver/Cass Elliott video of "Leaving on a Jet Plane" and it brought tears to our eyes. I love the zeitgesit of that era. They were singing that song just before the 1972 presidential election, the first time I ever cast a vote. What a time that was, what a time.

I try not to go down that rabbit hole for just that reason - I lose all sense of time. I was awake until after 3:00 a.m. last night (I sincerely hope it's pain med related & not a new normal!). I am DEFINITELY dragging today!

Oh and I agree about the George Michael video. I like to think that I had an inkling at the time, but I doubt it.

Those choices took me back in time, I remember all of those songs.
I know what you mean about YouTube, we started off last night with a small clip of Billy Connolly and ended up watching more and more. Good fun though.
Briony
x

I found that parody of "Total Eclipse of the Heart" recently and laughed until I cried - it's hilarious!

I've been sucked down the YouTube a time or two myself . . . the more memorable ones being Beach Boys tunes and Robin Williams clips . . .

Peter Yarrow came to our Winnipeg Folk Festival this year and sang the wonderful This Land is Your Land and did a most amazing performance of Puff the Magic Dragon. He blew us all away....had all the little kids up on the stage. Don't do Utube thankfully as I would never stop.

Wake me up before you go go was one of the first complete sentences my toddler learned while we danced to Top of the Pops (weekly BBC chart TV show).
We all knew he was gay, but maybe because at the time we lived with two gay men in a commune.