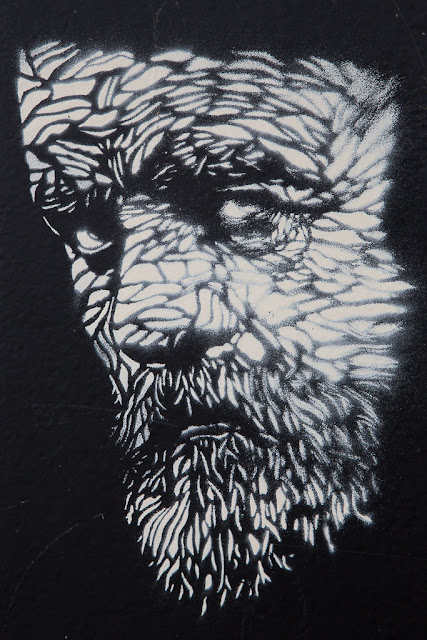 Did you ever try to write fiction?

I've done a little fiction writing, but it was almost all decades ago, when I was a college student. I think I took a course in creative writing, because I have a couple of short stories from 1986 saved in a yellowing file folder that were obviously graded by a professor. But I have no memory of the class, or who the professor was. Sad!

When I was in eighth grade, I wrote a short story about a talking dog. The teacher liked it. I still have it. I will spare you any details because I can't quite bring myself to read it.

In high school, I entered a writing competition with two poems and a short story. As I recall, the story was an overwrought melodrama about a couple fighting in a hotel room in Istanbul. There was a lot of alcohol and screaming and breaking glass. What's funny about this is a) I had never been to Istanbul; b) I had never been in a serious relationship; and c) no one in my family drank much, so I had no experience with messy drunkenness.

So much for the age-old advice to "write what you know." I was just making stuff up. Still, I won the prize. I'm not sure anyone else entered.

Apparently I didn't save that story, because it's not in my yellowed folder. In college, though, I wrote a similar one with the lackluster title "A Night At Their House." It involves, unsurprisingly, a couple going to dinner at another couple's house. The men are business associates trying to work a deal, the women simply hangers-on. (So much for feminism.) The female host is a messy drunk who fails to provide any dinner at all and slings insults with abandon.

They walked up the long sidewalk to the front door and were just about to knock when, with a terrific cry of "Darling!" the door was flung open and a dark-haired middle-aged woman threw herself into Joe's arms, sloshing chablis from the glass she carried.
"Well, hello, Linda," said Joe, looking embarrassedly at his wife.
"Oh my God, did I spill something on you?" said Linda, pulling herself up on somewhat wobbly feet. Without waiting for an answer, she said adoringly, "Marilyn! How wonderful to see you again," and kissed her on the cheek. Marilyn smiled with great difficulty.
"Linda, how are you?"
"Well, I'm just fine!" She looked at Marilyn's clothes with red, disapproving eyes. "That is, until I saw your dress." And with that, she flounced into the darkened house.

It reads like an obvious rip-off of "Who's Afraid of Virginia Woolf?" But the teacher gave it a B-plus. "I appreciate the scope and energy, and flashes of style and wit, and fairly good ear and good social eye," he wrote. "But, there are blurry spots in the chaos, and Linda steals the show. Intentional? Also, the epiphany is unconvincing."

I also wrote one about a foreign correspondent in Africa who escapes a bloody political coup. Amid fires and looting he sees someone decapitated with a pane of glass (is that even possible?) and finally scrambles aboard an outbound airplane with only his typewriter. Again, an obvious rip-off -- this time, of "The Year of Living Dangerously."

There's also another B-plus paper, a character sketch of Mabel, a bar owner who pulls a gun on a pair of rowdy customers: "This is my bar, and that's my drink, and you two'll be leavin' right now."

It's all fairly terrible and derivative.

I made a meager stab at writing some fiction after I got laid off from the New York Times Company in 2009. But I threw it all out. I discovered I am just not creative enough to make up a truly original story out of whole cloth and keep it going to a satisfactory resolution. I'm better at telling stories about things that really happened. That way, my material is provided for me -- and as they say, truth is stranger than fiction.

(Photo: Street art from Rainham, East London.)
Posted by Steve Reed at 6:38 AM

I can write personal essay until the cows come home. Fiction challenges me. I agonize over it. So, why is my focus now fiction? I guess because it is hard.

Don't throw it away. Keep writing it. Who knows. Maybe one day we'll both get good at it.

Fiction writing. Not for me, I did some when I returned to study a couple of years ago. It was terrible. I should stick to what I know when it comes to writing and that is what I see when I look out the window. Even writing about that is struggle enough.

It was a bitter September morning in West Hampstead. School librarian Reeve Steed set off from his bijou apartment on Hydrangea Crescent with his collar pulled up. As usual he was muttering expletives under his breath. He shoved his hands deeper into the pockets of the oversized tweed coat he had bought from an Age Concern charity shop. It was the colour of dying heather.

Normally, he would just keep walking till he reached the iron gates of The Russian School where Vladimir, the security guard, always asked to see his staff pass. However, this morning Reeve came to a sudden halt. There on the pavement (not sidewalk) in front of him was a huge and abandoned antipodean tree fern in a terracotta pot that was perhaps five feet in diameter.

Reeve had to rescue it and felt a powerful urge to somehow get it home. This was a true dilemma. Should he continue walking to work and risk yet another disciplinary action? Or should he save the tree fern - perhaps give it a new home in the garden he had carefully cultivated with his close companion David Tchaikovsky.
(TO BE CONTINUED)

Midlife: Well, that's one way to look at it! A challenge to be surmounted! I think if you really BURN to do it, that's the key. I'm not sure I burn.

Alphie: Being a journalist by training, I write that way too. I record experiences. Making them up is not my thing.

Yorkshire: AWESOME! You are my new fiction-writing hero! (Although it's debatable whether that's truly fiction! LOL!)

I've written several novels. No, they will never see the light of day.

nope, never even attempted it.

I call dibs on Yorkshire's coat "the color of dying heather". I am stealing that the first chance I get.

Non-fiction sells better than fiction, if that helps, and as Dr. Johnson said, "No man but a blockhead ever wrote, except for money."

Are you thinking of writing a novel? Because James Michener and Ken Follett have a way of writing fiction as thinly disguised history that might be a way "in" for you, with your training as a journalist.

I've never been able to write wonderful fiction either...But hey, if you want a well told story or two about couples fighting while drunk in a hotel room, I'm your woman...Let's just say the parents and a few others over the years have provided lots of fodder on that particular theme.

No, I've never tried to write fiction. I started writing poetry when I was in kindergarten and mostly stuck with it. Makes me wonder if creative writing uses different parts of the brain, and for me the fiction part never flourished (like my inability to truly understand chemistry and physics!). When you mention the yellowing file folder it reminded me so much of a summer I spent in 1982 volunteering at the Kerouac Conference and doing an internship with Allen Ginsberg. I would go to his house and file away his papers into what he called his "Faded Yellow Paper Clippings." A good memory.

...Life is filled with peculiar co-incidences and as luck would have it, at that very moment, a big truck screeched around the corner driven by none other than Vivian Swift. She was dressed in oily overalls and across the front of her banana - coloured vehicle these words were printed in pink - "Swift Heavy Plant Hire".

Masticating gum and scratching her groin, Vivian climbed down from her cabin.

Furtively, Reeve looked up feeling slightly flummoxed. "Well yeah. Yeah. Can you help me to get this tree fern home?"

"No problem buddy. And if I'm right, this is a fine example of cyathea medullaris, originally discovered in New Zealand."

Skilfully, Vivian looped wire ropes around the massive plant pot and using the mechanical hoist levers behind her cabin she manoeuvred the abandoned tree fern on to her sturdy truck.

By now several passers-by had gathered to witness the drama of the plant rescue, including Emma Thompson, the odious Boris Johnson, Mrs Kravitz, "e" and various nameless plebs who have lived unremarkable lives in the dank shadows of their obscurity.

I remember getting high marks in first grade when I wrote a story about a rabbit being chased by a fox. When he got away, he said "Whew! What a relief." The teacher seemed to think I was a prodigy but over the years my few attempts at fiction fell flat. Like you, I was trained (self-trained, actually) as a journalist so my career was based on non-fiction writing, or as close as politics gets to that!

What an interesting piece of street art. I have a tried a few times to write fiction but have found that I'm really good at the story outline but the details slow me down. I should try it again. I do recall having one teacher in college who gave us a story subject to write about and when I got the paper back it had an A on it but then she proceeded to rip it apart in front of the class because she didn't like my conclusion. I got the "A" because it was well written and grammatically correct but she simply didn't like the storyline I took. I remember being a bit outraged by that.

YP is hilarious - do continue the story! I've written mostly poetry (and mostly bad poetry, although I did win a prize for one). For a while there I participated in a weekly post where we were given words to incorporate into a story. It was a lot of fun, but I can't say that I was all that fabulous at it :)

Steve, i think YP nailed you.

When I run across past things I've written, especially fiction, I feel an utter disconnect with the person who wrote those things. Who was she?

HaHa YorkshireP for the chuckles.
Steve, I've written some fiction in an ongoing bloggy serial form that was fun and therapy for me but otherwise as another reader said there's no burning desire to write it. Like another reader I write what I see/think/feel and usually thats not fantasy! -Kate

YP is cracking me up with his story!

I can't write fiction to save my soul. Even the few times I've tried, it ended up being real-life experiences with just the names changed - lol