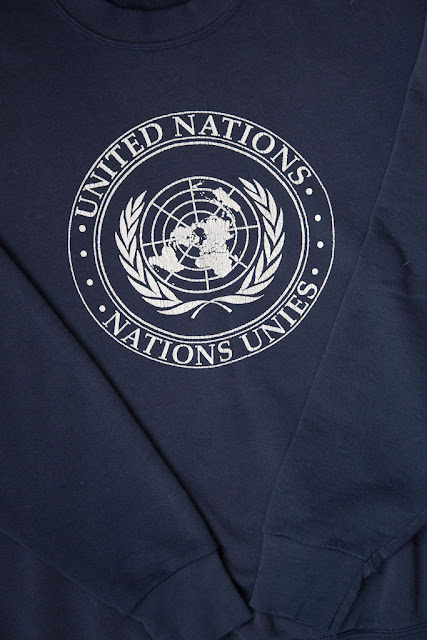 I wrote recently about my Doris shorts, and how I clumsily repaired them rather than face the fact that they need to be thrown away. Well, they're not the only article of clothing in my wardrobe that is approaching the end of its days.

Here are a few more examples of things I can't bring myself to throw out -- and in fact still wear with great regularity -- even though they're looking pretty ragged and/or stretched out and/or terrible.

First, my beloved United Nations sweatshirt. Everyone who knows me has seen me in this shirt. I wear it all the time, despite the fact that it's 22 years old. (If it were a person, it would be graduating from college!) I got it on my first visit to New York City in 1995, with my friend Sue. I'd always been an admirer of the UN and when we toured the headquarters I picked this up in the gift shop.

These days it's quite thin and utterly shapeless. But so comfy! 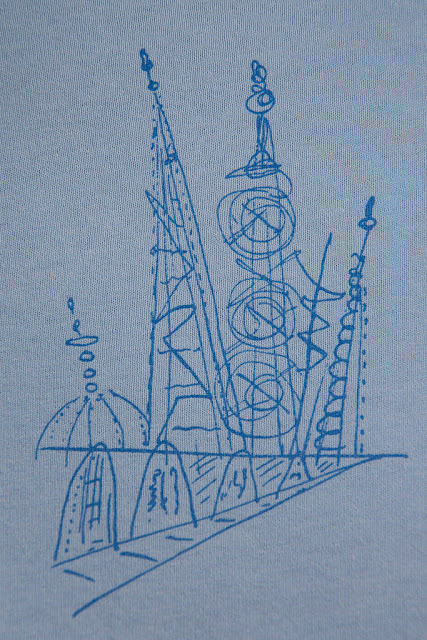 This is the front of a t-shirt I bought when I visited the Watts Towers in Los Angeles in 2006. It's a great shirt but it's developed some holes. Great for sleeping, though! 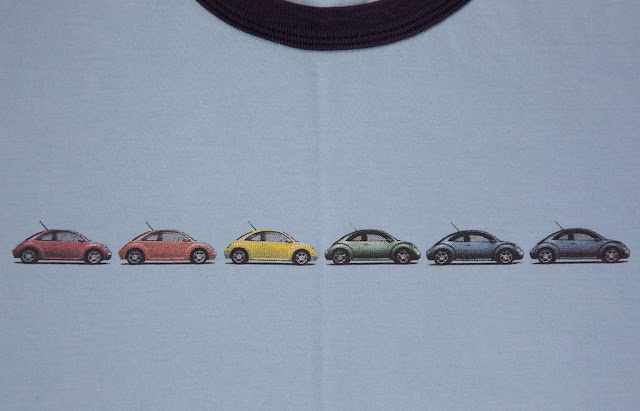 This is another shirt I wear all the time -- a rainbow parade of Volkswagens. I bought it at a charity shop in West Hollywood about ten years ago. I think it was produced for a gay pride parade or event. It has definitely seen better days. 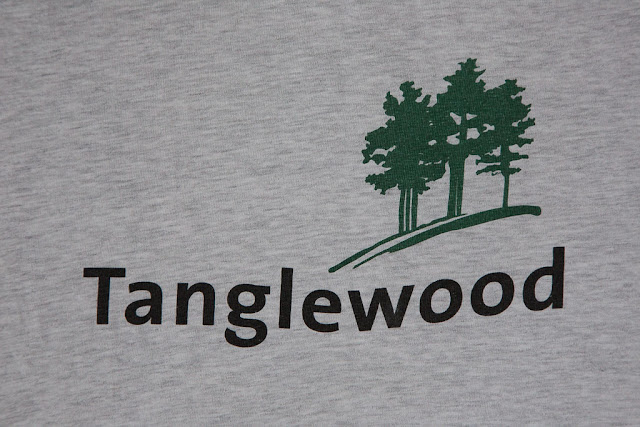 This poor shirt is so old and stretched out that the logo isn't even straight! I went to Tanglewood -- an outdoor music center and the summer home of the Boston Symphony Orchestra -- in 2001, right before 9/11. By this time I lived in New York, and I drove up with some friends to spend the weekend. One evening we spread a blanket on the lawn near the amphitheater and took in an orchestral performance, sipping wine and eating cheese. My memory of that time is forever tinged with the disaster that came just a few weeks later. It seems like a sunny golden period before the horrors of the world rushed in upon us. 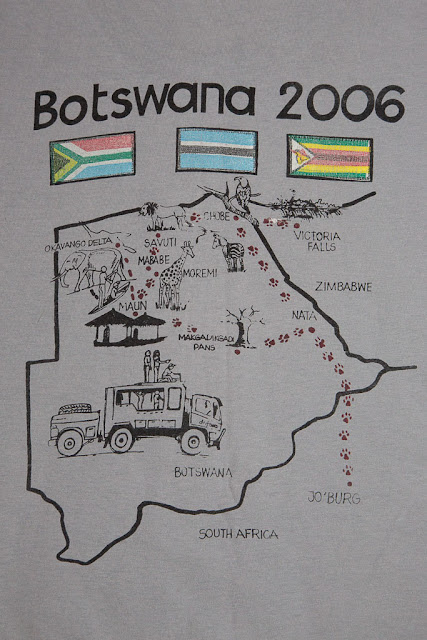 Finally, another stretched-out, faded t-shirt. I went to Botswana in 2006 with my friend Liz and her pal Jessica. We did a camping tour of the country and saw lots of incredible wildlife, and at the end of the tour we arranged for souvenir t-shirts to be made by a local vendor in Victoria Falls, Zimbabwe. I helped coordinate the t-shirt design and order, and it was a nightmare, with everyone's different design ideas and specifications for colors and styles and sizes. And then the vendor did a somewhat haphazard job of filling the order, and some people got shirts that did not make them happy. Mine, fortunately, came out fine.

I don't plan to get rid of any of these items right away. What's wrong with a few holes, after all? But I have to face the fact that, like my Seven Mile Grill shirt (which I also still have, by the way), they're going to self-destruct sooner rather than later!
Posted by Steve Reed at 8:22 AM