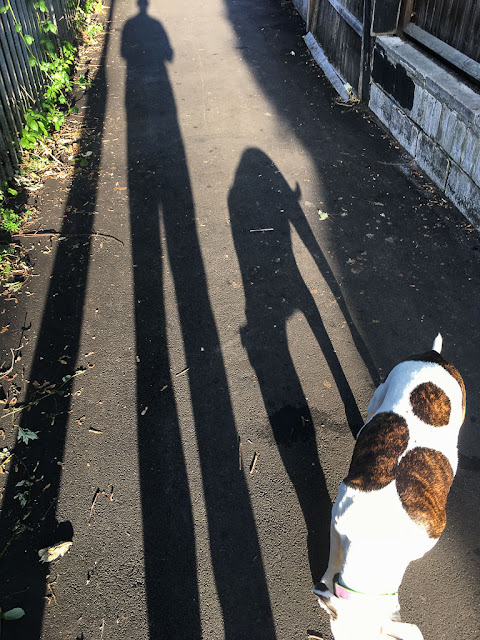 Since I was trapped indoors yesterday, mostly reading, I don't have much to blog about! So here are some more recent photos from the ol' iPhone.

First, the shadows are lengthening on my morning walks with Olga! 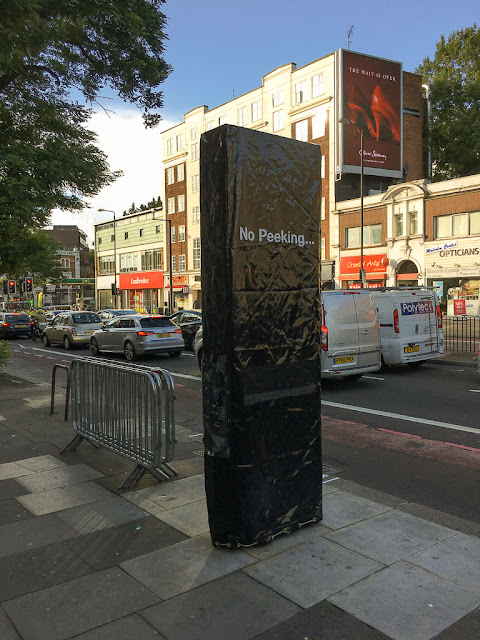 This strange, 2001-like monolith appeared on Finchley Road. I have no idea what it could be. I thought it was some kind of parking meter, but I don't think there's parking along this stretch of road, so that seems unlikely. Stay tuned! 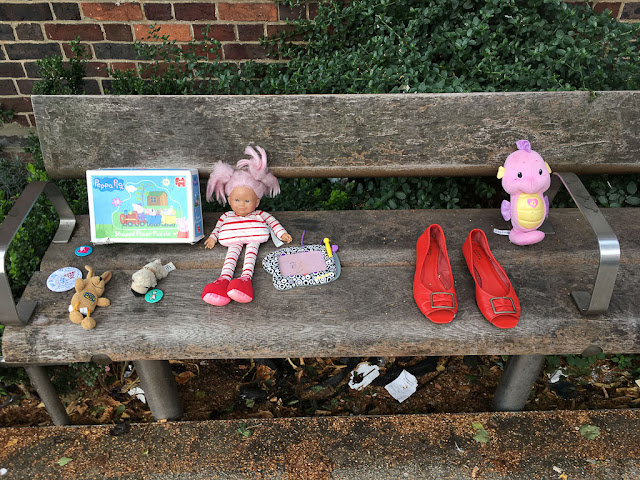 A rather sad collection of free stuff on a bench outside the West Hampstead library... 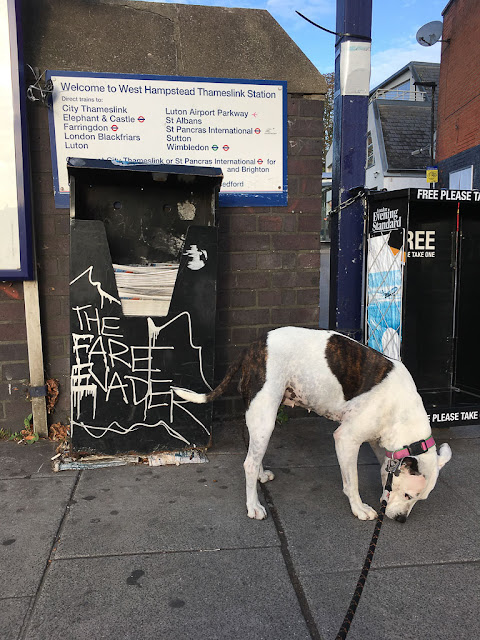 I love that someone wrote graffiti outside the train station as "The Fare Evader." Not particularly skillful graffiti, though. 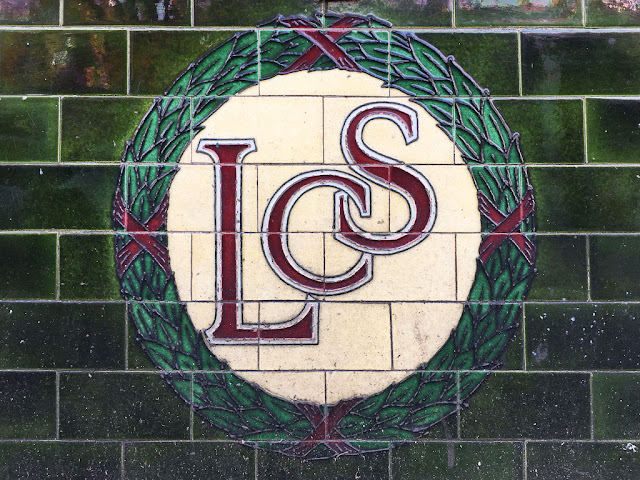 This medallion is on the exterior wall of a local auto supply store, but I have no idea what it refers to. I've tried Googling and come up with nothing. I'm not sure how long this shop has sold auto supplies -- it may have been something else in an earlier life. Any ideas? (*See addendum below) 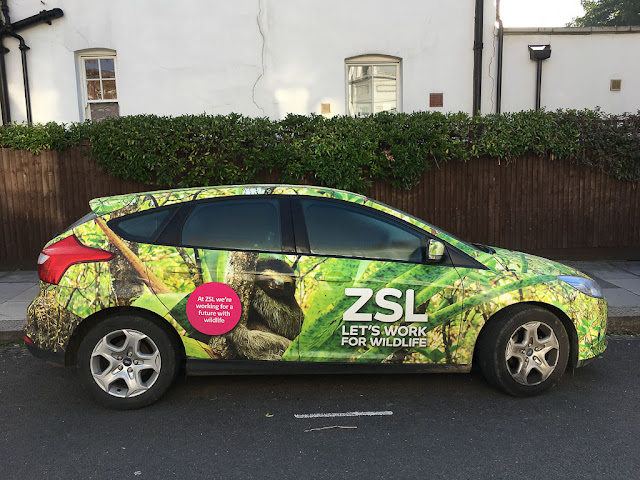 I do know what this stands for -- the Zoological Society of London. Also known (at least by me) as the Sloth Car! When I was taking the photo a woman walked up and unlocked the doors. "I bet this car gets a lot of attention," I told her, and she agreed! 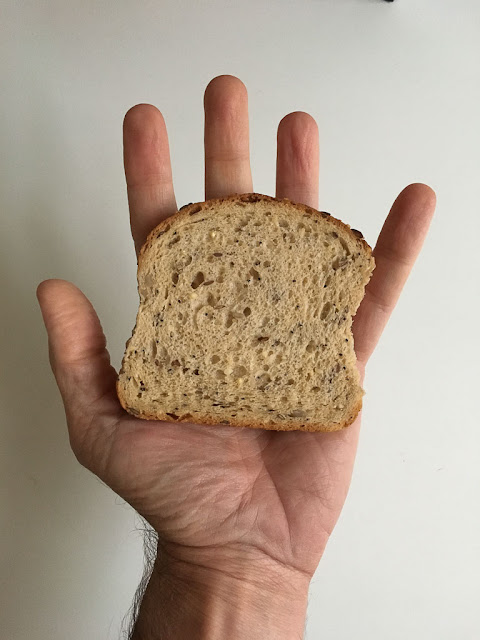 Finally, Dave bought a loaf of Warburton's bread recently that was the tiniest bread loaf I've ever seen. The slices were scarcely bigger than the palm of my hand. (I have biggish hands, but not gigantic.) I used it to make tiny sandwiches, which is pretty much all you can do with tiny bread.

*Addendum: The intrepid Jenny O solved this mystery! The LCS wreath is the mark of the London Cooperative Society, an organization that linked independent grocers, department stores and other retailers across the city between 1920 and 1981. Thanks, Jenny!
Posted by Steve Reed at 6:53 AM