Dickens, and Some Unsavory Subjects 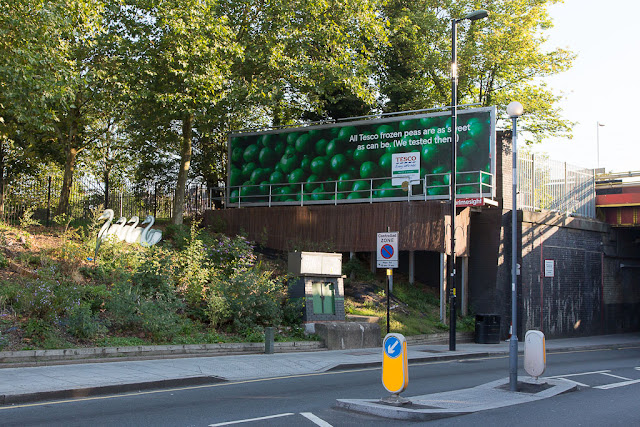 I've decided I'm going to read "Oliver Twist." Somehow I've never read it -- in fact I'd never read any Dickens until I tackled "A Tale of Two Cities" about eight years ago. I enjoyed that, and so far I'm enjoying Oliver too. Despite his typically verbose Victorian style, Dickens is a good writer. I've even toyed with the idea of trying to read all of Dickens, but that might be going overboard. The man wrote voluminously.

I've already mentioned my goal to get to "Barnaby Rudge," in order to read some less-famous Dickens and see how it compares. But I suppose before I do that I should broaden my experience with more famous Dickens, like "The Pickwick Papers" and "David Copperfield."

There's a lot of reading to be done.

In other news, just FYI, I have blocked exactly 999 pornographic Facebook accounts from my mom's feed of "suggested friends." I know this because last night -- while blocking more -- I counted them. (You may recall that several months ago my 81-year-old mom inadvisably friended a few unsavory people by accident, and even though we quickly de-friended them, it has forever changed her "suggested friend" algorithm. I've been trying to delete-and-block to shift it back to suggesting normal people. Sometimes it seems like it's working, and sometimes not.) I have removed but not blocked dozens and dozens of other "suggested friends," mostly from the Philippines, North Africa, Viet Nam, Pakistan, India, Bangladesh and Indonesia, where my mom has never traveled and knows no one. Dave and my brother both think we should just delete her account and start over, but my mom doesn't want to do that.

It's probably silly that I'm so focused on trying to manage this ridiculously minor problem, but I suppose it feels like one of the few ways I can help take care of her from this great distance.

Finally, Dave and I are having more household maintenance drama. Our wastewater drain, which connects underground to the sewer at the street, appears to be blocked. Water is bubbling up into the area where we store our trash cans and flowing onto the sidewalk. It's not a pleasant situation. I reported it on the 17th and the maintenance company said they'd get moving on it, but since then nothing has happened and yesterday Mrs. Kravitz sent me some justifiably angry texts. So today I'm going to get on the phone and switch into high-pressure mode to get the situation resolved. Maybe I'll threaten to call the health authorities, because while it is very Dickensian to have raw wastewater flowing in the street, I'm pretty sure it breaks the law.

(Photo: Swans and peas in Cricklewood, early this month.)
Posted by Steve Reed at 6:54 AM

What the hell have you and Dave been putting down the toilet to block your drain? Baby wipes? Are the maintenance people called Sloth and Snail Ltd by any chance?

My question is (as if it's any of my business :) ) what is your mother's rationale for not deleting her Facebook account and starting over?
And while you're about it, forward the justifiably angry Kravitz texts to the maintenance company.
Alphie

I can well imagine how grateful your Mom is to have you helping her out in this regard.

David Copperfield.
For sure.
"Sloth and Snail Ltd."
Haha!
Good luck with your dealings with them today.

I've never read any dickens either and probably won't. unless your mother is in the habit of adding friends from the suggested friends list why the bother? why not just ignore it? that's what I do. I never add anyone FB suggests. and you'd think that the maintenance company would have responded right away to sewage but why did Mrs. Kravitz send you angry texts instead of the maintenance company or owner. and a better question is why did you give her your email!

I'm about half way through Ivanhoe. so maybe after this I'll try a Dickens.

Great Expectations was always one of my favorite books! Good old Dickens, I haven't read anything by him in many, many years.
Those places where the unsavory people come from sound a bit like the unsavory spammers who are constantly leaving comments on by blog and others. I've never clicked on one of their links but judging from the profile photos, I can guess what I'd see if I did.
Sorry to hear about the household troubles. I hope you can get them to hop to it today.

The only thing I've read of Dickens' work is A Christmas Carol. It was mercifully short, for someone who doesn't like a lot of description, which a lot of the classics seem to have. I am in awe that you are tackling these books.

I hope your wastewater overflow situation gets fixed pronto.

Sarah and Andy and I went to Dicken's house after Christmas, have you been there yet. It is full of information and best when you are the only people in there,I did not realize he was so posh, having written convincingly of the poor.

I'm reading "The Gourmands' Way" by Justin Spring, a look back at six Americans enjoying and fashioning French cooking. Spring is a tad snarky but it's kept me interested so far. When I finish that I've got to get back to Nicholas Basbane's "A Gentle Madness", a voluminous history of bibliophiles and book collectors (and thieves). I'm about halfway through it. As my t-shirt states "So many books, so little time".

Ooog to the wastewater bubbling up outside.
And I'm impressed at your long-distance tidying of your mother's account.

I hope you can get rid of all the creepy friend requests your mom is receiving and get her account back to normal. Also, it would be so nice if the management company would work on the plumbing issue ASAP. Yikes.

I wish your mother would let you shut down her FB page and start a new one. I think that'll be the only thing that nips that problem in the bud. Good luck with the sewage stuff -- it sounds gross! And I have read a lot of Dickens -- some I love and others, meh.

YP: That gives a bad name to sloths and snails! I swear we have not been flushing baby wipes, though apparently there were baby wipes and plastic bags in the drain. I have a feeling I need to have a conversation with the upstairs neighbors.

Alphie: Re. my mom, I don't know. I thinks he just wants to maintain control of something, however small. (Although I would argue she's LOST control at this point.) I did give Mrs. Kravitz our property maintenance contact's e-mail address.

Colette: One would hope!

Ms Moon: Yes, I've always been curious about "David Copperfield." So that is definitely on the list.

Ellen: I wouldn't say she's in the habit of adding them, but she does occasionally click the wrong thing (as we have seen) and more to the point, I don't think she needs to be confronted with human anatomy every time she looks at Facebook. (A box of suggested friends sits right at the top of her news feed. I've tried to remove it, but it just comes back.)

Red: I've never read "Ivanhoe" either! Maybe I should try that next?!

Sharon: Yeah, some of those countries appear to be spam factories, for whatever reason. I think a lot of these people on Facebook aren't even real -- I think they're just bot accounts.

Jenny-O: I'm not sure I've ever read "A Christmas Carol." If I did, it was a long time ago.

Linda Sue: Is this the house in the village south of London? (He had a lot of houses.) I've heard about that one, but no, we haven't been there.

Catalyst: Those sound interesting! The French food one, particularly, might make a good present for Dave. I'm going to check them out!

Marty: Well, as I said, it's a way to do something to help her out, as minor and ridiculous as it is.

E: Facebook has been completely unresponsive and useless. I have posted on their wall and sent them private messages and received no response. From what I see online a lot of people have this problem -- Briony, here on the blog, has mentioned that her husband gets pictures of busty women, and my brother gets stuff like that too. It's a serious issue for Facebook, I think. As for the landlord, we can't contact her directly -- we HAVE to go through the property managers. I don't even have the landlord's contact information.

Elizabeth: Yeah, I think we may have to shut it down. I'm interested in trying some "meh" Dickens, just to see what it's like. Which may be a mistake!