A Quaint Bookshop, and Sally Field 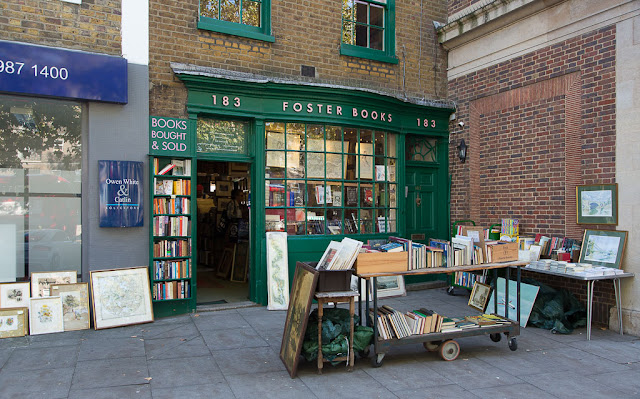 When I was in Chiswick on Saturday I popped into this independent bookstore on the high street. I love this place. I stopped in there years ago and bought a copy of A. E. Housman's "A Shropshire Lad," and I've often wondered since whether it was still in business. So I was glad to see that it is, and just as stuffed with old books and artwork as I remember.

This time, I browsed that little shelf to the left of the door -- the bargain books, basically -- and came away with one by Nancy Mitford and one by Radclyffe Hall. Hall's 1928 book "The Well of Loneliness," which I read years ago, is one of the bedrock books of LGBT literature. The one I just bought, "Adam's Breed," doesn't seem to have a gay theme but it looks interesting nonetheless.

I also picked up a book from the 1920s or 1930s called "London Shown to the Children." Every page features a photo of a London landmark with a short narrative description -- everything from Nelson's column and Parliament to the dinosaur skeletons in the Natural History Museum. I suppose if you lived elsewhere in Britain and you wanted your kids to have some familiarity with the capital, but you couldn't afford to take them there yourself, you'd give them this book.

Speaking of books, I'm enjoying Sally Field's autobiography, "In Pieces." It's interesting because it focuses almost entirely on her early years and her family -- I'm around 300 pages in and she's only up to "Sybil." I didn't know much about her early TV career, having never watched "Gidget" (it only ran for one season!) or "The Flying Nun," but I sought out episodes of both those shows on YouTube and got a quick cultural education. 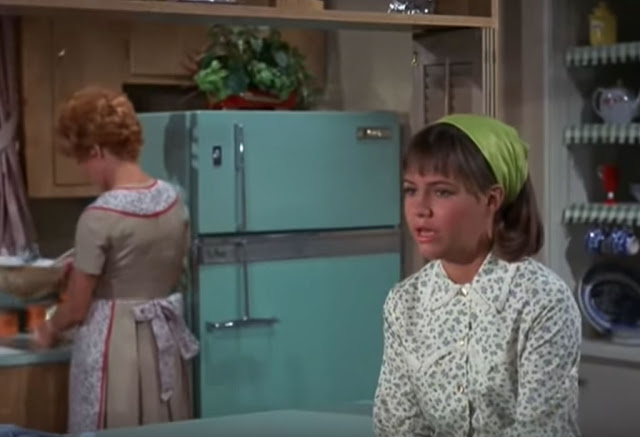 Here's a screen grab from the "Gidget" episode I watched. Look at the size of that refrigerator!

As for "The Flying Nun," I really can't say much positive about that. And neither does Field, who never wanted to do the show and was basically talked into it by her stepfather and the producers. (I watched this episode, which is interesting only if you're into "Star Trek" -- it features a guest appearance by Celia Lovsky, the actress who played Vulcan leader T'Pau in an episode of the original series.)

I do remember "Sybil," which was a phenomenon when I was a kid. I remember talking about it with the girls down the street when it aired in 1976 -- trying to name and describe all of Sybil's 16 personalities. We were fascinated by the idea that one human being could embody so many distinct, unintegrated identities. I believe Sybil's story has been mostly discredited since then, at least in psychiatric circles, but it made for good TV. Ah, the '70s!

Anyway, Field has some harrowing stories to tell about her dysfunctional family, her mother's alcoholism and the roaming hands of her stepfather, but she seems to have maintained a remarkably level head through it all. I've long admired her as an actress so it's interesting to read about her roots.
Posted by Steve Reed at 7:01 AM