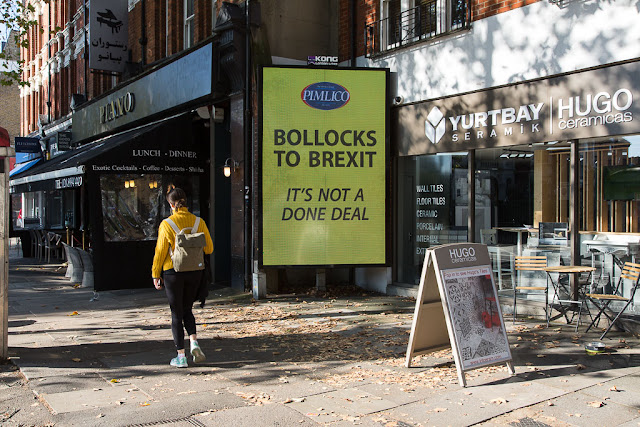 It's been a while since I've filled you in on our final enduring bone of contention with our landlord. You may remember that ever since we moved into this flat, more than four years ago, we've been living with very light-colored, somewhat stained and bedraggled wall-to-wall carpeting in the dining room. We hate this carpet. It has bald spots, mysterious blotches and dark stains around the edges of the room. I'd rather not show you pictures but trust me, it's bad.

Well, OK, here's one picture I've shown you before: 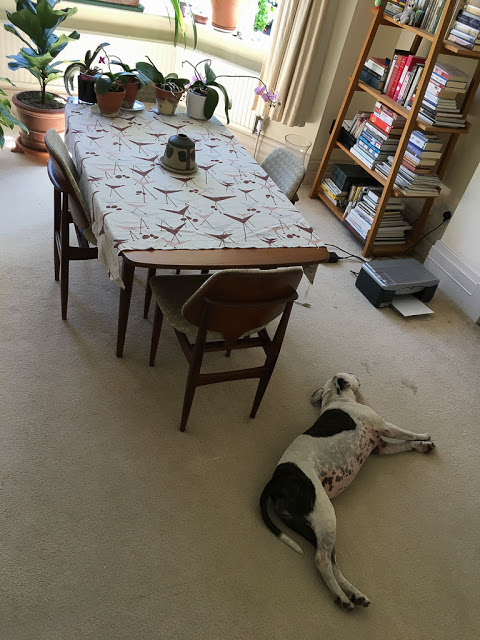 You can see some of the spots, but not the full horrid effect.

Anyway, a few months back we renewed our efforts to get the carpeting replaced. We sent photos -- as we'd done before -- and this time, lo and behold, the landlord seems to be listening.

Last week I got a computer-generated e-mail from the management company saying an appointment had been arranged for someone to come and take care of a reported "vermin" problem. At first I was really annoyed because I thought they were talking about our mice issue, and while we might in fact need someone to check that out if it persists, the fact is we hadn't reported it -- which would have meant that one of our neighbors did. My mind immediately flew to Mrs. Kravitz, who has complained about mouse issues of her own. "She's blaming her mice on us!" I fumed.

And then I called the management company and it's not mice they're worried about at all. It's carpet moths.

Apparently they think the bald spots in our rug were caused by moths, and they want to make sure we don't have an ongoing infestation before they install new carpet. So they sent a guy, and he looked around briefly but confided to Dave that he wasn't really sure what he was doing here, and then the manager called me yesterday and asked if I'd seen any moths. I said not recently -- which is true, though a pair of Dave's pants were damaged by moths shortly after we moved in. We discarded them, bought some moth-proofing sachets for the closets and that was that.

So, anyway, the upshot seems to be that a new carpet may, in fact, be on the way. If the landlord is concerned about moths, I'm not sure why she doesn't just avoid carpet with natural fibers. Moths only eat wool, don't they? They're not going to eat acrylic. I have no objection to artificial fibers in a rug.

(Top photo: A sign in Chiswick on Saturday. Bollocks indeed!)
Posted by Steve Reed at 6:43 AM