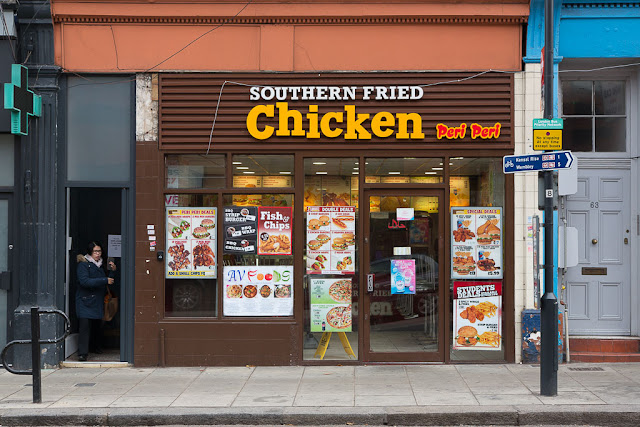 I woke up at 4 a.m. to read the American election results. Nationwide, they're not a total disaster. It's great that the Democrats won control of the House, as expected, and there were a few bright spots -- like the defeat of the far-right gubernatorial candidate in Kansas, of all places. Even in Florida, where I voted, it's terrific that a long-standing discriminatory law banning ex-felons from voting has been eliminated. That will have a significant effect in upcoming years and is another step toward true justice.

Of course I was sick to see the Democrats lose the governor's race and a Senate seat in Florida -- but frankly, I kind of expected it. I was just telling a co-worker yesterday that I thought those losses were likely. It's still Florida, y'all -- the "Gunshine State." I'm so used to voting on the losing end of statewide elections that I don't bat an eye anymore.

To the extent that it's all a referendum on Trump, the fact of the matter is, while he turns my stomach and those of a lot of urban, educated voters, many, many people do not care what he says or how he says it. If anything, they like his plain-spokenness and his bluster. They find him entertaining and they don't feel preached to or looked down upon. There are many ironies there, but that's how it is. The economy is up and he's pledged resistance to immigration, and many people respond to those issues. I just have to swallow the fact that I think differently.

So, onward. I hope having a Democratic House at least imposes some checks and balances.

I went back to the dentist yesterday evening to get my crown adjusted again. The good news is, it seems to have really helped. My tooth feels much better than it did. We'll see what happens over the long haul, but I am hopeful.

Oh, and Dave -- who stayed home from work yesterday morning for a doctor's appointment -- texted me to say the scaffold was going up around our house, enabling the roof work to proceed. He sent me this picture: 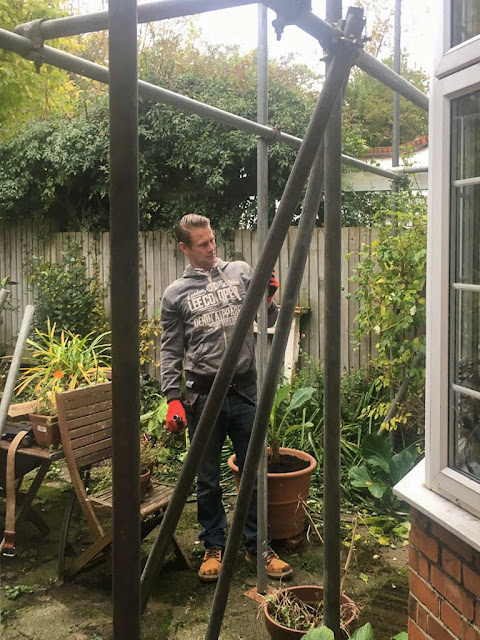 I was like, "Ummmm....is that really a picture of the scaffolding?"

Dave swears he was not photographing Hunky Scaffold Man, and in fact he said the guy's not all that hunky in real life. Whatever!

In all seriousness, I was glad Dave was home, because I worried about how Olga would respond to workmen clambering over the house and clanking around with those huge metal poles. Dave said she didn't like it, but I hope now that she's been introduced to the disruption she'll be comfortable here on her own.

(Top photo: A chicken place in Queen's Park, on Sunday. I'm always intrigued when I see 'Southern' fried chicken advertised in England. Is it from Southampton?)
Posted by Steve Reed at 6:40 AM