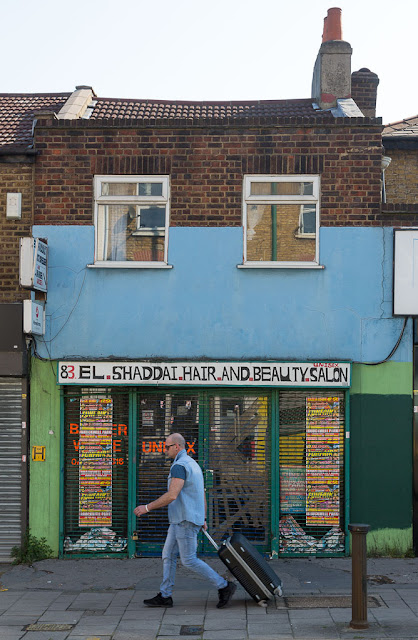 We had some crazy, windy weather yesterday. The gusts on the patio bent over several plants and knocked one of my hollyhock seedlings (and its pot) right off the table. Nationwide winds were recorded at 60-70 mph, although we didn't get much rain -- just spatters. Apparently this was all due to Storm Hannah.

I took the dog to the cemetery in the morning, when it wasn't quite so windy, but otherwise we spent the day pretty much indoors. I finished "The Siege of Innocence," that old book Vivian sent me. I was surprised, actually, by how good it was -- a potboiler, but the author's vocabulary and writing style were quite sophisticated. It dealt with some unconventional subjects -- gay and transsexual characters, alcoholism, drug use, casual sex, kleptomania, you name it -- among an expatriate group in Paris and Venice in the '20s. But disappointingly it ultimately adhered to conventional mid-century norms, with the main character, Bruce (who throughout the book remained dully asexual despite advances from practically everybody) unconvincingly taking tentative steps toward a romance with a woman at the end. I can see why the reviews were meh.

Last night we continued our Mr. Ripley-themed weekend by watching "Purple Noon," a 1960 French movie starring the absurdly handsome Alain Delon. It was the first screen treatment of Patricia Highsmith's Ripley novels, with Delon playing Tom Ripley. Comparing it with the late '90s version was an interesting exercise -- the gay subtext was absent from "Purple Noon" (once again, those tiresome mid-century norms) with Ripley motivated entirely by money. But I loved the '50s European styles -- contemporaneous, this time, rather than retro -- and it was fun to watch!

"Contemporaneous"? Stop flaunting your big words Mr Egghead! Some "Shadows and Light" visitors are ignorant nitwits with limited vocabularies...like me!

French new wave....I never got my head around it

I think I like the title of this one best.
"Gusty and Lusty."
Sounds like two good pals making their way through life together.

I'm surprised that Siege of Innocence turned out to be readable. And of course the hero was going to go all Ozzie and Harriet in the end. For the same reason (mid-century norms), I did not understand what all the yelling was about in Cat on a Hot Tin Roof when I first saw it when I was in my teens. Picking up the sub-text is still, to this day, not my strong point.

That picture really "works." All the layers are different and stand alone. I really like it.

It seems like many parts of the world are getting whacky weather.

I thought we had big winds here yesterday at 25 mph. Yikes! You really had winds there. Nice to spend the day indoors reading and watching old movies.

You had fierce winds and we had heat. We finally hit 100 last Thursday and it's been 98 and 99 the last two days. However, it's supposed to go back down to 80's this coming week.

it's been so windy here and I'm glad it has finally settled down some. and I'm about to the end of the lusty Outlander books.

Curious about other film adaptations of Highsmith's works, I looked around: I had no idea Hitchock's "Strangers on a Train" was from her book of the same name. Fun!

That's quite a storm don't mean to gloat but we are enjoying lovely spring weather here on Vancouver island but it has been a long time coming this year.
Love your colourful photo and the reflections in the window looking across the road, wishing you a good week ahead as well as all the lovely people who follow you and going gently John.

The roof on that building in your photo looks like it's in danger of caving.

I'm not sure what storm we can blame but we had very windy and wet weather yesterday, also.

Gusty and lusty! you're on a roll with those titles :)

Odd, the wind came up and smacked us around a little bit and then left, after the wind chimes had nearly broken the window and the pots on the deck scooted all the way across to the other end.
I wonder if, in that photo, all of the horizontal bright lines are choices of haircuts one might choose from. That would be quite a menu!

YP: Hey, YOU'RE the teacher!

John: I liked some of those movies, like "Breathless," but it's been years since I saw them and Dave might kill me if I try to make him watch them all. :)

Vivian: It was more than readable -- it was actually good! I was impressed. Except, as I said, about the unlikely outcome. I suspect one reason reviewers resented the book was its improbable trajectory -- another reason Eugene should have just written his own memoirs.

Colette: Thanks! I saw this shop from a bus window and disembarked just to photograph it. The light was working against me, but I think it's a passable result.

Robin: Yeah, it was crazy. There was damage in some parts of the UK.

Sharon: Ugh. Too early for heat like that, isn't it?!

Ellen: You need to throw a party when you finish those books! LOL

Fresca: I didn't know that either! I've never read any Highsmith, but I'm thinking I may take on the Ripley books. It would be interesting to see how she deals with those themes in her writing.

Comox: Enjoy your beautiful spring! Ours will come back, I'm sure. :)

Catalyst: That's what you get with 100-plus-year-old houses! A lot of roofs look dubious.

Jenny-O: Just make up a name. Storm Bartholomew. Let's go with that.

Linda Sue: The colorful signs on either side of the door are actually posters advertising some traveling circus or fun fair. The hair salon is permanently closed, it looks like. :(