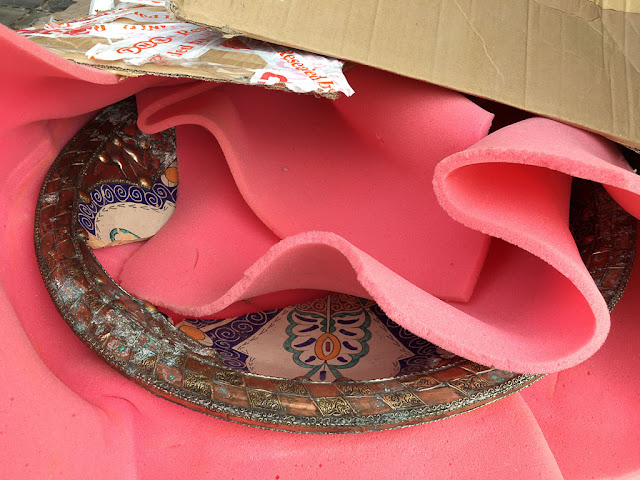 It's time for yet another fascinating (?) procession of random photos from the streets of London.

First, a discarded sink or bowl -- I'm not sure -- of apparently North African design. You can see that it's been broken, maybe in shipping. What a drag! And yet, when I walked by again later, it was gone -- only the box remained. I guess someone found it useful. 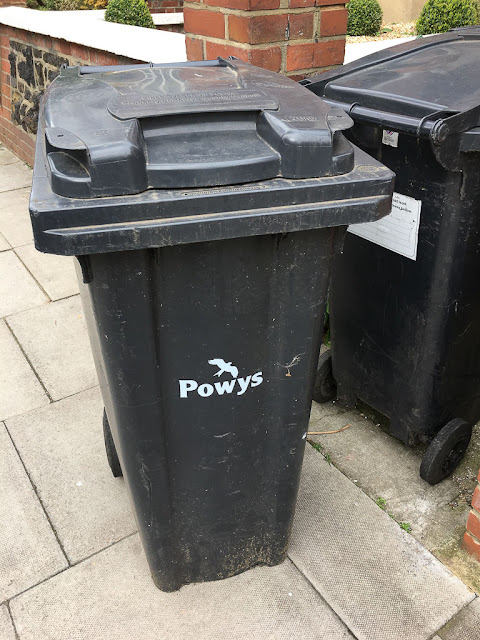 Someone in our neighborhood has a rubbish bin clearly marked as the property of Powys council (which is in Wales). Hey Powys -- if you want your bin back, I can tell you where to find it! 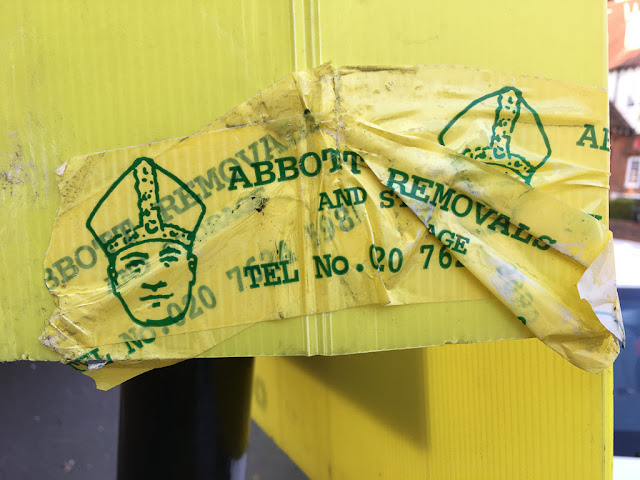 I like this trademark for Abbott Removals. In fact, I have a weird feeling I may have blogged a photo like this before. 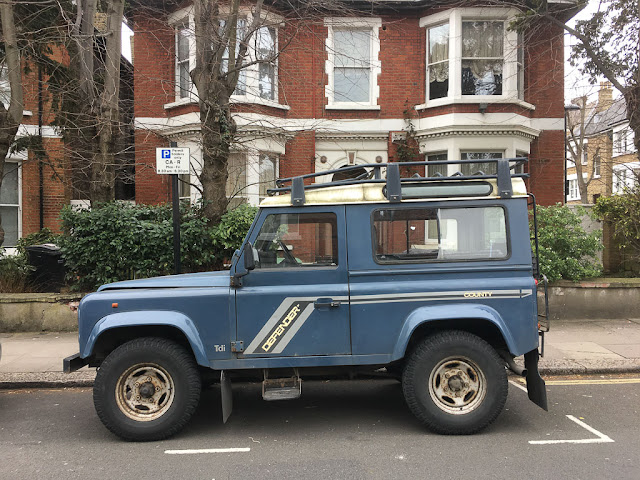 I took this for my brother because he likes vintage Land Rovers. I think this is a Land Rover, even though I could find no such branding on the body. Land Rover definitely made something called a Defender. What is it defending, one wonders? 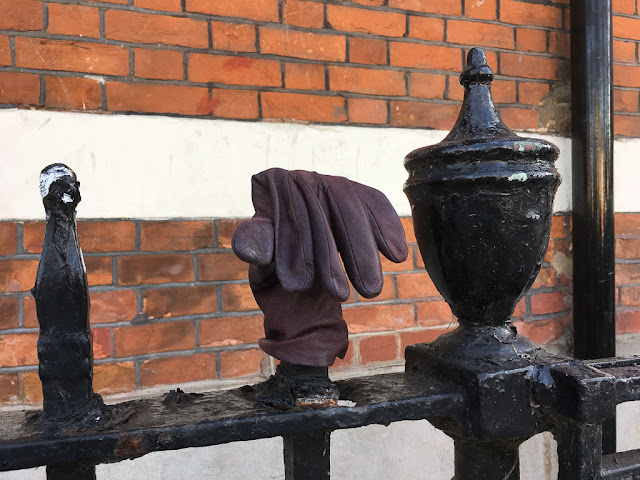 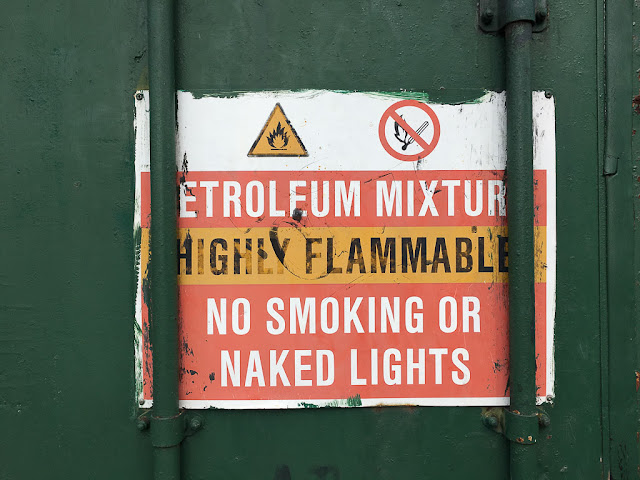 What on earth is a "naked light"? A lamp with no shade? 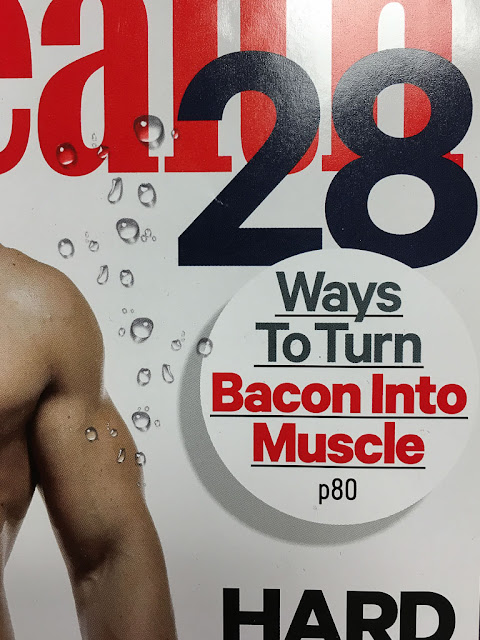 I was amused by this headline on the library copy of Men's Health magazine. 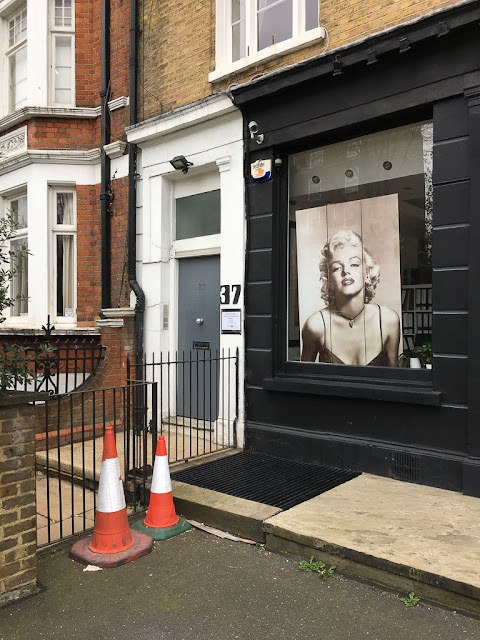 This office in St. John's Wood displays a big picture of Marilyn Monroe in the window. It used to be an image of Marilyn standing on the subway grate from "Some Like it Hot," but now it's this portrait. Wonder what the connection is? 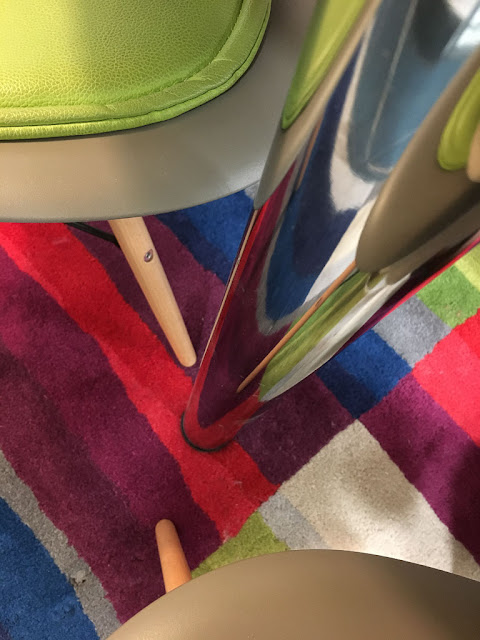 An abstract composition from our office. I was having lunch and turned on my phone, and the camera was pointing down, and I thought, "Hey, that's kind of cool!" So, yeah, no skill involved whatsoever. 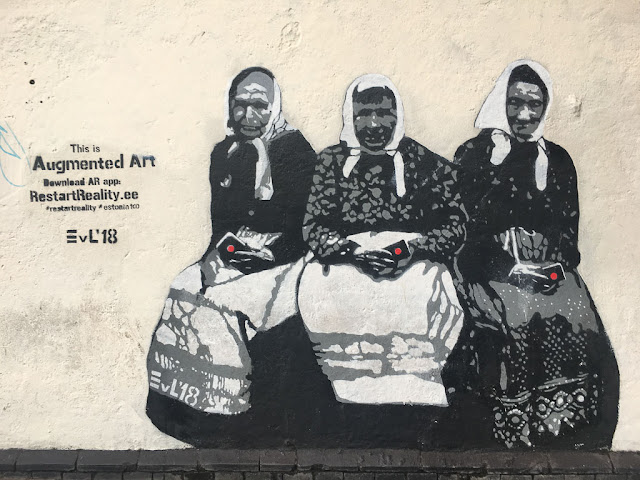 Finally, some street art I found in Vauxhall. Apparently you can download an app, point it at the art and it "comes to life" somehow. I didn't try it, but it's a cool idea. I wonder if it would work with this photo? Anybody want to give it a whirl?
Posted by Steve Reed at 6:54 AM

I love them all, especially that random shot of the carpeted floor.

The Land Rover is defending abbots from possible removal. I wonder where the abbots are removed to? Perhaps to a warehouse facility at Gravesend - before being transported to a correctional facility in Powys in black wheelie bins. Did you look inside? An abbot may have popped out like a jack-in-a-box.

The skill is catching the image..

Ha ha! Good try with the bedside lamp... Next time you go past this sign put a line through light and change it to flame.
The Land Rover is defending Britain against the EU.
Alphie

These are great...are you brave enough to enquire about Marilyn?

Mostly I want that ceramic piece. Chipped or not, I could have made good use of it somewhere.
I love your random iPhotos. I know I've told you this about ten times already but so what?
Please don't stop sharing them.

Naked light sounds odd but we do have a term "naked light of dawn". Now I'll have to google it and find it's origin.

Excellent collection of photos! I love the pattern on that plate. Wouldn't it be nice to have a home where that plate fit in nicely?

my random shots of the floor aren't nearly as interesting and I'm surprised you didn't snatch up that bowl thing. I looked forever to see the damage and couldn't find it unless it's that beige spot where maybe the glaze chipped off.

Another fun collection of photos. I love that logo for the removal company. It makes me think of a bishop or cardinal and plenty of those have been removed lately. I can't imagine what they mean by a naked light. I do wonder what the story is behind the Marilyn posters.

Really enjoyable random shots. Phones and apps escape me, I have a phone, it rings I answer...that is about it. You get some very nice shots with yours.

Love them - and all your photos and comments. Street grate movie is “Seven Year Itch.”

I believe you are correct in defining naked light as one with no shade. A bare bulb heats the air more than one completely enclosed, and would be more of a fire hazard around flammable substances.

I always enjoy your iPhone pictures, even the ones it frames up by itself - lol

I'm wondering if the bin was packed up by overzealous movers and transported to someone's new dwelling! Movers will pack EVERYTHING if you don't give them instructions otherwise :)

I never find your photos boring. I'm just amazed at how much stuff you see! -Kate

I, too, like your photo parades. I especially liked the random shot from your office this week. Oh, and that first one, of the platter or whatever enveloped in that pink foam. Splendid!