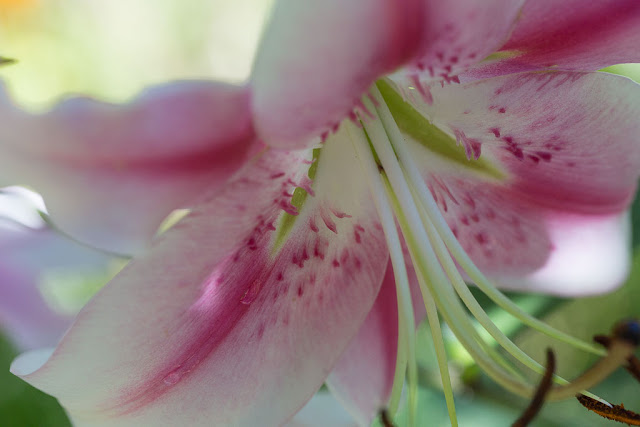 At last -- a photo of our stargazer lilies that I actually like!

We had a scorcher of a day yesterday, with the mercury at 97º F (36º C) at 3:45 p.m. It was not a day for a whole lot of physical activity. Aside from walking the dog twice, and watering the poor wilting garden, I sat around and thought idle thoughts.

For example: Do you know the song "Old Friends" by Simon & Garfunkel, from their "Bookends" album? It's about a couple of old guys sitting on a park bench together, and there's a line that says, "How terribly strange to be seventy." I was listening to the song and it occurred to me that Paul Simon, who was in his 20s when he wrote it, must be in his 70s by now. Sure enough, he's 78! Which seems so bizarre -- just as it's bizarre that I'm almost 54.

I wonder if Simon still finds aging terribly strange. I guess he should feel good he got there, because a lot of people don't.

Anyway, that's a micro-thought from my day. At least I didn't go to the beach, because British beaches were once again swamped by young people who all said they weren't afraid of coronavirus. One woman said she had a strong faith in God and felt certain that she would be protected. Oh, brother.

I had an exhausting Facebook exchange with a childhood friend -- someone I haven't seen in person for probably 40 years. I posted Paul Krugman's column from the New York Times about how the American right has become increasingly selfish in its pursuit of "freedom," an assertion I agree with in every respect. Well, this friend just went on and on with every talking point she could glean from Fox News and although I debated her a bit, I ultimately just said, "We're going to have to agree to disagree." I mean, how do you debate someone when you can't even settle on basic bedrock facts? She thinks violent "social warrior elitists" in America want to destroy the cities and overthrow the Constitution. I think BLM protesters are being goaded by invading federal troops sent by our feckless president, who wants to use the situation politically. We are never going to see eye-to-eye.

I considered de-friending her, but I think it's helpful for each of us to see how the other is thinking. I ultimately believe in maintaining friendships across political lines to understand another perspective. I have three or four pro-Trump Facebook friends, and I mostly just watch their posts to see what theories they're hawking on any given day. Direct confrontation sucks the life out of me, though, and if she's only going to engage with me on political issues and not in other areas of life then I may ultimately give her the boot. 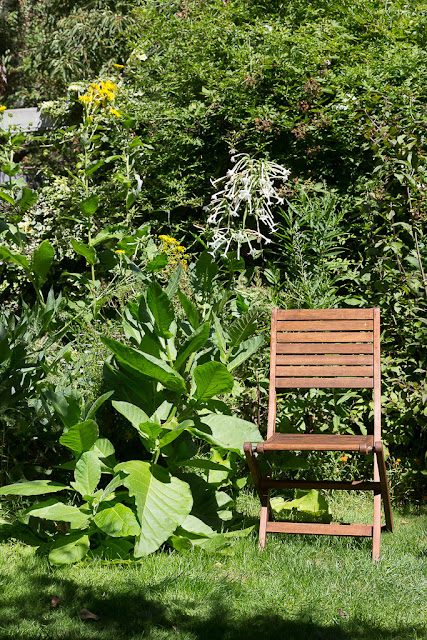 Here's Nicole nicotiana, looking quite robust and blooming profusely. I put a chair next to her just for scale. 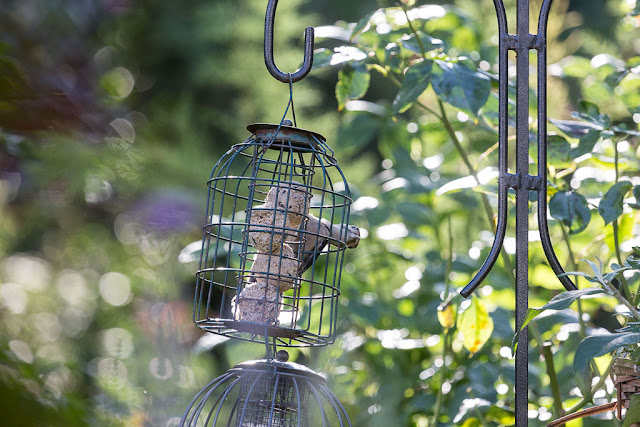 This woodpecker has come to our suet-ball feeder for the last few evenings. It always sits on the side of the feeder away from the house, hiding from us while it eats. It periodically peers around warily (and somewhat comically). 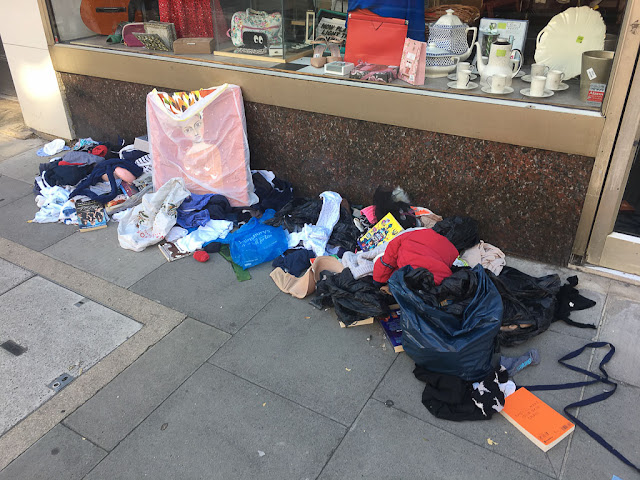 When Olga and I walked past the thrift shops on the high street yesterday morning, this is what we found -- piles of junk left outside while the store is closed. As you know, this is my pet peeve. I don't know why people can't wait until the shop is open before leaving their donations, which when unattended get plundered and rained on and strewn around and peed on by dogs. Fortunately, the shop opened later in the day and the mess was cleaned up. At least we're no longer in a situation (as we were under lockdown) where that stuff lingers for days on end.
Posted by Steve Reed at 7:26 AM