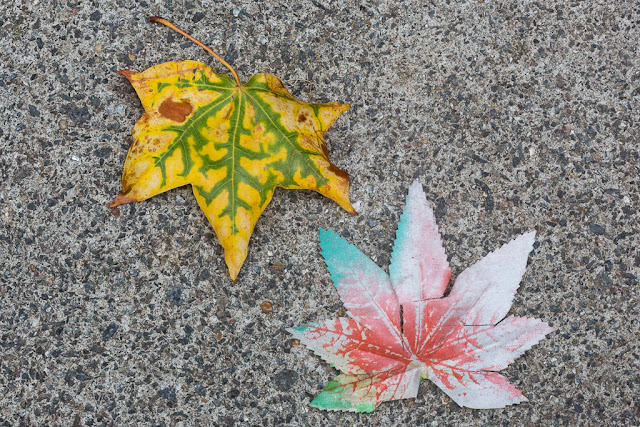 It's only August (well, OK, almost September) and I'm already finding autumn leaves lying around! Of course that bottom one is totally fake, but I thought it made an interesting contrast. I feel like there's something wrong with a world where we have factories churning out fake autumn leaves, when nature will make plenty of them for us -- and better.

Some of you expressed skepticism yesterday about my wearing gloves at work. What's the point when the gloves get dirty anyway and I'm just spreading contamination with my gloves rather than my hands? I understand those questions, believe me. I think the idea is, the gloves protect books from my own germs. I then wash my gloved hands with soap and water between tasks (or sanitize them), to remove whatever contamination they may have picked up from other surfaces. It's not a perfect system, but it's what we've promised people. 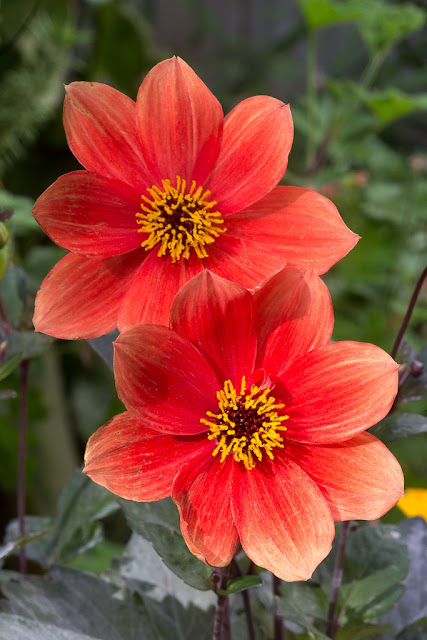 Despite hints of coming autumn -- it's a cloudy 55º F this morning -- we do still have some flowers blooming in the garden. Some of the dahlias are still plugging away. 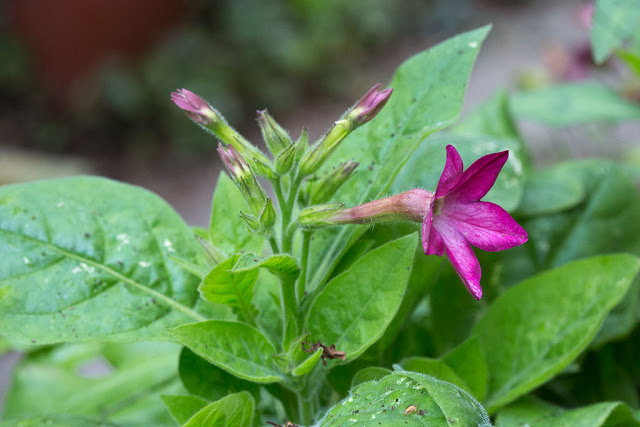 I'm not 100 percent sure what this is. It looks like a purple nicotiana -- maybe a dwarf variety, because it's only about six inches tall. I found two of these discarded on the sidewalk while I was out walking Olga. Someone had recently pulled them up and thrown them over their garden wall. I thought they might be weeds but they looked unusual, so I brought them home and stuck them in some soil, and this is what they've turned into. Hopefully they're not man-eating carnivorous triffids! 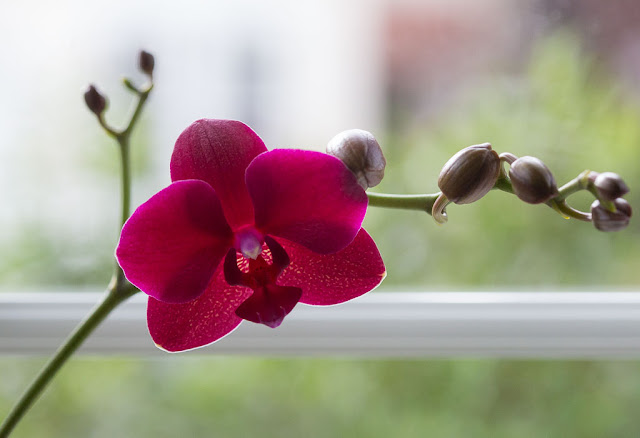 And finally, this is our newest orchid. We've never seen this one bloom before. I also retrieved it from some street trash several months ago. I love its dark purple-red color.
We have a three-day weekend here in England -- Monday is a bank holiday. Dave and I aren't doing anything special, but maybe I can get a good walk in or something. I also really want to finish the book I'm currently reading, "The Likeness," which I'm enjoying but feel like I've been reading forever. It's good to have goals, however modest!
Posted by Steve Reed at 7:06 AM