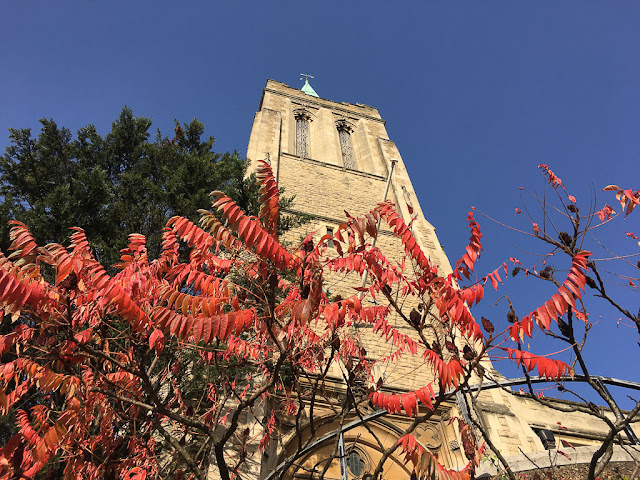 Well, we did it. The orange menace, our national crybaby and would-be autocrat, has been defeated. I missed venturing out into a celebrating city the way I did in 2008, but I enjoyed the virtual festivities with all my friends on Facebook. And afterwards, I slept like a rock.

Actually, we did have fireworks going off around us all evening, shooting into the air and raining showers of sparkles. I can't honestly say for sure that they were for Biden/Harris -- Twitter and some of the news outlets seemed to think so, but it was the first Saturday after Bonfire Night so it seems like they might have been related to that. But hey, I enjoyed them. Why ask why?

Sally and Mike called us with a video call, and we raised glasses to the new president and VP. Most of my friends on Facebook were pretty thrilled. I really did feel like we were all virtually hugging each other. I have a few Trump-supporting friends who were noticeably silent. One put a sullen comment on one of my posts: "Great, a 3-time loser." Which is a very Trumpian thing to say. Another said that he'd been verbally attacked by some Biden people and was taking down his Facebook account -- I had just enough time to tell him that they were wrong and we all need to work against this poisonous divisiveness, which he acknowledged with a heart before going dark. (He'll be back, I suspect.)

I don't have any illusions that Trump will go easily. We're going to have another couple of weeks of craziness and lawsuits. But I don't see any court in the land making a decision big enough to undo this election. There would have to be fraud on such a massive scale, in multiple states, for which Trump has no evidence -- and then what? A new election? People would never trust the voting process again. It would destabilize democracy. 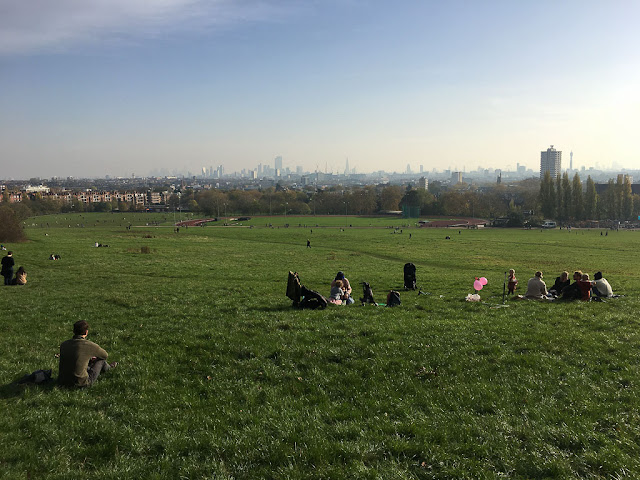 The "blue skies" of my post title are not just metaphorical. Yesterday was spectacular. Olga and I went to Hampstead Heath, and you'd never know there's a lockdown going on. People were out in droves. The temperature was 56° F (13.3° C) and the sun was shining. I admit I was a little nervous being around so many people, even outdoors, but for the most part I was able to steer around the bigger groups on the paths and sidewalks.


Here's a minute-and-a-half video with some highlights of our walk. You can see the crazy numbers of people out and about in the second segment.

I saw one woman wearing a Christmas sweater -- WAY TOO EARLY! Another woman said to Olga, "Hello handsome!" Poor Olga, always being mis-gendered. A mother, father and teenage daughter walked past me, with the father looking down at his phone and tapping away, and the daughter looking sulky. "Please could you hurry up," the woman said to the daughter trailing behind her, "and smile." (You just know that walk was Mom's idea.)