Shave and a Haircut 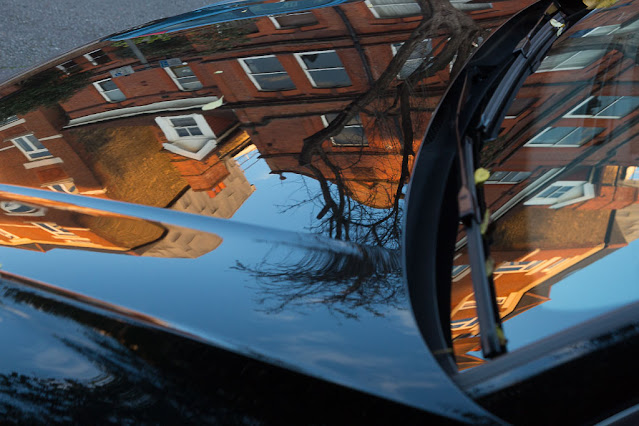 Well, it's 5:55 a.m. and I'm already out of the shower. I've found that if I get up before Dave and take a shower first thing, he can then colonize the bathroom and I don't have to worry about squeezing a shower in after him. Because here's the thing: I am very fast in the bathroom, and Dave is very slow. If I wait until he's done, getting out the door on time is a challenge.

You remember the show "Queer Eye for the Straight Guy," from the early 2000's, right? One aspect of the show focused on personal grooming and instructed men to buy all these ridiculous skin and hair care products, in addition to getting facials and whatnot. Dave absorbed some of these lessons, because he's always been more of a "products" person than me. I am a bar-of-soap kind of guy. Literally, that's all I need. Oh, and toothpaste, and shaving cream.

Of course, not having hair gives me a huge advantage in this department.

I did recently buy an electric razor called a "skull shaver," which I'm going to use to shave my head. Up until now, I've been using disposable razors. But I'm finding as I get older they're a little harder to work with -- maybe I'm not as agile as I used to be. (Plus, disposable plastic -- not a great idea.) I haven't tried the "skull shaver" yet but we'll see how it goes.

Blog reader Frances, who lives just north of London, was kind enough to mail me some cuttings from her Christmas (or possibly Thanksgiving?) cactus, which has white blossoms. The cuttings arrived yesterday and I popped them into some soil right away, so we'll see how they do. I don't think I've ever received cuttings by mail before! Hopefully they'll work out -- I'd love a new color of cactus. Thanks, Frances!

I'm relaxing a little more about Trump and the election. I've decided he's basically just playing with us all, the way a cat plays with its prey. He likes to create chaos and watch us all struggle to cope. But as it's become more and more apparent that he has no evidence of election malfeasance, his support is weakening among fellow Republicans. I think he basically just wants his own TV show, where he can receive the adulation of the crowds that love him, and stir the pot more and more. That's fine with me. I won't be watching.
Posted by Steve Reed at 6:33 AM