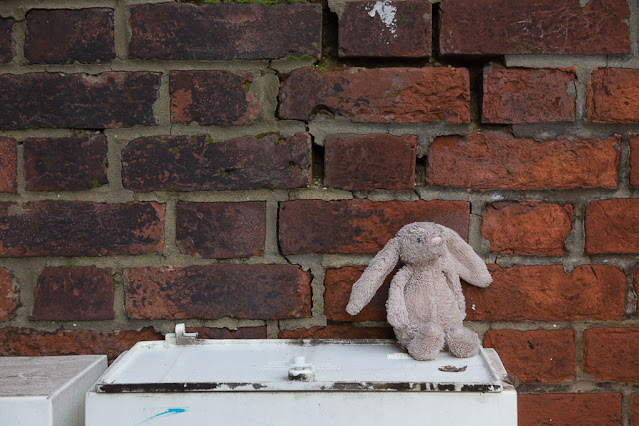 I'm not sure my new "skull-shaver" device is going to work out. I've discovered that in the instruction book, we are warned in BIG CAPITAL LETTERS that we shouldn't use it to shave more than two days' worth of hair growth. In other words, if I use it, I have to shave my head every other day! I usually shave once every two weeks or so. I don't want to be a slave to my skull-shaver.

It's also not nearly as effective as a razor, which leaves my head completely smooth -- I'm still stubbly after I use the skull-shaver. Overall I'm not that impressed. But I'll continue to give it a chance and see how well I adjust.

In other adventures in retail, I bought two new pairs of chinos from Land's End. I am down to one pair of work pants, which I've been washing and wearing repeatedly for the last few weeks, and I really need a few more. They were supposed to arrive Saturday, but I got a text from the delivery company saying they'd tried to deliver them but I wasn't in. Well, that was a load of hooey because I was having them delivered to school, where there's always someone to accept a package. They didn't come Sunday or Monday either.

And then I realized I'd given Land's End the wrong postcode -- I gave the address for school but the postcode for our house. I called to correct the problem and they said they'd get the package relabeled, but I've heard nothing in the two days since and I suspect it's probably gone back to the retailer. I'll get the pants eventually, but what a hassle. Sigh.

When I got home from work yesterday, I had just enough daylight left (before it got dark at 4:30) to finally rake up all the leaves from our walnut tree and our Japanese maple. I piled them at the back of the garden, where they can break down on their own and hopefully provide some shelter for bugs and other critters over the winter. The dry walnut leaves smell really wonderful -- kind of spicy. I wish I could blog that smell so you could experience it.

On Netflix, Dave and I have finally finished "Borgen" and "The Queen's Gambit," both of which were excellent. Now, we've moved on to a BBC miniseries called "Roadkill" with Hugh Laurie, which we like -- but it's only four episodes, so we'll polish that off quickly. Then, on to "The Crown"!

The other day we watched "The Boys in the Band," which I enjoyed. (I'd meant to mention it but forgot until Ms. Moon reminded me.) It's a remake of a 1970 movie about gay men in New York -- which was itself based on a play. By our modern standards it seems a bit overwrought, but it was written when gay men faced tremendous discrimination and were still told by society that we were mentally ill. So as a product of its time, it's very effective.

It reminded me that back in 2009, when I lived in New York, I watched the original and realized it was filmed in my neighborhood!

(Photo: A lost stuffed animal in West Hampstead.)
Posted by Steve Reed at 6:17 AM