Ups and Downs and Ups 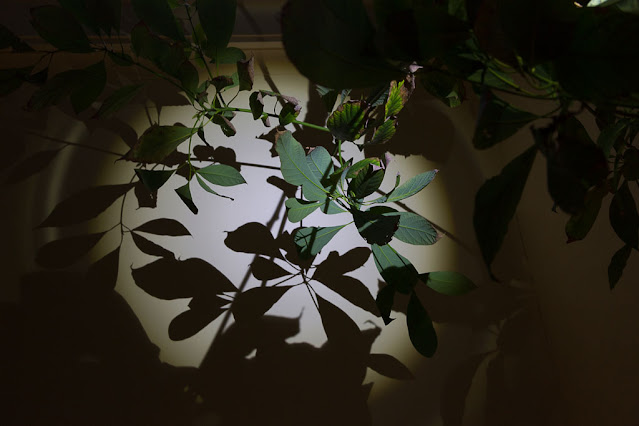 How many ways can I photograph our avocado tree? Hmmm...

Seriously, taking pictures at this time of year becomes a challenge, since I'm at work all day and it's dark during my free time. And an even bigger challenge now that the aging dog is less enthusiastic about her morning walks.

So what about this crazy election? Good grief! What a roller coaster. I was fairly sanguine yesterday morning about the prospect that Biden might lose, but as the morning progressed I got more and more depressed. At least there wasn't the paralyzing shock that followed the election of 2016 -- everyone knew this race would be close. And then Biden's fortunes seemed to reverse (as the experts said they would) with the counting of the mail-in ballots, and now, here we are, apparently within reach of victory.

You want some dark entertainment? Go to a right-wing news web site (the more extreme the better) and read the reader comments. Trump's far-right minions are furious. Many exhibit a basic misunderstanding of the vote-counting process and sling a lot of warped accusations. ("The Democrats are STEALING THE ELECTION!") More frighteningly, some are pledging secession and vowing to take their guns to the streets. They're using the words "civil war."

Seriously, everyone needs to calm down. I said to myself all along that in a pinch, I could survive with either man as president. It's just the presidency. We're not electing someone to be God. 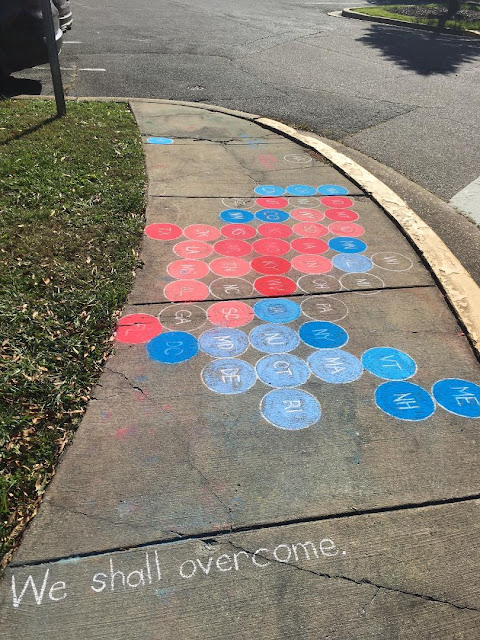 My friend Liz sent me this photo of some cool street art in her neighborhood near Washington, D.C. This was taken before Wisconsin and Michigan went blue, obviously.
Meanwhile, here in the UK, it's Bonfire (or Guy Fawkes) Night. We've been hearing the pops and crackles of fireworks for several nights now. We're doing nothing special to celebrate, especially since there's a national lockdown beginning today, but maybe we'll see some fireworks set off by our neighbors.

There have been some crazy stories about huge parties and gatherings being busted by the police prior to our lockdown. Over the weekend they shut down an illegal rave in Hampstead. Look at these pictures! No wonder Covid cases are increasing. (Similar things have been happening in the states.) 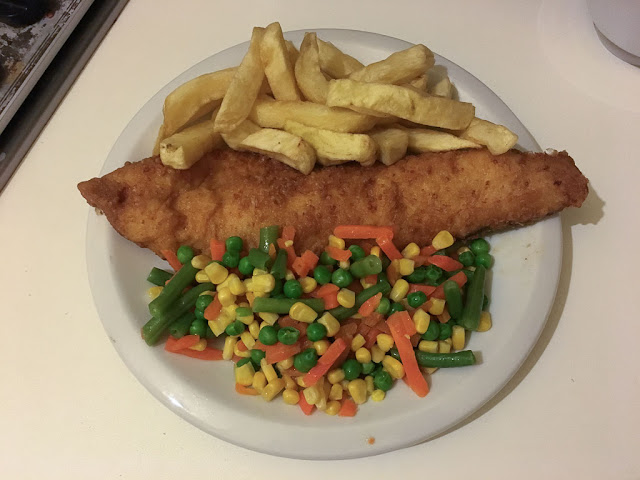 On Friday night Dave and I wanted to get take-away rather than cook. I had the bright idea to finally try Nautilus, a nearby fish-and-chip shop that I've pictured here before. As you can see, we each got a big ol' slab of haddock plus chips -- I added the veg myself. It wasn't cheap but it was good. (I'm kind of a ninny -- I don't eat the breading. I know some people would find that sacrilegious, but I'm trying to take care of my blood vessels.)

I'm about to embark on my annual Dickens reading project. This year I'm going to read "The Pickwick Papers." I have a stack of about six New Yorkers and some other magazines to get through, too, and that's stressing me out. I may just recycle them and start fresh. Sometimes it's got to be done.
Posted by Steve Reed at 6:47 AM