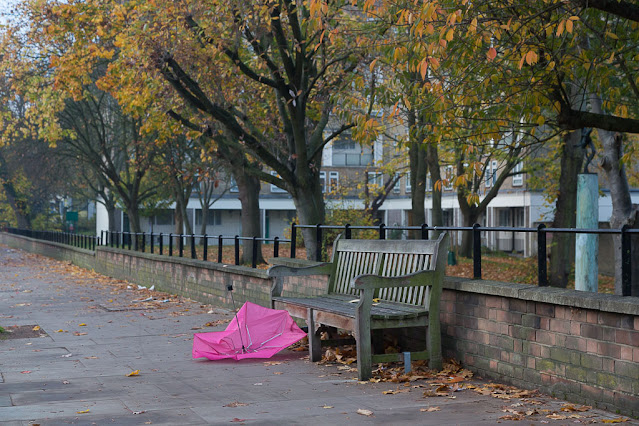 I'm glad you liked yesterday's photos. That may be the shortest blog post I've ever made! Honestly, it was borne of necessity -- I was running late for work and didn't have time to write. Today I was up early so my morning is a little more mellow.

Not that it's relaxing, exactly. Trump is continuing to drag us all along on his personal campaign of imaginary grievances, so the news is stressful. We all knew this period between election and inauguration would be bad, but I'm disappointed at the degree to which others seem to be supporting his charade. Dave has basically forbidden me from reading right-wing media because the commenters freak me out so much, with their calls for resistance and armed insurrection.

Even the Times freaks me out. Thomas Edsall set forth some sobering possibilities for the government in his most recent column. Don't read it before bed.

I don't want to dwell too much on all that. After all, beyond Trump's imaginary fraud claims, it's just "what if" speculation. But I find it terrifying to be in such uncharted waters. I'm hoping that Trump will realize that destabilizing the nation is bad for his business interests, and that might help him see the light. If he'll respond to anything, it's the almighty dollar.

A couple of days ago, a student checked a book out from our library called, "Could You Survive in a Dystopia?" It's billed as "an interactive doomsday adventure." I thought to myself, "Kid, we're living it!" 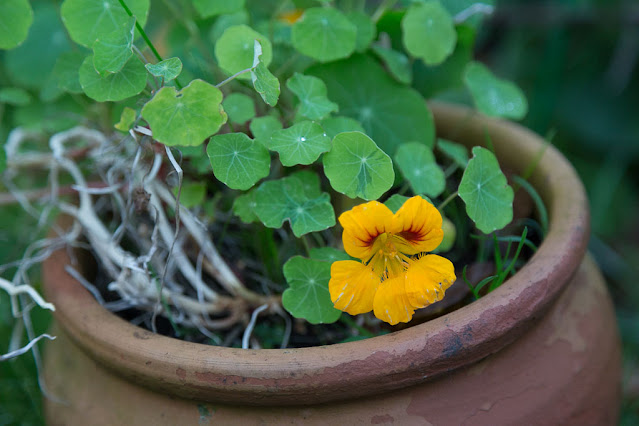 Our nasturtiums are still bravely plugging away, which is pretty impressive in mid-November.

Oh, and those foxglove seedlings I spent hours replanting on Sunday? Squirrels got into them and dug several of them up. Aaaargh!

Dave and I watched a fascinating documentary on Netflix called "Disclosure," which is one of those terrible one-word titles that are so in fashion now and that I can never remember. (I just had to look it up.) It's about the depiction of transgender people over the years in media. I never realized how many transgender characters we've seen, even incidentally, on television and in the movies -- and rarely have they been shown in a respectful light. I've mentioned before that one of my own childhood media scars came from seeing a gay character on "Barney Miller," a swishy guy who kept getting arrested for picking up men in the park. Well, "Barney Miller" surfaces here too, with a transgender character played for laughs. Some of those old shows were more problematic than we ever realized at the time.
Posted by Steve Reed at 6:32 AM