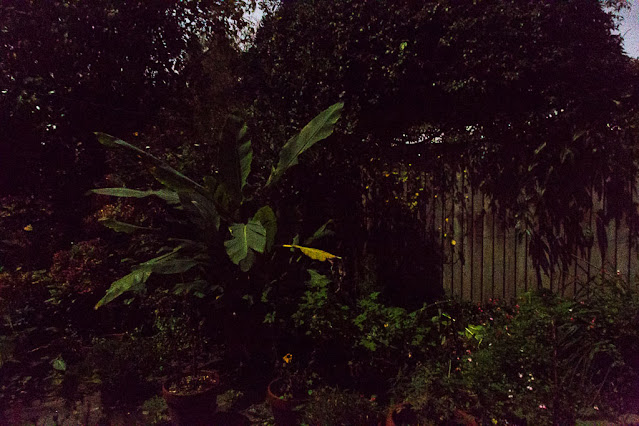 This photo of our patio may look dark and unremarkable -- but consider that it was taken at about 3 a.m. by moonlight. That's how bright the moon was last night. As I was up wandering around, keeping an eye on the news, I experimented with the camera to pass the time. I think it's pretty cool, and interesting that the image retains so much color -- more color than my own eyes were capable of seeing at that hour.

Dave and I didn't try to stay awake to see the election results come in -- it was the wee hours of the morning here by the time the polls closed on the east coast, so that wouldn't have made sense. Instead we went to bed as usual and then woke up and checked results between intermittent dozing.

So far it's unfolded about as I expected. I had hoped Biden might pull off a win in Florida, but I told Dave yesterday that I'd be stunned if it happened -- Florida is generally red as a rule -- and indeed it has not. I knew all those dreams of a nationwide blue wave were unlikely. I stand by my skepticism of the polls and my belief that a lot of Trump voters either don't talk to pollsters or lie about their voting intentions.

Of course I'm still hopeful, but I'm also resigned to the possibility that we may have four more years of this awful man. What I struggle to comprehend is what so many people see in him. I think a lot of Republican voters probably stayed loyal to their party in spite of Trump,  for business reasons or the perception that their taxes would be lower. I think his demonstrated support of Israel probably won him some friends. There's a cultural struggle over the coronavirus, and those who want us to plow ahead and let Darwinian principles decide who lives and who dies see him as their man.

I am also reminded that personally, I really am an outlier -- an educated gay man with professional skills, no kids and the opportunity to live overseas. I understand that I do not have the same concerns or struggle with the same issues that many Americans face. I don't have opioid-addicted relatives, my finances are relatively stable (if a bit shallow on assets, given that I don't own a house), I don't have to send kids to college, I'm not religious, I haven't fired a gun since childhood summer camp, and I have a job that (so far) has been coronavirus-proof. Trump's appeal is mystifying to me, but admittedly, I'm coming from a different place.
Anyway, we'll see what happens. 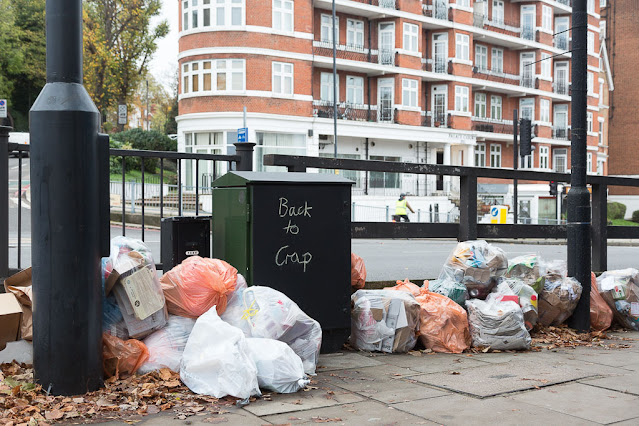 Meanwhile, in London, the crap corner was looking especially crappy the other day. There's probably a metaphor in there somewhere.
Posted by Steve Reed at 7:01 AM