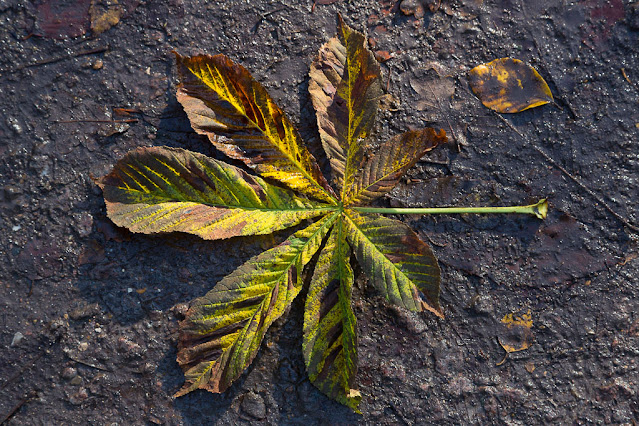 The rain finally stopped yesterday morning, leaving the ground muddy and the puddles deep. Olga and I set out for a slippery walk on the Heath. 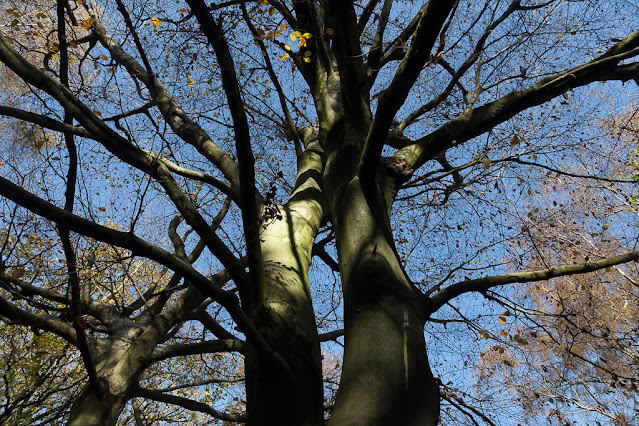 The Lulu Trees have lost nearly all their leaves. It seemed to happen so suddenly -- I swear they were green just a few weeks ago. 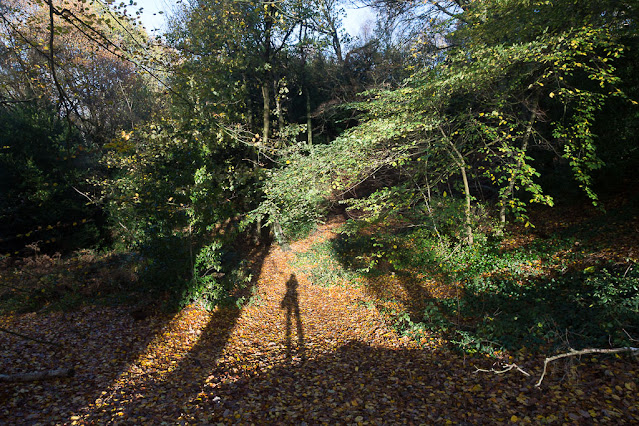 I interacted with far more people than usual on this walk. First, I ran into a couple of my co-workers -- a married couple -- out for a stroll.

A short time later, a Polish woman waved me down and said she'd found what appeared to be a lost dog. She pointed it out -- an aged Yellow Lab -- and indeed it seemed to be wandering aimlessly in the woods. If a dog can look worried, it did. I approached it slowly and grabbed its collar, and read the tag, which said, "Codie -- If I am alone, I am lost! Please call" and gave a phone number. (Clearly this has happened before.)

So I called, and a man answered and said his wife was on the Heath with the dog, but he couldn't reach her because she'd left her phone at home. As he prepared to come and find me himself, I suggested to the Polish woman that we take Codie up onto the road that runs through Sandy Heath, where we'd be more visible and perhaps her owner would see us. And indeed, a few minutes later, a young guy showed up -- the son of the man on the phone -- and reclaimed poor bewildered Codie.

Olga, meanwhile, barked like mad through this entire ordeal. The fact that we'd stopped to help a random dog annoyed her to no end. 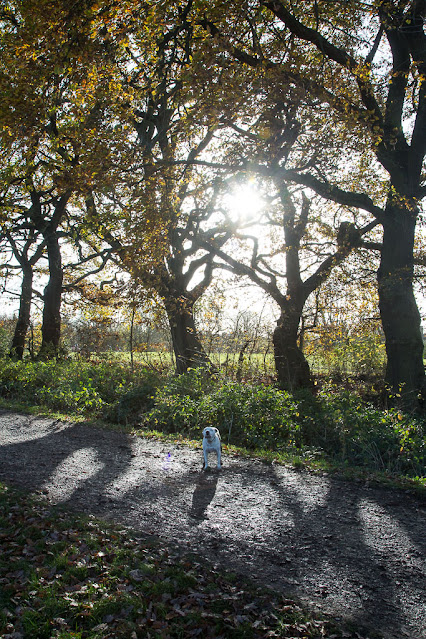 A short time later, another dog approached Olga and as they gave each other a sniff, Olga dropped her tennis ball. The other dog attempted to steal it, which set off a snarl-fest, and as I grabbed Olga's collar, the other dog made off with the ball. Its owner chased it around a field yelling "BAD DOG!" to no apparent effect, until he finally caught up with it and Olga got her ball back.