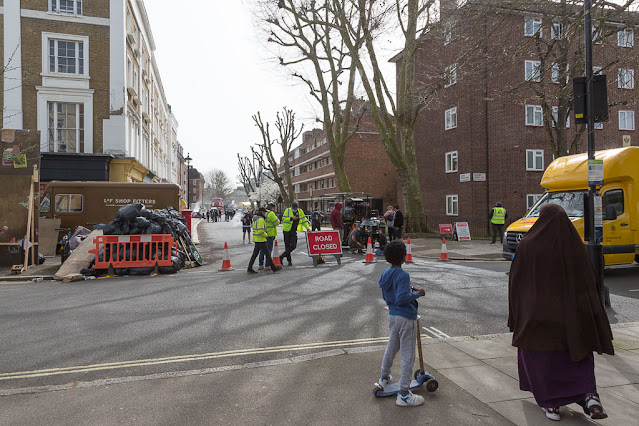 I went for a walk at lunchtime yesterday and came across some commotion on a street near the school. It was a film set, with location trucks and lots of personnel standing around, and a few curious observers lurking nearby. 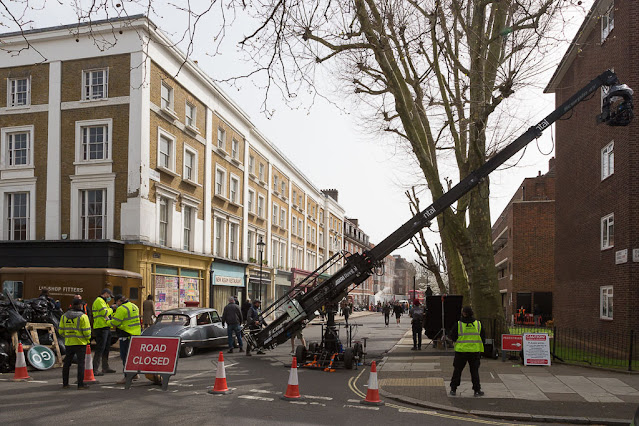 I walked by again a few minutes later, and a camera had been extended into the air on a long boom. 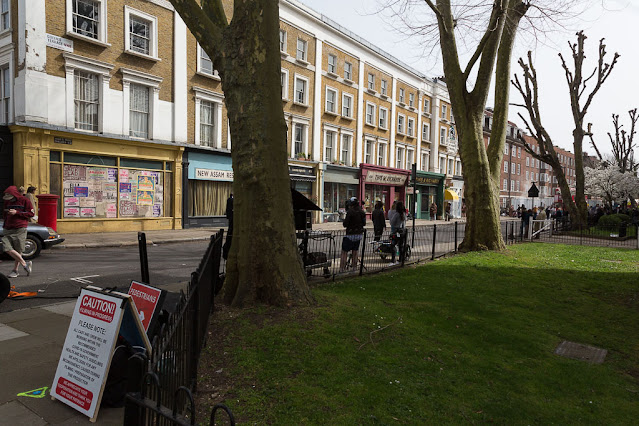 Then I noticed the shops along the street had all been altered. Usually they're empty and mostly blank-windowed and white-faced. They've been spiffed up with some colorful paint and old-fashioned signs. 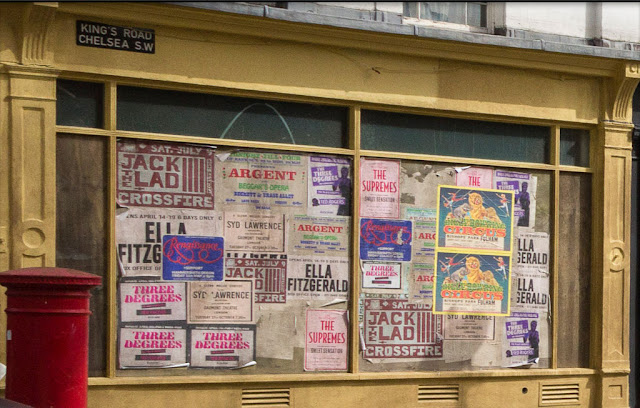 And look at this window, with all the music posters. Ella Fitzgerald? The Supremes? The Three Degrees?

As you can see from the faux street sign, this tiny street has been turned into a simulacrum of the King's Road in Chelsea, back in the 1970s. I asked a guy standing around what was being filmed, and he told me it's a six-part TV show called "Pistols." I imagined a cop drama, but then when I got home I did some research and I think it must be this. (It's actually called "Pistol," singular.)

Anyway, kind of cool coming across that unexpectedly in the middle of a humdrum workday.

We are off work now, though, for Spring Break. Woo hoo! We'll be taking it easy through next week. Unfortunately, the weather is not cooperating. We've had sunny, balmy temperatures in recent days, but last night was chilly and things are going to continue to get colder -- down to 28º F (-2º C) on Tuesday, I believe. Even snow is in the forecast! I'll have to drag the potted plants inside once again, and I'm not sure what to expect for the seedlings and the new growth on all the trees and shrubs. I suppose many of them are designed to withstand cold temperatures in early spring, but still -- as Queen Victoria reputedly said, "We are not amused."
Posted by Steve Reed at 6:14 AM