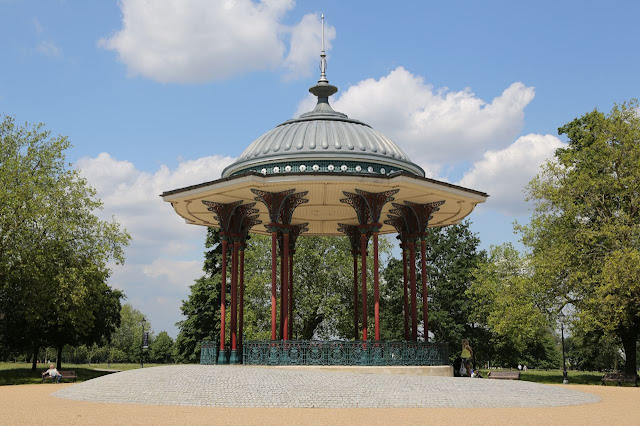 Have you ever heard the 1979 song "Up The Junction" by Squeeze? It starts like this:

With those lyrics echoing in my head I went walking in the south London neighborhoods of Brixton and Clapham on Wednesday, with Clapham Common my eventual destination. I haven't done much photography south of the Thames, so I wanted to extend my range a bit and see a new part of the city. 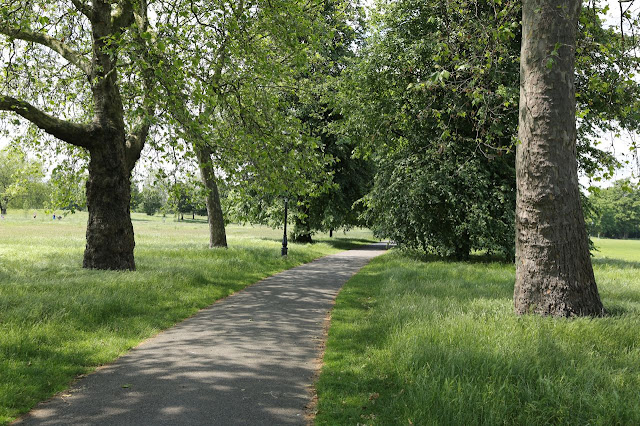 The Squeeze song is pretty bleak, overall -- a working-class tale of woe about an overworked guy who has a baby with a thankless woman, then gets jilted for drinking too much.

Fortunately, the common itself isn't bleak at all -- at least not now. (Maybe 1979 was another story.) It's a big, grassy park with a historic Victorian bandstand, several ponds, walking trails and a skatepark. The smokestacks of the Battersea Power Station are just barely visible over the treetops. 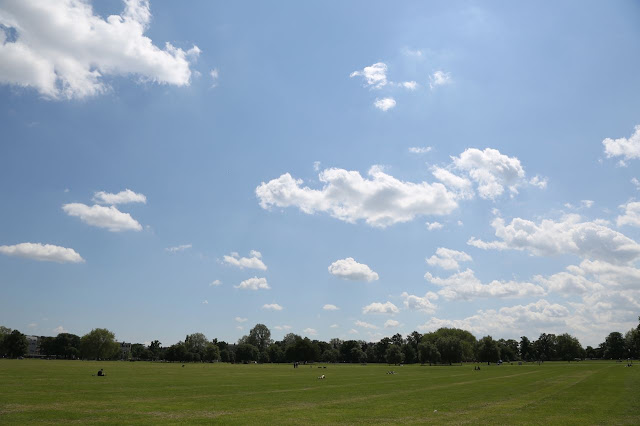 I can see how it would be windy out there, can't you?

It's a good thing I got some walking in, because as I understand it, the rest of the week is supposed to be incredibly rainy. In fact, an article in Wednesday's newspaper said we're in for an "umbrella summer." Something about low pressure and whatnot, apparently lasting through the Olympics and beyond. (I wonder how meteorologists can project that far into the future?)
Posted by Steve Reed at 6:54 AM

They're all wonderful, but that last shot is stunning. It looks like you could skip from one cloud to another --

I lived pretty close to Clapham Common, back in '79- it was rough edged and a place ( Brixton) where you got marketing done as quickly as possible to scoot on home just as quickly. Looks beautiful now- When was the clean up- was it especially for the Olympics?
The rain! It has been said that with global shift, places that are rainy become more so- every weather pattern exaggerated. So, though the grey may get you down and the wet...I think it a wiser choice than the fires of hell...

Ah, an umbrella summer to go with your umbrella spring!

Elizabeth: Thanks! Wide open spaces are a rarity in any city!

Linda Sue: I actually started my walk in Brixton, which I thought would be a much rougher area than it is, given the rioting there in the '80s. And yes, I would rather be wet and chilly than broiling!

Bug: Indeed. I guess it's all the same "umbrella."